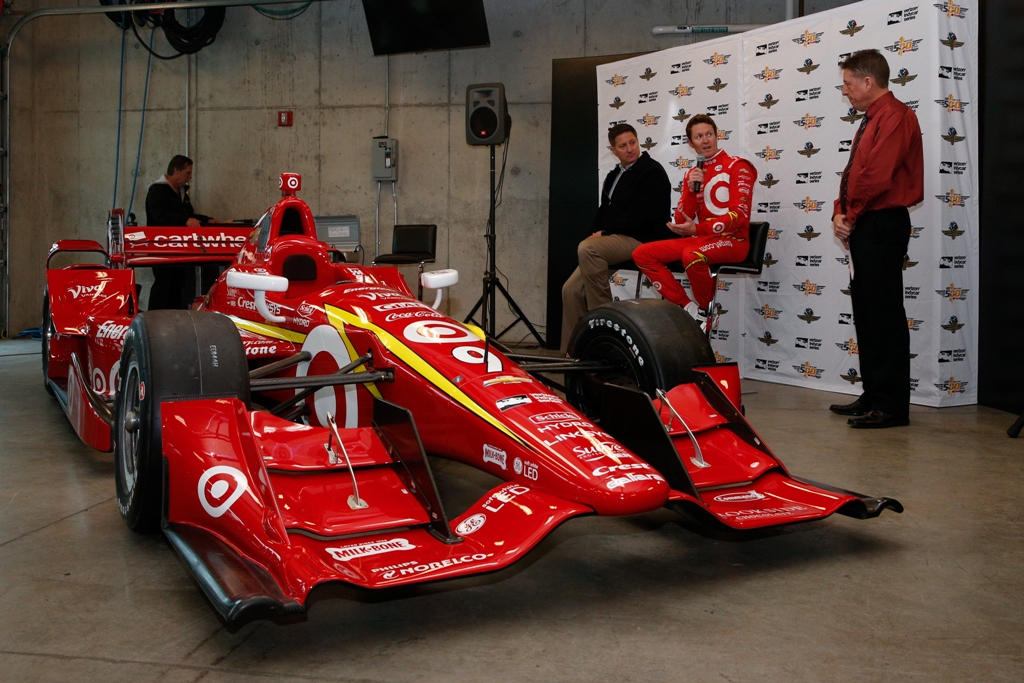 Through the years 1995 to 2001, Chip Ganassi Racing featured a famous lightning bolt on board their famous red and white livery for the Verizon IndyCar Series. During that time, the team experienced a lot of success on many levels. For 2016, that lightning bolt will return to the track as it is featured on a throwback livery that Scott Dixon will run on the No. 9 Target Chevrolet.

Steve Lauletta, the President of Chip Ganassi Racing, said the team took the idea to Target and in discussing the memories that it brought back, as well as the history that Dixon continues to add to the team, the sponsor jumped on board.

“With the historic nature of this season, we wanted to go back and celebrate where we’ve been with them and give Scott the chance to win races and hopefully another championship in this great paint scheme,” Lauletta said.

Discussions had been made over the years to bring back the scheme in other forms, but Lauletta admits that none of those scenarios felt right. However, being that this year features the 100th running of the Indianapolis 500, it was “obviously the right away”. The appreciation for history is something can immediately be sensed with Dixon.

“It’s very cool to see the paint scheme,” he commented. “It was actually the very first Target car in ’97 I saw when you went to my first IndyCar race in Vancouver and then to Laguna Seca that same year. Brings back a lot of great memories, great drivers, too, Vasser, Zanardi, Herta, and Montoya.

“When I came round 2002, the paint scheme had moved on and changed from that point. For me, obviously this group being together for so long, 27 years with Target, an amazing ride. Hopefully this year with the hundredth running, bringing back this iconic paint scheme, we’re obviously hoping for big things.”

Dixon is coming off an incredible season that saw him score his fourth career Verizon IndyCar Series Championship with three victories on the season. Now with the historic paint scheme, he is hoping to continue those winning ways.

“It always wins one way or another,” he commented. “I think the race in ’97 at Vancouver, I believe Zanardi had a problem in qualifying or went to the back of that race and drove through and went on to win that race from the back of the field.

“Yes, hopefully we can start at the front, stay at the front, and win definitely a few races this year. Obviously with the iconic running of the hundredth running of the Indianapolis 500 is something a lot of us try to win no matter what year, but with the special occasion, this year, you know, we would like a little bit more.”