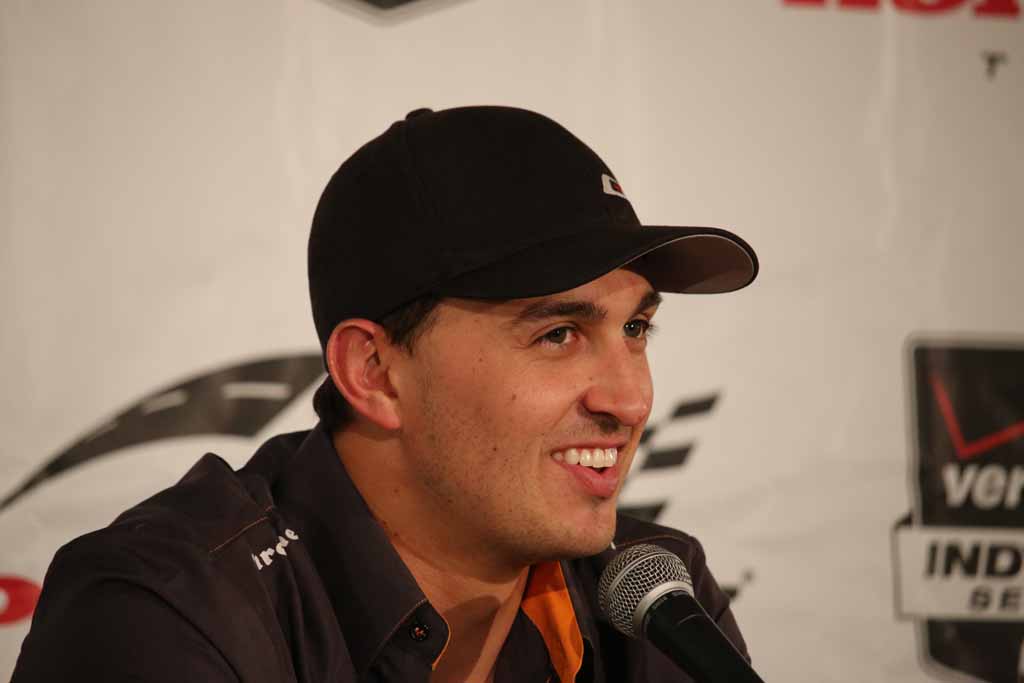 While many people looked up to and upon the accomplishments of Bobby Rahal, Graham knew him under one simple name – daddy.

There would be those who’d come up to him and say something, want an autograph, but yet there’s not a big deal or thinking something is unusual about it, as that’s what you come to know. As Graham said earlier this week, “The thing is, you grow up around it. You’re part of it.”

Things change as time goes forward, though, when you take the challenge of stepping into the shoes and trying to accomplish the same feats that he accomplished. Rahal said in trying to make his own mark in IndyCar is when he really began to appreciate everything that his dad accomplished.

“All of a sudden you get put into this position and you have good years, you have bad years. The pressures that go along with it,” he said. “You realize, Dad did this, he achieved that, won Indy, Daytona, Sebring. You know how hard that is to accomplish. You don’t appreciate that until you’re there trying to do it yourself.

“For me, racing my whole life has been it. It still is. There was never anything unusual about it. Being a Rahal was what I was born into. People ask that a lot. But I don’t know different than that.”

Over the years, Rahal has worked at making his mark, and easily last year can be called his break-out season. With six podium finishes, Rahal had his best ever finish in points with a fourth, scoring a pair of wins along the way.

The first of two wins on the season came at Auto Club Speedway, in the midst of a race that saw multiple passes for the lead throughout the entire event. The Rahal Letterman Lannigan Racing driver says it was a relief to score the victory there so everybody could stop asking when his second career victory would happen, following his first win in 2008.

“I was so sick of answering questions about it,” he commented. “For so many years, I don’t know of my 20 podiums or whatever I’ve had, I finished second 15 times. I was always close but never seemingly could get that second win. Fontana relieved that pressure.”

The second win would come later on in the season at Mid-Ohio, in which Rahal calls the “greatest, single day” of his life.

“For me to do Buckeye helmet, Honda being right there, being home. It was the first time I think ever in my career that my whole family was at the track together, my siblings, mom and dad and everybody. To have a day like that was a dream come true,” he said. “I don’t know that you could ever repeat that again. I mean, I just don’t know that it would ever have the same sort of spark. But it was a special day. It was a heck of a lot of fun.

“I still watch it and enjoy the moment. It feels just as good as it did on that day. But you don’t get experiences like that very often. So for me, had I been able to accomplish everything, someday when all this is over, if you had won everything except that race, I think I would have always, you know, hated it, that feeling. So to get Mid-Ohio out of the way was awesome.”

Rahal now heads into the new season, hoping to possibly repeat some of that magic once again, and even make bigger magic in the form of a possible championship. If Rahal is able to do so, he would become the first driver in awhile to win the championship under the age of 30.

“I think it would be cool for somebody under 30 to do it,” he commented. “At the same time you have to appreciate the guys that are currently doing it. Scott Dixon, no matter how you look at it, he’s going to go down as the best ever, certainly one of them. Guys like (Will) Power, Helio (Castroneves), (Juan Pablo) Montoya. These guys have been champions for a reason. You’re competing against the best to ever do this. It’s cool for guys like us. We’re still young guns, I suppose, but you’re getting the opportunity to race against guys that, quite frankly, I watched as a kid. Dario (Franchitti) isn’t doing it anymore. But that opportunity you don’t get too often. That was pretty unique.

Another big fun possibility on the season – winning the 100th Running of the Indianapolis 500. Rahal likes his chances, in a strategical sense.