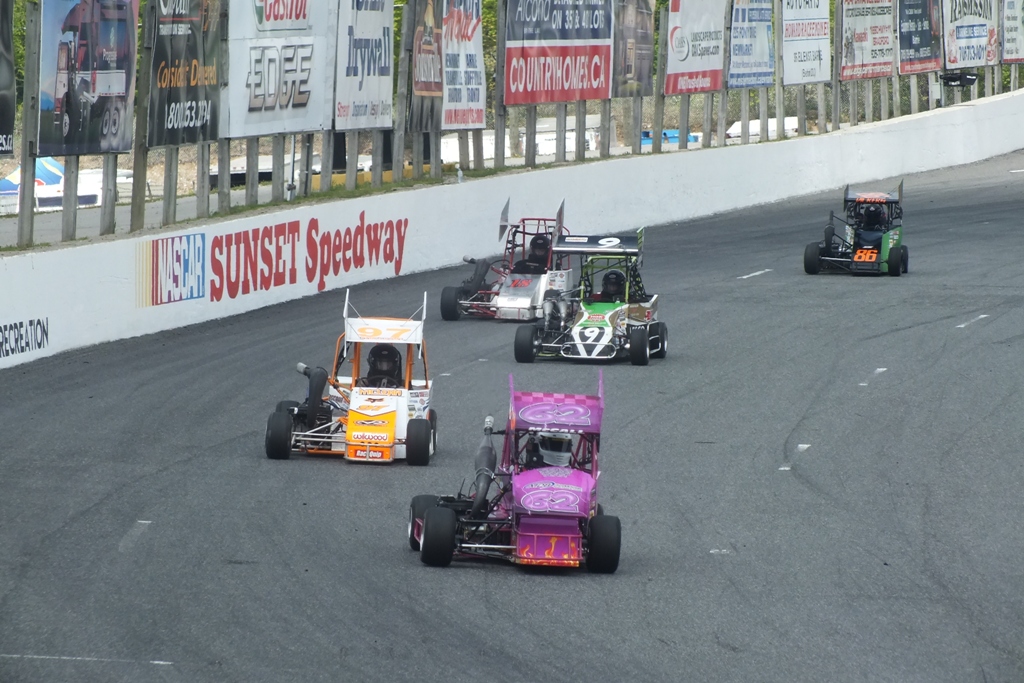 In the past when fans have attended races for the OSCAAR Midgets (formally known as the Hurricane Midgets), they may have noticed how rough the cars can be over the bumps on the track surface. With that mind, an idea was brought forth by Charles Priestley to change things moving forward.

Priestley originally tried to create a suspended midget class a few years ago, but there was not enough ground work in place to make it happen. Though with a successful 2015 campaign under the belt for the OSCAAR Midgets, it seemed the perfect time to launch a new series.

As a result of all these pieces coming together, the OSCAAR Pro Midgets Series was developed, officially announced in December and set to debut this season.

The new rules for the series will include a spec wing, specific engine rules, spec suspension system and additional safety built into the cars. The suspension comes about in trying to make the ride smoother for drivers, as a result of having to deal with the bumps of the past.

“Some of these tracks aren’t smooth anymore and it’s not their job to pave it for us, so we have to accommodate ourselves to be ready for them,” he commented.

Since the announcement, the interest in the series has blossomed, with many fans and prospective drivers showing interest.

“It’s been fantastic,” Priestley said. “I think we have 12 cars ready for the drop of the green flag, and it’s only February. It’s really taken off better than I thought.”

For fans when they hit the track, they’ll notice that these cars will ride smoother, not “bouncing around the corner” as the regular Midgets do, as well as the Pro Midgets having a bigger wing. As a result, it could produce lap times for the OSCAAR Pro Midgets that are perhaps a second quicker than the OSCAAR Midgets.

For their debut season, they will compete in 12 events schedule across the province of Ontario, operating on a separate schedule than that of the OSCAAR Midgets with their own point standings and 25 lap features. For a debut series, it certainly holds a certain level to be able to have the commitment from across the province of Ontario. Priestley feels that is something that has come as a result of the reputation that he built through the Hurricane Midget development.

“When I started with the Hurricane Midgets, I only had nine cars, and I built that club into 35 cars,” he said. “I think they trust us to do it all over again, and we will, and they do believe that I can do it.”

While there are certain reasons and values for starting the series, there is also a core value in what Priestley hopes to accomplish with the series – returning back to the basics of racing, in creating an affordable series where anybody can run against each other fairly without budget being part of the equation.

“I’m trying to build a new series with no money involved,” he explained. “I don’t want money to be the main focus of this. This will be very cheap, economical way to go racing.”

He then went on to explain how he wants to have a series where anybody can come in and build their own cars and stuff, without being dictated in whom should do everything for them. The idea is to have everybody come out for a fun Saturday evening where they can spend time with the family, barbecue, and race without politics being part of the equation.

Putting together the perfect pieces for both divisions is important, as Priestley feels that there is room for improvement after last season, despite the OSCAAR Midgets boosting 20 to 25 cars on a weekly basis with some of the closest competition in Ontario.

The new series, along with other changes within Midget racing in Ontario, bring forth a lot of questions as to how everything will be across the board in relation to success with car counts and competition. With three months ahead of the season, it seems everything looks positive at both ends with OSCAAR as both the OSCAAR Midgets and OSCAAR Pro Midgets look to have a solid foundation put in place, with a solid amount of drivers backing the effort.