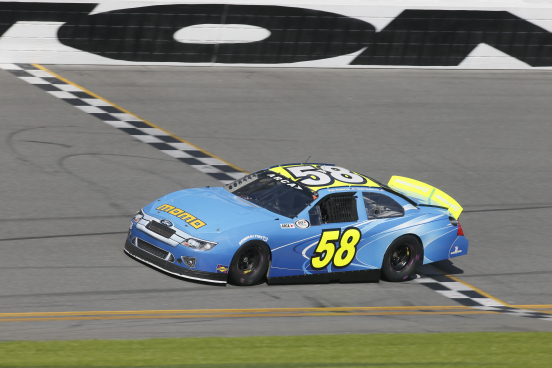 MOORESVILLE, N.C. (February 5, 2016)—Announced today Kyle Weatherman, will occupy the seat of the No.58 Lira Motorsports Ford during the 2016 ARCA Racing Series presented by Menards season. Kicking off the year, he will make his superspeedway debut on Saturday, February 13 at Daytona (Fla.) International Speedway in the Lucas Oil 200.

“I am really excited to get behind the wheel of the No. 58 Ford Fusion down in Daytona,” Kyle Weatherman said. We have worked really hard in the shop the past few weeks, and our hard work is going to pay off.”

“During the off-season, my guys have given 110% of effort into getting this car ready for Daytona, and we look to carry that momentum to the track each week as we strive to win races and claim the championship at the end of the year!”

The 18 year-old Wentzville, Missouri native and Roush-Fenway development driver will buckle in behind the wheel of the No.58 Fresh Water, St. Charles Glass, Ford Performance, MOMO, and Traqgear Ford Fusion. Veteran Crew Chief, Sam Schram will call the shots for Kyle this season. Weatherman and Schram worked one on one during the open test in January.

The Lucas Oil 200 at the Daytona (Fla.) International Speedway will kickoff the 64th season for the ARCA Racing Series and be the preliminary event for the NASCAR Sprint Unlimited. Fans will be able to watch a live broadcast on FoxSports1 beginning at 4:15 p.m. ET.