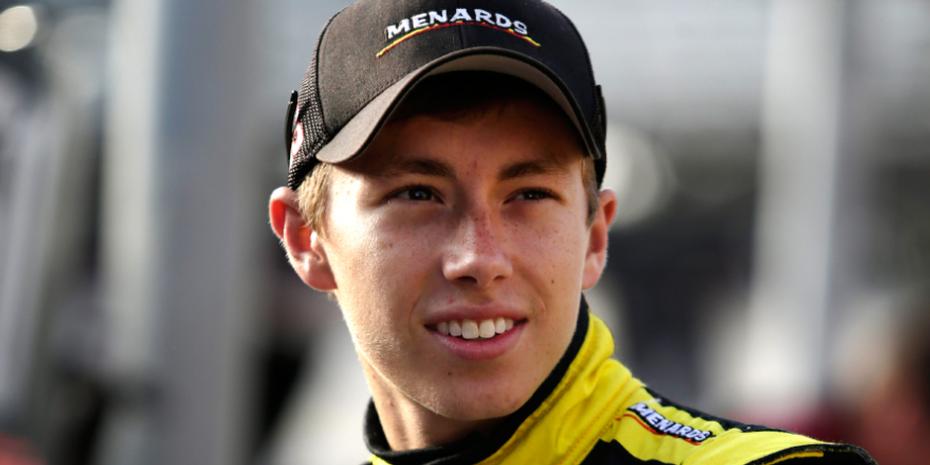 Jones, who turns 19 years old two days before competing in the Powershares QQQ 300 in Daytona Beach, Fla., will make his 2016 Truck Series debut on May 13 at Dover (Del.) International Speedway. In 25 previous NCWTS starts, Jones scored two second-place finishes while racking up five top-five and nine top-10 finishes. Additionally, after competing in 17 NCWTS races in 2015, Jones accumulated an 8.9 average starting position. Sponsorship for Jones’ RRMDM NCWTS team will be announced in the upcoming weeks.

Jones and the RRMDM ARCA Racing Series team will first take to the track at Pocono (Pa.) Raceway on June 3. In 13 ARCA Racing Series starts, Jones has scored eight top-five and 10 top-10 finishes. He became the first ARCA Racing Series driver in the 62-year history of the series to win his first two starts, taking back-to-back checkered flags at Winchester (Ind.) Speedway and Lucas Oil Raceway in 2014. Jones has a 6.5 average finishing position in the series.

“Adding Brandon Jones to the Ranier Racing with MDM team is an exciting step toward meeting our goal of becoming the premier driver development team in stock car racing. Jones’ record last year in the ARCA Racing Series and in the Camping World Truck Series shows he is one of the rising talents in our sport. We are expecting big things from him this year at RRMDM,” said Lorin Ranier.

“I am thrilled to be joining RRMDM this year to compete in the Camping World Truck Series and ARCA Racing Series,” said Jones. “I have had success in both series, and I am confident we can build on that success with the help of the rich racing tradition at RRMDM and assistance from Richard Childress Racing. I am also honored to have Menards onboard as my sponsor again this year for the ARCA races and for several XFINITY Series races.”

“I’m looking forward to working with Brandon across the different series this year,” said crew chief Mike Hillman, Jr. “The ability to work with him in the different levels of racing will help develop a good working relationship with each other, allowing us to be a strong duo. Brandon has a lot of talent, and I know we’ll be able to compete in the top-five and challenge for wins. It’s going to be a great year.”

Jones returns to Richard Childress Racing (RCR) as a full-time driver of the No. 33 Menards/Nexteer Chevrolet Camaro in the NASCAR XFINITY Series in 2016. Jones shared seat time with Austin Dillon and Paul Menard as drivers of the No. 33 Chevrolet in the XFINITY Series in 2015. The Atlanta native competed in XFINITY Series races for RCR at Iowa Speedway, Mid-Ohio Sports Car Course, Bristol (Tenn.) Motor Speedway and Kentucky Speedway, earning one top-five and two top-10 finishes in five starts.

MDM-Hillman Racing was established as a joint partnership between NASCAR veteran Mike Hillman and Virginia businessmen Doug Fuller and Matt Miller at the start of 2015 to develop young talent aspiring to reach the top ranks of NASCAR competition and fielded two cars – the Nos. 40 and 41 Chevrolets – in multiple NASCAR K&N Pro Series events throughout the 2015 season.

Ranier Racing was established in 1952 by H.B. Ranier. The team fielded entries in the ARCA series and in NASCAR. Made famous by H.B. Ranier’s son and Lorin’s father, Harry Ranier in the 1970s and 1980s, Ranier Racing won 24 NASCAR Cup Series races including 3 Daytona 500s and fielded cars for drivers Lennie Pond, Buddy Baker, Benny Parsons, Cale Yarborough, Bobby Allison, Davey Allison and Tony Stewart. After Harry Ranier’s passing in 1999, Lorin Ranier continued the family business and remained in the sport as a Consultant, Spotter and Driver Development expert in the industry.