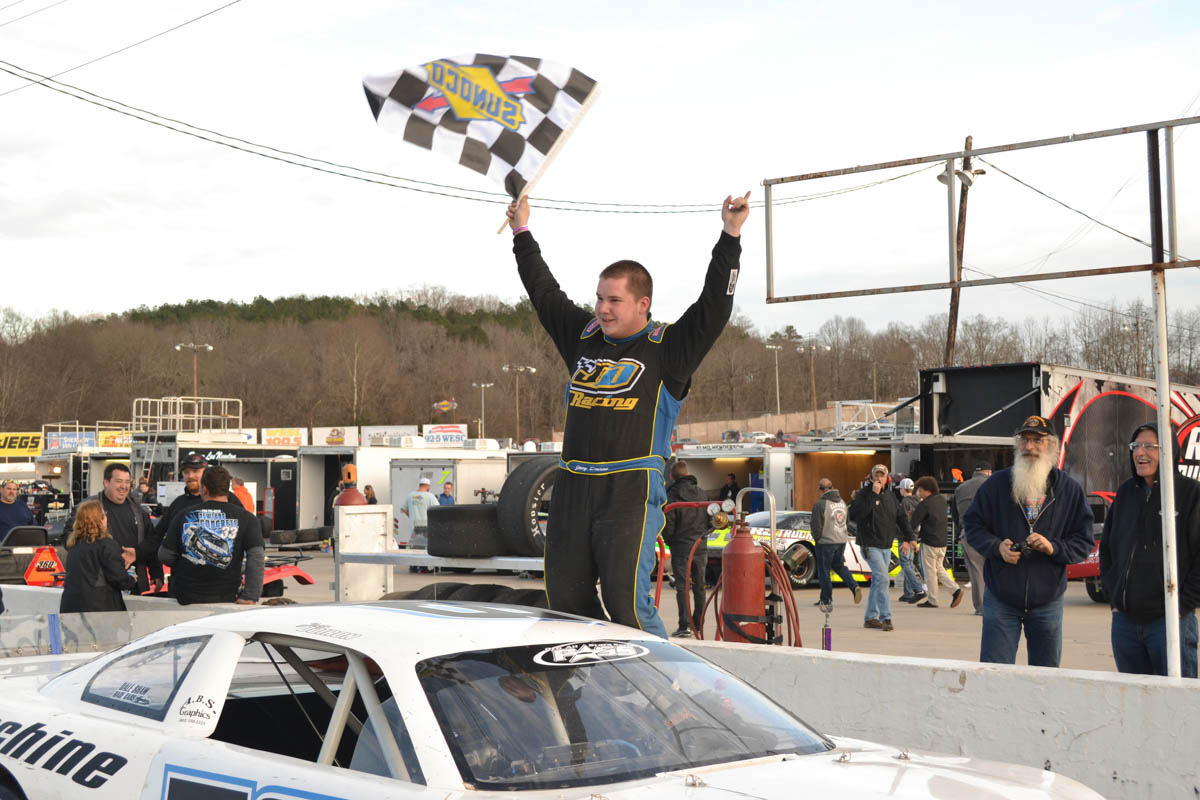 The 2016 Winter Meltdown was a phenomenal race despite the cold temperatures all day. The Pro All Star Series (PASS) was the main event on the card, while hosting the Southeast Super Truck Series (SEST), Southeast Limited Late Model Series, and the Mini Stock Mayhem Series as their companion races.

The PASS series had super late models from all over the east coast show up to take part in the event. The race started off with series veteran Preston Peltier leading the 32 car field to the green. There was several strong cars in the field and the race sawseveral different leaders in the first half of the race, ranging from Peltier, to Tyler Church and a few others. To some people, this race seemed like a endurance race which lasted almost two hours. There were quite a few wrecks in the first part of the race, and it came down to a late dash to the finish, with Joey Doiron bringing home the checkers. It marked a surprise for some, as Doiron had clutch problems at the beginning of the race and was three laps down at one point. Doiron was followed by Mike Hopkins, Peltier, Derek Ramstrom and Jeremy Davis.

The Southeast Super Trucks was filled with previous series champions, track champions, and rookies. Lee Tissot, the 2015 champion, showed up in a CM Driver Development & Leasing truck, along with 2013 champion Kenneth Headen, and Greenville Pickens Speedway Previous Track Champions Randy Porter and Anthony Anders. Also, Ahnna Parkhurst made her asphalt debut with Richard Childress Racing backing, and seemed to pick up a lot, adapting quickly as the day went on.

Anders would set fast time during qualifying for the SEST series, though would start fifth as a result of the invert. Ultimately, it was Tory Black who led the field to the green flag with Jamie Altop beside him. It did not take long before the first caution came out with Altop and Black making contact on the front stretch, handing the lead over to Kenneth Headen who had worked his way up front with Randy Porter right on his heels. Porter would eventually take over the top spot, while Anders was charging hard towards the front, passing Tissot for third.

On lap 52, Black and Parkhurst tangled coming out of turn four with both trucks able to continue. On the restart, it was Anders who moved to the front, passing Porter for the lead; Porter then pulled down pit road a few laps later with mechanical issues. The field raced hard for a few laps, with contact following between Kerry Lawrence and Parkhurst in turn two; Parkhurst was able to continue. Anders would go on to win the feature followed by Headen, Tissot, Jamie Barbrey, Black.

The Southeast Limited Late Model race was another exciting race, starting off with Mack Little leading the 18 car field down to the green flag with Anthony Alfredo beside him. Little would jump out to the early lead, dominating the first three quarters of the race. Little would lose the lead at that point, with the battle coming down to Dylan Hall and Chase Purdy swapping the lead back and forth over the last few laps. Both young talented drivers raced hard and put on a show for the fans, criss-crossing and maneuvering their rockets. Both were side by side making slight contact coming out the last corner with Chase Purdy winning the race by a mere nose ahead of Hall. Alfredo finished third, followed by Little and Luke Sorrow. Notably, Sorrow was runner up for Rookie of the Year in the Southeast Super Trucks last season.