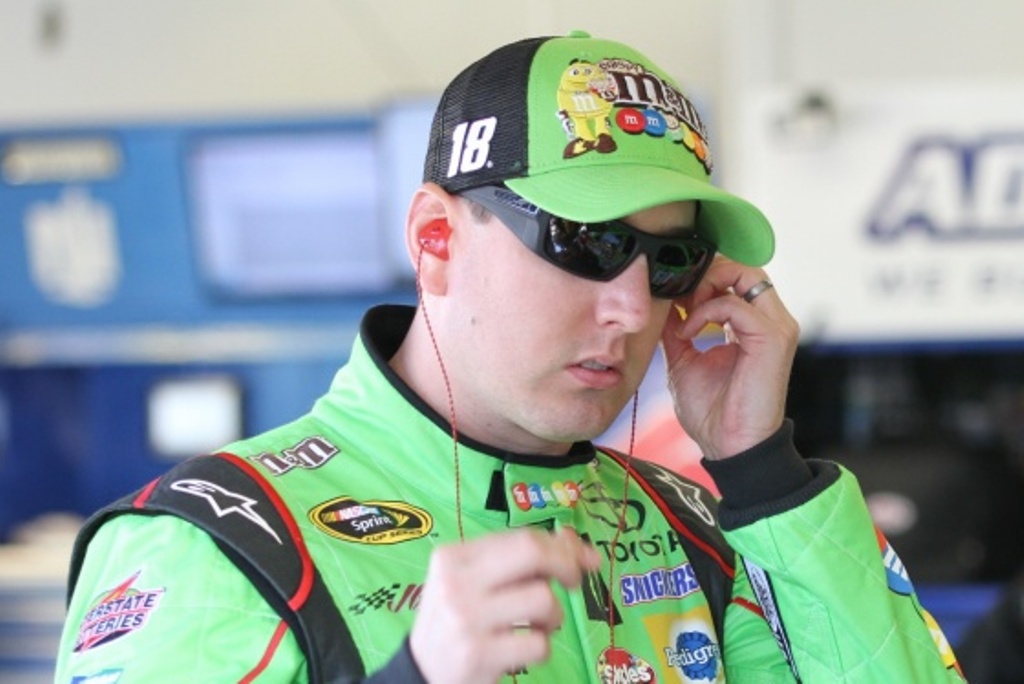 To kick off the 2016 race schedule at Daytona (Fla.) International Speedway, Joe Gibbs Racing and NOS Energy Drink are excited to announce they are also bringing back another champion for the XFINITY series program start, longtime race winner and past Joe Gibbs Racing veteran racecar driver Bobby Labonte.

“We’ve always sought out the most determined, fearless and committed athletes to represent our company and brands,” said Vice President of Sports Marketing, Mitch Covington. He commented further, “With Kyle (Busch) in the seat most of the year and a strong Daytona start with Bobby (Labonte), we have every reason to believe our program will win.”

The NOS Energy Drink brand is no stranger to victory lane with Busch. A partnership between the two earlier in his career afforded them much success together. Between 2011 and 2008 (Busch’s first season with Joe Gibbs Racing) the orange and blue NOS colors were represented across 25 races in the XFINITY Series when Busch earned seven victories and three pole-position wins to further their brand exposure. Also in 2008 Busch represented the NOS Energy Drink colors with one NASCAR Camping World Truck Series entry, in which he earned a second-place result.

“I’m pumped to be back with NOS Energy Drink, a brand that supported me initially when I came to Joe Gibbs Racing. We had a lot of success together and I can’t wait to win with them again!”

In 311 starts over 13 seasons, Busch has proven himself to be the winningest competitor in the history of NASCAR’s XFINITY Series. In addition to 76 career wins, the 30-year old has recorded 186 top-five finishes, 48 pole-qualifying wins and 15,766 laps led. In 2010 Busch made series history with a record 13-win race season. Past XFINITY Series Championships for Kyle include a Driver’s Championship in 2009 and Owner’s Championships in 2010 and 2008 –- all with Busch’s NASCAR Sprint Cup Series and XFINITY Series team owner Joe Gibbs Racing.

Labonte proved to be a strong selection to kick off the NOS Energy Drink program for the first race of the season as he rejoins Joe Gibbs Racing while they celebrate their 25th year of NASCAR racing. “I’m excited about the opportunity to drive for JGR again. I didn’t think this would ever happen and when Joe called me about the program, it was a ‘no-brainer.’ Great race team, great cars, the opportunity is a good one. There would be nothing better than to hang a flag in this building too,” said Labonte of the Daytona opportunity in front of him with the No. 18 JGR XFINITY Series team.

A Texas native, Labonte was an early driver of the No. 18 with JGR and earned them 21 victories and a NASCAR Sprint Cup Series Championship in 2000. Labonte is also a NASCAR Champion in the XFINITY Series (1991) and the IROC Series (2001) and has victories recorded in all three of NASCAR’s premier racing series. 2016 marks Labonte’s 30th consecutive year as a professional racecar driver.

The No. 18 team’s goal will again be to capture an Owner’s Championship in the XFINITY Series. With Busch and Labonte confirmed and the recent announcement of Matt Tifft as driver of the No. 18 for races later in the schedule, crew chief Chris Gayle is eager to attack that goal. Gayle remarks, “Owners points matter and it’s important for us to keep striving for that team goal. Looking forward to having NOS Energy Drink back with us and hopefully we are able to give them more trips to victory lane.”

Joe Gibbs Racing and NOS Energy Drink are two brands at the top of the field in their respective industries. With this partnership, the two have positioned themselves for great success together in 2016.