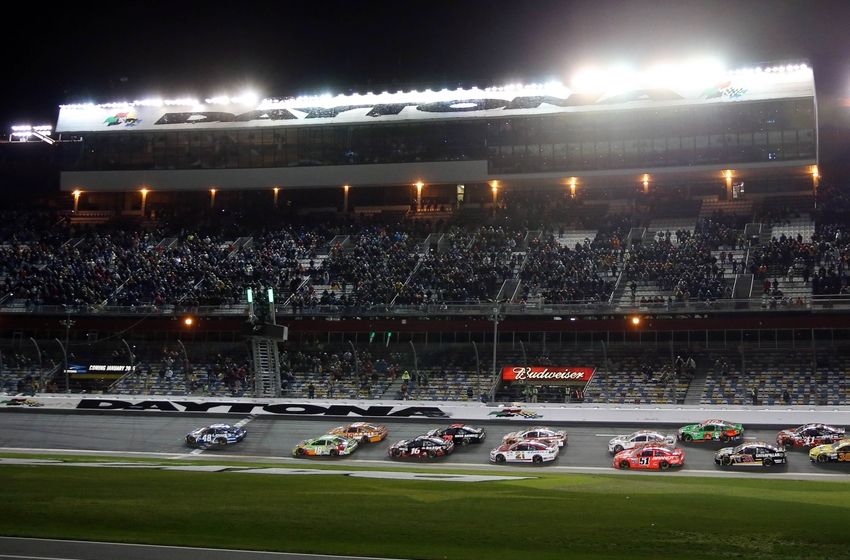 Disclaimer: Views and opinions are those of the writer of this article and not necessarily held by OnPitRoad.com or its other staff members.

Now first things first here: I am not against giving financial support to ensure the health of the full time runners in any racing series. NASCAR is not the first to do this as the Verizon IndyCar Series has done this for several seasons and it has in a sense extended the life of a series that has been floundering above the verge of disaster for over ten years. The biggest problem I have with the new charter program that was revealed to the public on Tuesday afternoon is that it pretty much eliminates the purposes of qualifications for every NASCAR Sprint Cup Series race in 2016. Essentially the charter rules state that if you are one of the 36 teams on the list and you show up at the track, you get to race. Normally for the smaller races, not that big of a deal, but for a race as big as the Daytona 500 is for North American racing in general and not just for stock car racing only, to be handed a spot on the grid for free is really a glaring issue for me.

Although the top 35 locked in positions rule that existed a few years ago was successful for the most part in its first few years in terms of producing action and drama for qualifying at Daytona, their effectiveness faded as the window of opportunity closed the door on the lesser teams in the Sprint Cup Series circuit. Now yes, it did make things difficult for new entities such as the debut of Toyota as a manufacturer in 2007, eventually those teams on the outside made the cut into the top 35 in the years ahead and the smaller full-time and part-time operations were left out in the cold. Without the bigger teams in jeopardy of missing the field, the excitement and drama that was usually reserved for Thursday’s Budweiser Duels at Daytona International Speedway started to fade in the final years of the top 35 implementation as the entry list total slid below fifty cars for the Great American Race, leaving the fight for the final places in the field down to teams unfortunately known more for starting and parking than being legitimate start to finish combatants.

Once the restrictions were removed a couple of years ago to where the margin of error was evenly balanced throughout the entry list, the racing and the story lines entering both pole day on Sunday and the Thursday Duels was re-energized. Suddenly the danger of missing the show for big names (Danica Patrick was the most notable in 2015), once again added to the drama in both 150 mile events. Although as it turned out that were no major exclusions from the show a season ago, in my opinion NASCAR was on the right track. Now it wasn’t a completely foolproof format, but the excitement fire was starting to gain strength and power during the 2015 edition of Daytona SpeedWeeks.

Now NASCAR has extinguished it. In fact, they have made the new layout an even nastier scenario for the small fries of NASCAR and those teams hoping to make the most of a Daytona 500-only effort. In the top 35 format, seven spots were up for grabs. This year however, only four will be available with only two at stake on pole day and the final two on Duels night. The reduction comes as NASCAR has lowered the maximum starting field from 43 cars to only 40 as the full time fleet in 2016 for the Sprint Cup Series may see only as many as 38 teams attempt to appear at all 36 events.

While yes there are several teams, such as BK Racing and Front Row Motorsports who will benefit from the guaranteed spots, others like 2011 Daytona 500 champions Wood Brothers Racing and regular restrictor plate race challengers Hillman Racing enter the opening day of practice this weekend with the deck stacked against them.

There is at least one other circuit that has used a locked-in guarantee for part of its field in the past and the most notable instance was when the then brand new Indy Racing League cordoned off 25 of the 33 starting spots for the 1996 and 1997 Indianapolis 500s. The issue prevented the best open wheel racing teams from appearing in the sport’s biggest event in its first year and then embarrassingly saw several cars get bumped from the starting field in 1997, despite the fact they had posted faster qualifying speeds, compared to multiple teams with guaranteed spots in the field. The issue got so bad, that the IRL was inclined to increase the starting field to 35 cars in 1997 to ensure that the fastest qualifiers would indeed start. This same nightmare scenario also manifested several times during the days of the top 35 locked-in spots rule in NASCAR. One notable instance came in the 2008 Daytona 500, where despite posting a top ten overall qualifying time, Boris Said struggled in the Duels on Thursday and failed to make the field. Under the previous grid setting format, Said would have likely made the field for the race by falling back on his qualifying effort. There was an even more embarrassing scenario that occurred at the second Talladega race in 2008, where the eighth fastest overall qualifier (a non-locked in car) also failed to qualify for that event. For those nostalgic fans like myself, who feel the fastest qualifiers are the most worthy to race, those facts are very tough to swallow and their avoidance is the goal.

An equally bigger issue will be the attention garnered by qualifying and the Duels in terms of television ratings and actual on-site attendance. With the drama lessened on Sunday and with most of the big name drivers in no danger of missing the show and really nothing to play for on Thursday, essentially making each of the 150-mile races little more than giant test sessions for the Daytona 500, will the public still tune in and go through the gates? I have chatted with several of my NASCAR friends prior to writing this article and I have to say the feedback received from them has not been promising. Although they are planning to watch the main event on February 21st, they are struggling for a reason like I am to tune in for the other two preliminary factors, since for the most part his or her favorite driver is guaranteed a spot in the Great American Race.

Again, I understand that the sport of auto racing is getting ever expensive by the day and that several series and not just the NASCAR Sprint Cup tour are struggling to put together the needed funds to last a full season. However, that does not mean that because of that a team deserves a free pass into the biggest race of the season. Those instances are not something that is just handed to a driver and his/her team, they must be earned and I turn the thumb down to NASCAR on their decision to make a significant change to that for this year’s edition of the Daytona 500.