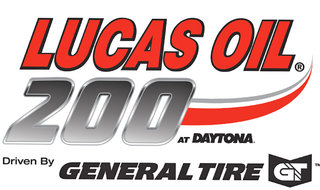 The non-points event will be divided into two segments with a competition caution at Lap 25 separating the segments. In a unique fan-friendly concept introduced last year, select fans are paired with Sprint Unlimited crew chiefs for a random draw to determine starting and pit road positions. The draw is set Friday at 3:30 p.m. in the Sprint FANZONE at DIS.

Tickets for all Speedweeks 2016 events – including the 58th annual DAYTONA 500 on Feb. 21, the season-opening race for the NASCAR Sprint Cup Series – can be purchased online at www.daytonainternationalspeedway.com or by calling 1-800-PITSHOP.