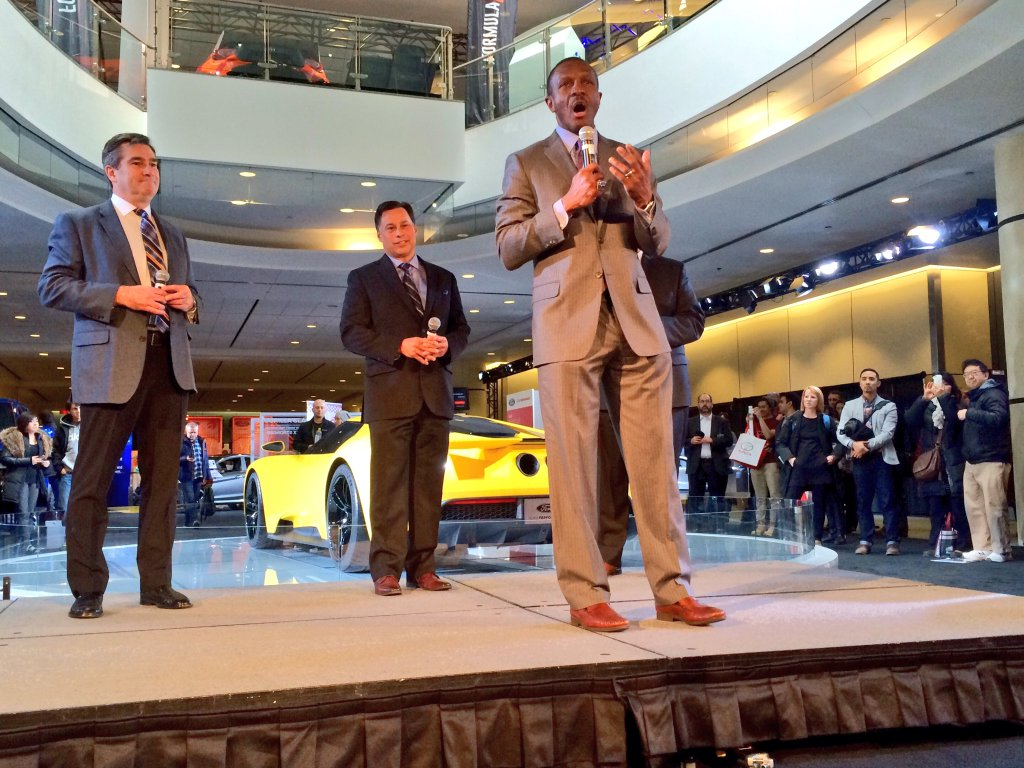 More than 1,000 vehicles on display at Metro Toronto Convention Centre

Joined by Ontario cabinet ministers Brad Duguid and Steven Del Duca at the Metro Toronto Convention Centre, Coach Casey harkened back to his Indianapolis roots to kick off the show.

“I have always wanted to say this: Gentlemen, start your engines!” Casey said before they cranked up a 2017 Ford Shelby Mustang and opened the AutoShow to the public.

Also highlighted by the appearance of Verizon IndyCar Series drivers Canadian James Hinchcliffe and Conor Daly, who hosted a media availability before signing autographs with fans, this year’s edition of the AutoShow features 33 new production vehicles, 11 concept cars and more than 1,000 cars, trucks, light trucks, SUVs and motorcycles spread over 650,000 square feet at the Metro Toronto Convention Centre. The AutoShow is not only Canada’s largest automotive expo — it is the country’s largest consumer show.

“Every year we look to grow and diversify the AutoShow, and this year is no different,” says Jason Campbell, General Manager of the AutoShow. “From Coach Casey to IndyCar drivers, from celebrating police services to the upcoming appearance of the Batmobile on February 18, this is show that is about so much more than just vehicles. With all of our various exhibitors, displays and features, it is truly a lifestyle show.”

There are a host of exhibitors offering everything from car and truck accessories to home entertainment systems.
Besides the manufacturers’ displays at this year’s AutoShow are a look at the autonomous automobile that can drive itself, a look back at the early years of car advertising and an escape into the lap of luxury. The features include:

The Canadian International AutoShow will be held at the Metro Toronto Convention Centre between February 12th and 21st.

About the Canadian International AutoShow
With more than 650,000 square feet of exhibits, displays and attractions at the Metro Toronto Convention Centre, the Canadian International AutoShow is not only the largest automotive expo in Canada, it is also the country’s largest consumer show. Boasting more than 1,000 cars, trucks, SUVs, concept cars, exotics, classics, motorcycles and alternative energy vehicles, the AutoShow is a leader in lifestyle, technology and all things automotive. For more information or to buy tickets, please visit www.autoshow.ca.
— 30 —