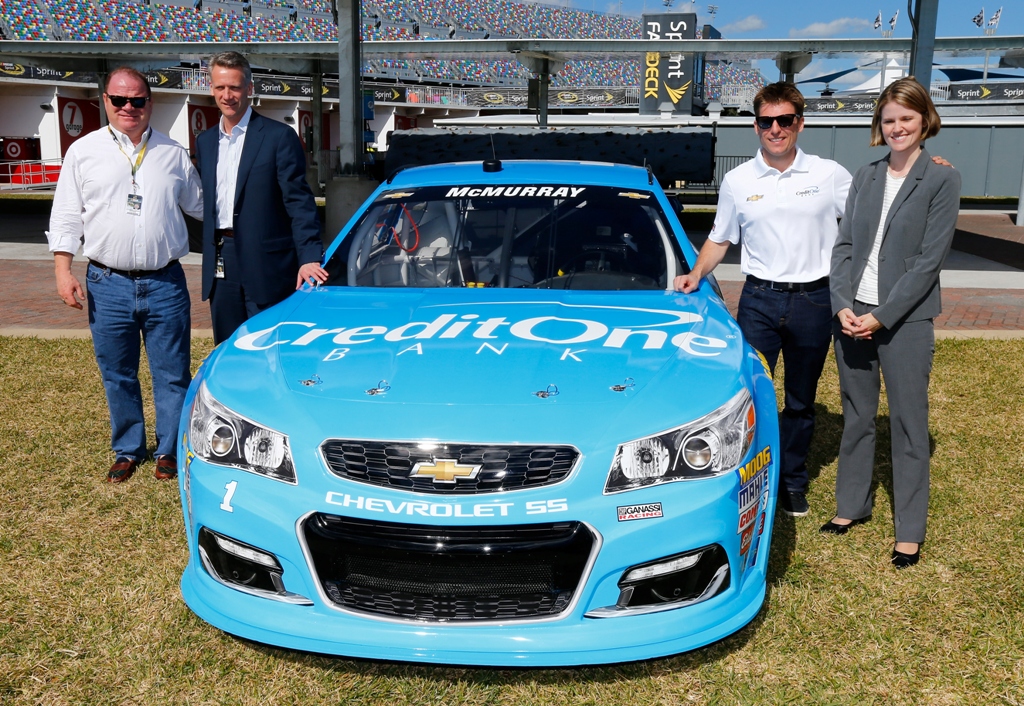 Credit One Bank, One of America’s largest and fastest credit card issuers, has entered into a multi year partnership agreement with NASCAR and Chip Ganassi Racing as an official sponsor of Jamie McMurray’s No.1 Chevrolet SS.

As part of the new partnership with NASCAR, Credit One Bank will offer fans the chance to obtain officially licensed NASCAR themed credit cards. Credit One bank will also appear on McMurray’s No.1 Chevrolet in three NASCAR Sprint Cup Series races in 2016 starting at Richmond International Raceway in April.

“Our partnerships with both NASCAR and Chip Ganassi Racing will introduce the benefits of Credit One Bank card membership to a new audience of consumers,” said Laura Faulkner, vice president of marketing communications, Credit One Bank. “With the Official Credit Card of NASCAR, fans can further their love of racing with a rewards program that complements that same passion. We also look forward to supporting Jamie McMurray in the 2016 NASCAR Sprint Cup Series.”

“We could not be happier with Credit One Bank’s fully integrated campaign to introduce its brand to our industry, stakeholders, and most importantly, our fans,” said Steve Phelps, NASCAR executive vice president and chief marketing officer. “As our entire industry gears up for Daytona 500 weekend, this new agreement signals that NASCAR is still one of the most effective marketing spends in all of sports.”

Credit One Bank will utilize 2010 Daytona 500 champion McMurray as its spokesperson to promote its brand. McMurray is known as one of NASCAR big money racers as he is only one of three drivers to win the Daytona 500 and Brickyard 400 in the same season. (Dale Jarrett, 1996 and Jimmie Johnson,2006).

“This announcement is really exciting news for our team, but it is also a testament to our sport when a company like Credit One Bank recognizes the power of brands like NASCAR and Chip Ganassi Racing. It is always nice to see new brands come to the sport and make a commitment like Credit One Bank has with this news,” said Steve Lauletta, president, Chip Ganassi Racing Teams. “We are excited to have Credit One Bank onboard the No. 1 Chevrolet with Jamie McMurray and look forward to working with them to introduce their products and services to NASCAR fans everywhere.”