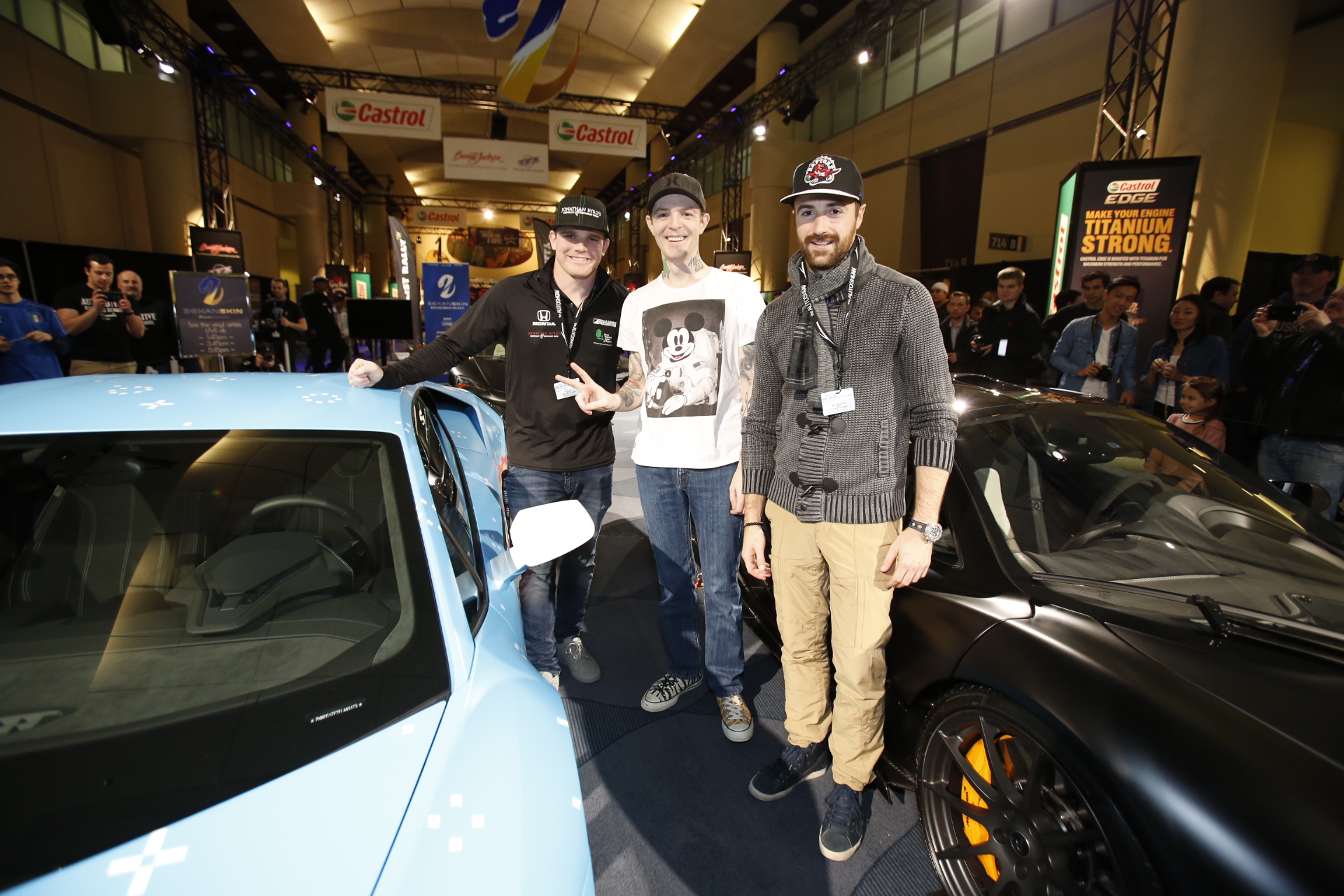 World famous musician deadmau5, visited his supercars on display at the SEKANSKIN exhibit space at CIAS. The musician’s Lamborghini “Purracan” and McLaren P1 have become a must-see at this year’s show.

Meanwhile, James Hinchcliffe and Conor Daly, took in the offerings at the Auto Exotica section of CIAS, featuring exotic vehicles from around the globe.

During opening day on February 12th, 18,921 people passed through the turnstiles to see the more than 1,000 cars, trucks, light trucks, SUVs, Crossovers and motorcycles spread across 650,000 square feet of the North and South Buildings of the Convention Centre. That record crowd was on the heels of a record-setting Media Preview and VIP event that attracted 13,400.

“The Canadian International AutoShow works hard to build an event that is more than just a vehicle showcase, and our early numbers indicate people are happy with the attractions and features we have added,” says Jason Campbell, General Manager of the AutoShow. “We have built good momentum for the rest of the week, with some great events still in store.”

Still to come on the show schedule is a host of special events and contests for family day, the drawing of several contests such as the Rock Your Road Raffle, the unveiling of a surprise vehicle skin by Sekanskin and the revving up of the custom bike build being done by Kreater Custom Motorcycles.

All of that is on top of the regular features such as Auto Exotica, Art & the Automobile, Hot Rods & Custom Choppers featuring Kreater, Cars & Stars and a celebration of the 100th running of the Indy 500.