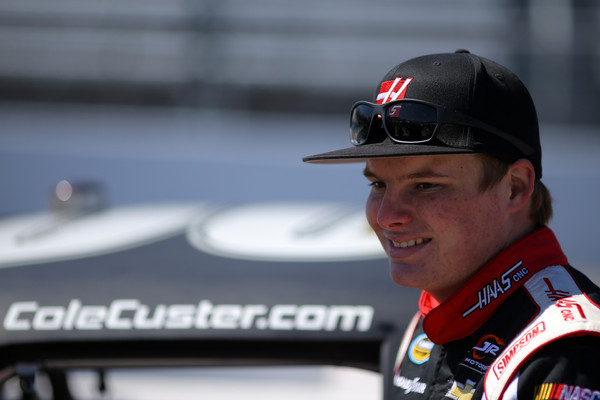 OneMain, which joined JR Motorsports as backer of the No. 1 OneMain Chevrolet Camaro in the NASCAR Xfinity Series with Elliott Sadler, will also be on Custer’s No. 00 entry at Talladega Superspeedway (Oct. 22) and again the following week at Martinsville Speedway (Oct. 29).

“We are proud to see OneMain step over to the NASCAR Camping World Truck Series side with Cole,” said Kelley Earnhardt Miller, general manager of JR Motorsports. “Having a partner like OneMain, which has instantly recognizable branding, benefits the entire JR Motorsports family, and we can’t wait to see Cole kicking up the dirt at Eldora.”

OneMain provides personal loans and one-on-one service from more than 1,100 branches across the nation. For more than 100 years, the company has worked with customers in local communities to find loan solutions that are best for their needs and budget.

“We are thrilled to be able to leverage the OneMain brand across multiple NASCAR series with JR Motorsports,” said Mary McDowell, Executive Advisor to the OneMain Board of Directors.  “We see Cole as a great young talent and we are excited to have him represent the OneMain brand in three Camping World Truck Series races in 2016. Our customers and employees are huge supporters of the sport and we look forward to having a presence in both inaugural Chase formats in the Xfinity Series and Camping World Truck Series.”

“OneMain has been in the sport for many years, and the teams they’ve been part of have really done well,” said Custer. “I’m pumped to have OneMain on the Silverado for a few races this year. They’re a great company, and I’m looking forward to our first race together at Eldora.”

OneMain provides personal loans and one-on-one, local service from more than 1,100 branches nationwide. For more than 100 years, OneMain has worked with customers to find the loan solutions that best fit their needs and budget. The company and its employees are proud to support the communities where they live and work. Additional information may be found at OneMainFinancial.com.

JR Motorsports is the management company and racing operation for Dale Earnhardt Jr., NASCAR’s 13-time Most Popular Driver and winner of more than 40 NASCAR-sanctioned races.  Now in its 15th year of overall competition, JR Motorsports races in multiple divisions, including the NASCAR Xfinity Series where it won a championship in 2014.  The company also competes in the NASCAR Camping World Truck Series and owns two championships in regional late model divisions.  To learn more about the organization, its drivers and its sponsorship opportunities, visit www.jrmracing.com.