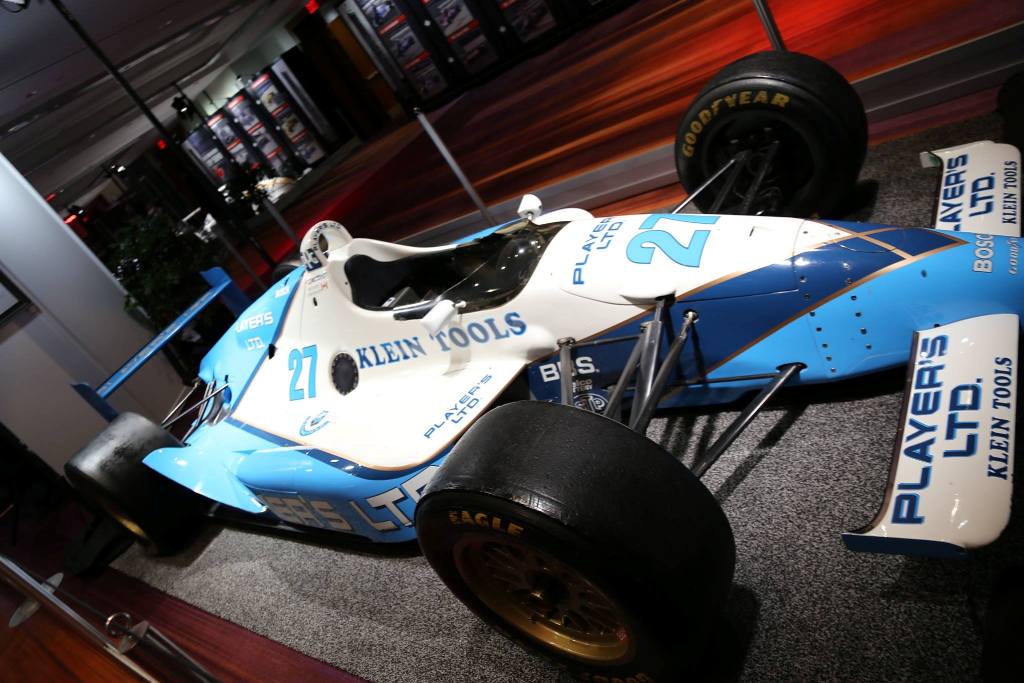 This year marks a historical mark for the Verizon IndyCar Series and Indianapolis Motor Speedway as come May, it will be time for the 100th running of the Indianapolis 500. Known as the biggest race in open-wheel competition, the race boosts its own level of prestige and history that only can be described by looking through the list of previous winners, and how races have happened.

The Canadian International Auto Show displays this perfectly through an exhibit put together by the Indianapolis Motor Speedway Museum. Showcasing eight cars from through the years, visitors to the show can get a glimpse into each era and the technology that was at play, as well as what the drivers dealt with. It also helps that each car comes with a plaque explaining the significance.

Of course, one of the cars that will catch anybody’s attention is Jacque Villeneuve’s No. 27 Players Ltd./Klein Tools IndyCar that led him to victory in 1995 driving for Team Green. Racing in the 79th annual event, Villeneuve took over the race lead at lap 190 after Scott Goodyear was assessed a stop-and-go penalty. Though his race didn’t go smoothly despite the easy lead hand-off as he was penalized earlier in the race two laps for passing the pace car during an early caution.

Before his victory and even since his victory, many Canadians have taken to the Indiana-based track in hopes of repeating the same success. Many have experienced their own success, notably Alex Tagliani with a pole, however none have been able to repeat what he was able to do.

Will Oakville, Ontario’s James Hinchcliffe be able to reach victory lane in 2016?

It’s quite possible as he has aligned himself with a solid team, partnering with Schmidt-Peterson Motorsports. SPM and Hinchcliffe were able to score a victory last season at NOLA Motorsports Park, before Hinchcliffe was injured during last year’s Indianapolis 500 practice. As a result, he missed the rest of the season.

Now healed and returned to the track, it’s quite possible that this year the fortunes could turn in a good favor.

For now, fans can head down to the Canadian International Auto Show at the Metro Convention Center and take a look at the display for themselves. Once they are done walking through the display, they can head over to the Honda display as Hinchcliffe’s No. 5 ARROW Honda is there, shining in it’s gold and black glory.