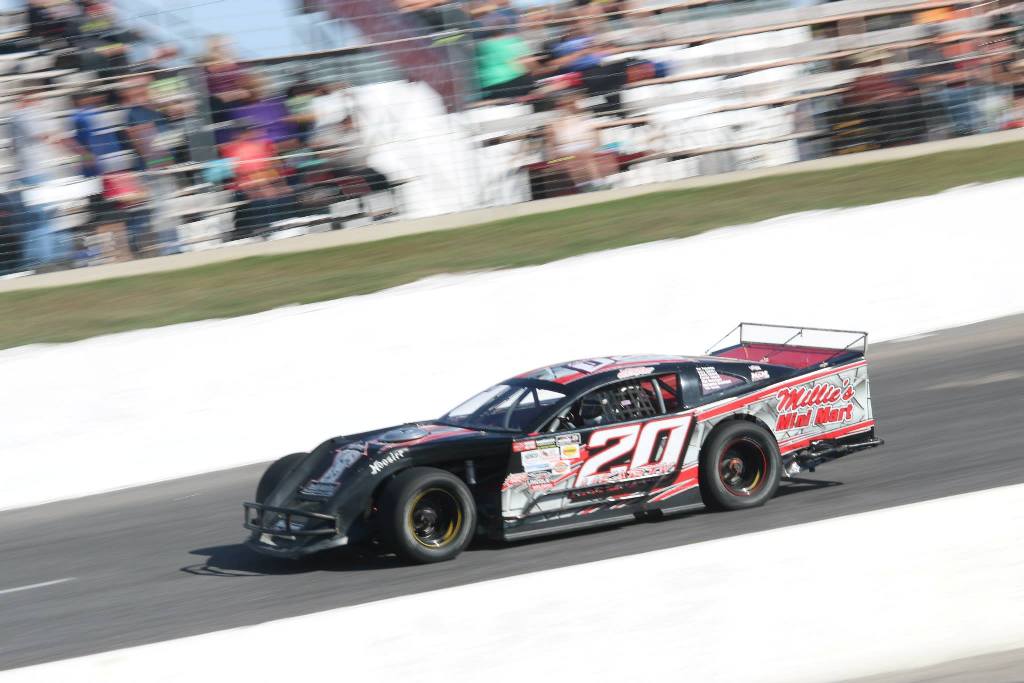 After a solid rookie campaign in the OSCAAR Modified Series, Mike Hearty is hoping to have continued success throughout the province of Ontario once again.

The Sault St. Marie native hasn’t confirmed his plans 100% for the new season, but believes he will be back with OSCAAR once again in 2016 on a part-time basis.

“Seriously debated switching the car back to super late and run the Sunset races but that’s not financially feasible at this time,” he commented.

If it would’ve been possible at this time to do so, though, he admits that he probably would’ve went down that road, given how his rookie season went with OSCAAR. While he finished seventh in points, he admits there are things within the series that haven’t left him. On-track, though, things went solidly with a heat victory and eight feature top-10s, highlighted by a fourth place finish at Sunset Speedway in September.

“Last year was fun and learnt tons of stuff on how to set up race cars and felt I did pretty good considering the knowledge the teams had over me,” he offered. “My biggest set-up help was Google.”

If Hearty should return to OSCAAR in 2016, the goal is simple – to score his first feature victory in the modified division. With how he was able to gain speed throughout the year and continue to get better, it’s quite possible that the goal will be accomplished.

Though in the midst of trying to accomplish that, Hearty is set to make sure that he is having fun along the way.

“Biggest thing I learnt is to race to have fun and the day it’s not fun, I walk away from racing,” he said.