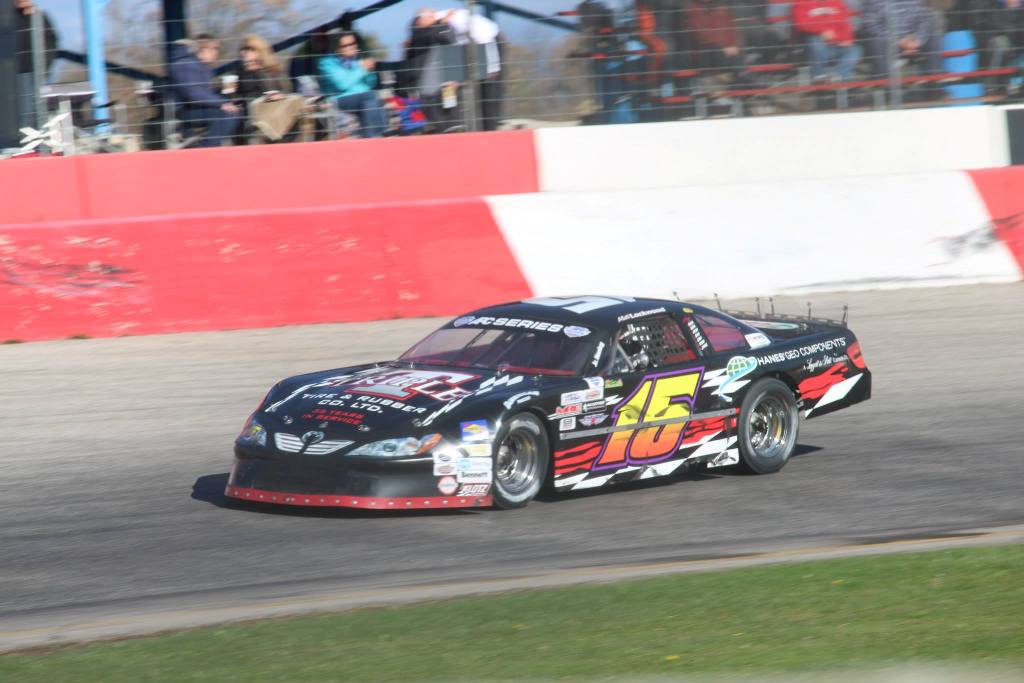 Following a successful season, Matt Lockwood is one of the many drivers looking towards the new season.

“Our thoughts this year are very positive,” he told OnPitRoad.com. “With our first ever feature win last year at Flamboro, we are more confident going into 2016.”

The youngster plans on running the full schedule at Flamboro Speedway, focused on competing for the Pro Late Model Championship. Lockwood feels that if things come together for him and his team, he could finish finish in the top-three in points.

Last season, Lockwood focused on running the full APC Auto Parts United Late Models of Ontario Tour presented by Grisdales Auto Parts series, which didn’t start off on a good note as Lockwood failed to qualify for the first race at Sunset Speedway in May.

“That kind of bothered us a bit,” he stated. “With the year going on, we took that first race and used it as a reason to go back out and show some people what we can actually do. About half way through the season we got our first feature win. We continued to do well from there on out running when we could.”

Notably, Lockwood finished fifth overall in the Grisdale Triple Crown event at Flamboro Speedway to close the seasn, despite being caught up with a wrecked car in the last of the three features.

This coming year when he isn’t racing as part of Flamboro’s weekly schedule, he added that the plan is to run as many APC Auto Parts series as possible. The big focus there is improving on qualifying after struggling last season, to that way put himself in a better position for stronger finishes.

Though with his first year under his belt, and the series having their inaugural season in the books, all thoughts are on a positive note.

“Luke Ramsey and all his guys have done everything properly and put together a great touring series,” he commented. “My biggest surprise was definitely the amount of cars the tour brought out and how much it has helped every speedway in Southern Ontario. Hopefully it only keeps increasing in success and we hope to be one of the drivers good enough to win the championship one year.”