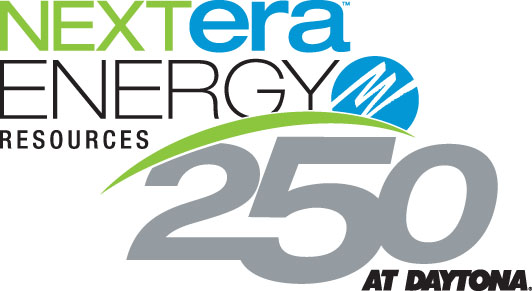 Rico Abreu, No. 98 Safelite/CURB Records Toyota Tundra
NASCAR Camping World Truck Series
Daytona International Speedway – NextEra Energy Resources 250
Race No. 1 of 23
Team Information:
Crew Chief: Doug George
Manufacturer: Toyota
Engine: Triad Racing Technologies
Sounding Off – Rico Abreu:
What have you done to prepare yourself for the Truck Series?
“Just understood them and how they are so aero dependent, and the long races and being able to just make sure to position yourself to be there at the end of them.”
What has Kyle Larson told you to help prepare for the season?
“A little bit about speedway racing and just positioning yourself to be there at the end and being patient. He kind of told me that speedway racing’s fairly easy in the Truck Series and just like the biggest thing he said was, ‘You’ve got to be there at the end and understand what’s going on and be good on pit road,’ and I feel like everyone at ThorSport Racing has done a great job preparing our trucks for these races and I’m looking forward to getting on track on Thursday in our ThorSport Racing Curb Records Toyota Tundra.”
How have they amended the Tundra for your use?
“The pedals are off the dashboard bar – they’re a little closer to me – and the seat is moved up about six inches. Everything is right at NASCAR requirements. Obviously the pedals are in a different position, but they’ve approved it all and they said it’s fine. The steering wheel is a little closer to me just because of my shortness in arms, but it’s all comfortable and safe and I’m excited to get going this year.”
News & Notes:
Abreu’s Career NCWTS Stats: (2015)
Abreu’s Career Stats:
Race Information:
Date: Friday, Feb. 19
Time: 7:30pm ET
Track: 2.5-mile superspeedway
Distance: 100 laps/250 miles
About Safelite AutoGlass:
Safelite AutoGlass is the nation’s largest provider of vehicle glass repair and replacement services with more than 6,500 MobileGlassShops™ and company stores in all 50 states. Last year, 5.4 million customers chose Safelite for its 24/7 national contact centers, advanced online scheduling, superior repair and replacement systems, and the industry’s only nationwide lifetime guarantee. Founded in 1947, the Columbus, Ohio-based company employs approximately 12,000 people across the United States. For more information, visit Safelite.com, or follow us on Facebook and Twitter.
About ThorSport Racing:
ThorSport Racing, based in a state-of-the-art 100,000-square-foot facility in Sandusky, Ohio, is the longest-tenured NASCAR Camping World Truck Series team. ThorSport Racing, which has competed in the NCWTS since 1996, will run the No. 88 Menards Toyota Tundra driven by two-time NCWTS drivers’ champion Matt Crafton, the No. 13 Cabinets by Hayley Toyota Tundra driven by Cameron Hayley, the No. 41 Alpha Energy Solutions Toyota Tundra driven by Ben Rhodes, and the No. 98 Safelite/CURB Records Toyota Tundra driven by Rico Abreu in 2016.