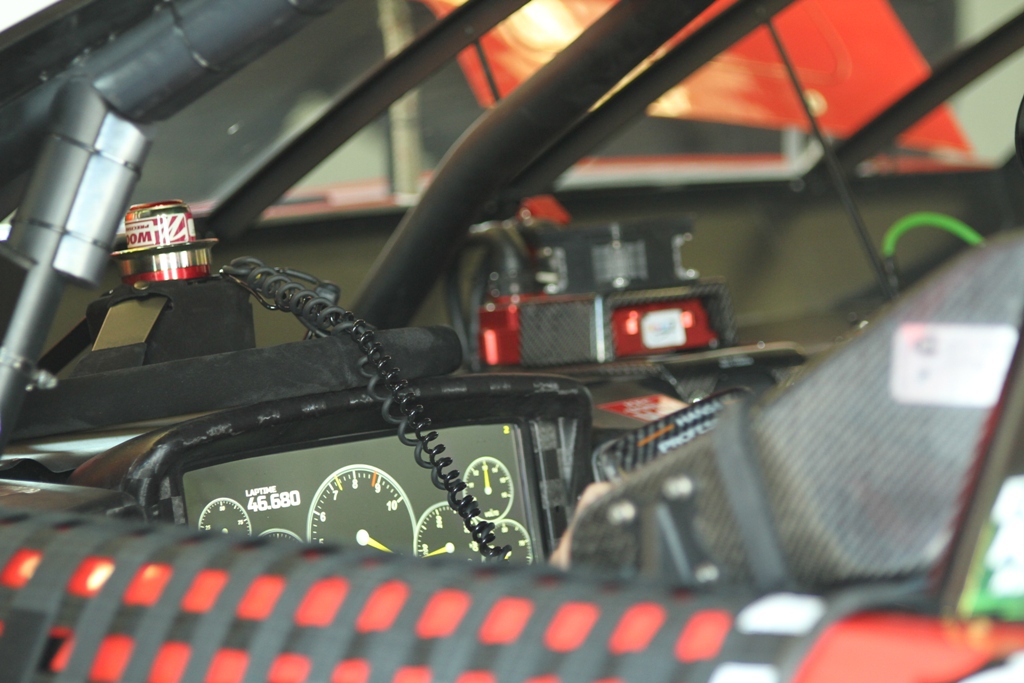 REID SPENCER/NASCAR WIRE SERVICE —- DAYTONA BEACH, Fla. – When Jamie McMurray pulled onto pit road for the first time in last Saturday’s Sprint Unlimited at Daytona International Speedway, he knew immediately the preferences he had selected for the new digital dashboard in his No. 1 Chevrolet simply weren’t going to work.

There was nothing wrong with the dash itself. The problem lay in the options McMurray had picked and the way he had configured the series of lights designed to warn him about his pit road speed.

“There are a lot of options, which is nice, with the way you can set the lights up or the warnings and everything that go with it,” McMurray said. “We sat at the shop for hours, and I went over what I thought I was going to like. And then when we did pit road practice for the Unlimited, I thought ‘Oh, that’s perfect.’”

But after the first pit stop in the heat of battle, McMurray knew he’d have to rethink his choices.

“And the way we had it structured is there are nine lights on this first-off, and we were only going to use six of the green lights to be pit road speed. One red would be speeding. The problem was I couldn’t distinguish on the dash by looking at pit road and then looking back down, where the sixth light was. I was like trying to count over while I’m on pit road. Little things like that you think you could do, but I couldn’t. So, we just had to come up with another plan.”

McMurray’s experience was not unusual. Many of the NASCAR Sprint Cup Series drivers spent their first practice sessions at Daytona configuring their digital dashes and getting used to the transition from the old analog displays.

In doing so, drivers have a lot of decisions to make.

Instead of seven or eight information choices, such as fuel pressure, water temperature, RPMs, etc., NASCAR plans to provide as many as 25 data options. That includes lap times, which traditionally have been communicated to drivers by their crew chiefs over the radio.

“That’s one of the things they’re going to get this year,” Stefanyshyn said. “We didn’t have a problem with that, because they all communicate laps times from the (pit) box. The one thing—and we’ve told this to the teams—the driver will be able to use that lap time to monitor his progress. It will not be exactly identical to the timing and scoring lap time.

“It’ll be off because of where they put the beacon. So timing and scoring will continue to be the official scoring mechanism. But when a driver’s in his car, the times he’s getting are real, and they’ll be very, very close, maybe a hundredth of a second off. But it’s absolutely accurate for the driver to know if he’s picking up pace or losing pace.”

Front Row Motorsports driver Landon Cassill plans to make use of all the information he can get.

“Right now, we’re still getting, for the most part, the same information we were getting, so I think as time goes on it will be interesting to see how NASCAR opens up the tools on what kind of information we’re able to get, but I’d say the number one thing I’m looking forward to is using the lap time to my advantage in terms of green flag pit stops and things like that.”

When it comes to pit road speed, Cassill has started to read the numerical LED of his RPMs rather than look at the needle on his tachometer, which he used to do with the analog dash.

The customizable display available to drivers is only the first phase of the implementation of the digital dash. The long-range plan is for NASCAR to use the dash to communicate information directly from the tower to the drivers.

“Phase Two, which we’re working on, is the longer-term strategy of being able to send information from the tower into the car to make the officiating process instantaneous,” Stefanyshyn said. “We couldn’t do Phase Two if we just had normal gauges. That’s why the digital dash is an important part of that step.

Under that scenario, Stefanyshyn said, NASCAR could reduce the number of loops needed at the race track and use the loops as a backup to the more accurate GPS readings.

The digital dash can also provide engine diagnostic codes that will tell the driver, for instance, whether one of the sensors has failed. Accordingly, a crew chief can make an informed decision on whether to bring the car to the pits.

Ultimately, NASCAR could use the digital dash to provide information to fans or to record and transmit biometrics of drivers involved in accidents, both pending driver and team approval.

Stefanyshyn emphasized, however, that the implementation of the digital dash is not a move toward real-time on-board telemetry.

“We don’t want to have someone sitting in a room, telling a driver, ‘Hey, punch in chassis setting 32,’ or something like that,” Stefanyshyn said. “That’s not where we want to go. We want the driver to drive the car. That’s our history, and that’s the way we want to keep it.”