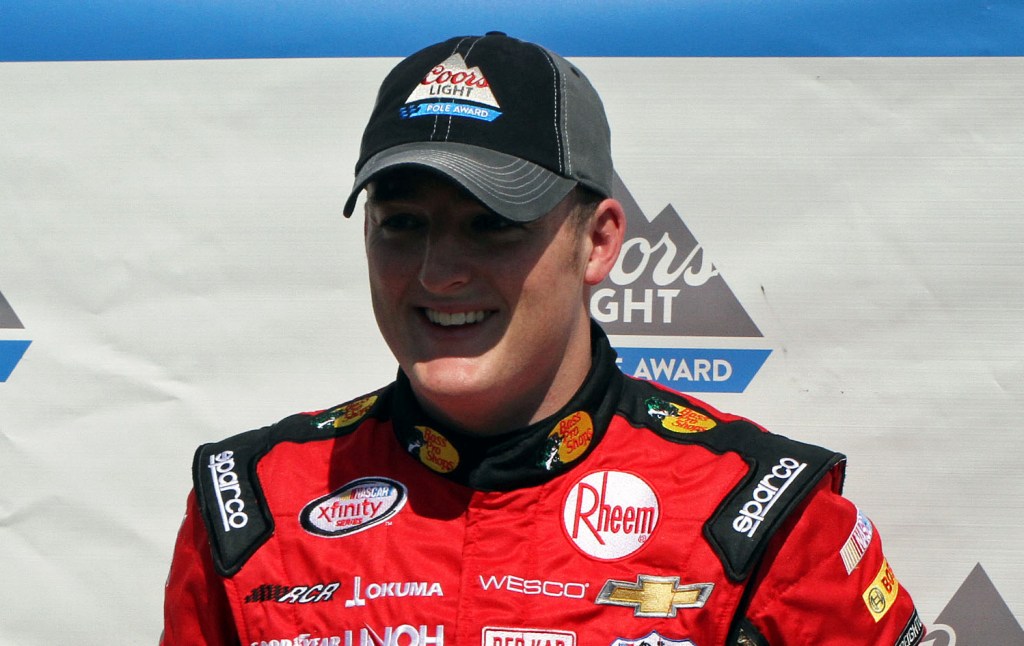 If you’re driving for Richard Childress Racing in an XFINITY Series car at Daytona, there’s a good chance you’re going to be fast, and Ty Dillon is a perfect example of that after securing the pole.

“We wanted to start out of the gate on the pole and strong,” said Dillon. “It’s one of the only things that you can control here. Usually if you can stay up front in these races, you can avoid the mess. Just proud of these guys. They worked so hard on this car, and this is what we were working towards, as we wanted to run the whole race by looking out the mirror. Proud of everyone at Richard Childress Racing, and it shows that hard work pays off.”

Starting alongside Dillon is Mexican native Daniel Suarez. Suarez started on pole last year in the July race at Daytona, and is still looking for his first career win.

Bobby Labonte, the 1991 series champion, qualified his NOS Energy Toyota in third. Labonte got the call from his former owner Joe Gibbs to run a one-off at Daytona a few weeks ago to celebrate Joe Gibbs Racing’s 25th year in the sport.

“These guys did a great job,” said Labonte. “All of the Joe Gibbs Racing Toyotas were fast. Obviously now it’s time to race and we’ll see what we get. Really thankful to Joe Gibbs Racing and NOS. This is a great XFINTY team and I’m glad to be apart of it.”

Following Dillon, Suarez and Labonte in the top-10 were Austin Dillon, Erik Jones, Brendan Gaughan, Brandon Jones, Joey Logano, Blake Koch and Elliott Sadler. Last year’s winner Ryan Reed was just outside the top-10, and will have his teammate Darrell Wallace, Jr. beside him in a backup car.

The first round of qualifying was uneventful, aside from an incident involving Mike Harmon. Harmon, who had to qualify on time, went on to the track with a flat left rear tire. When Harmon was making his out lap, the tire carcass gave way, causing Harmon to spin, and slam into the wall. Harmon was unable to make a lap, and will not race today.

One of the pleasant surprises of qualifying was 74-year-old Morgan Shepherd. Shepherd didn’t have the points to rely on to get in the race, so he had to get in the race on speed, and did just that, putting up the 26th fastest time.