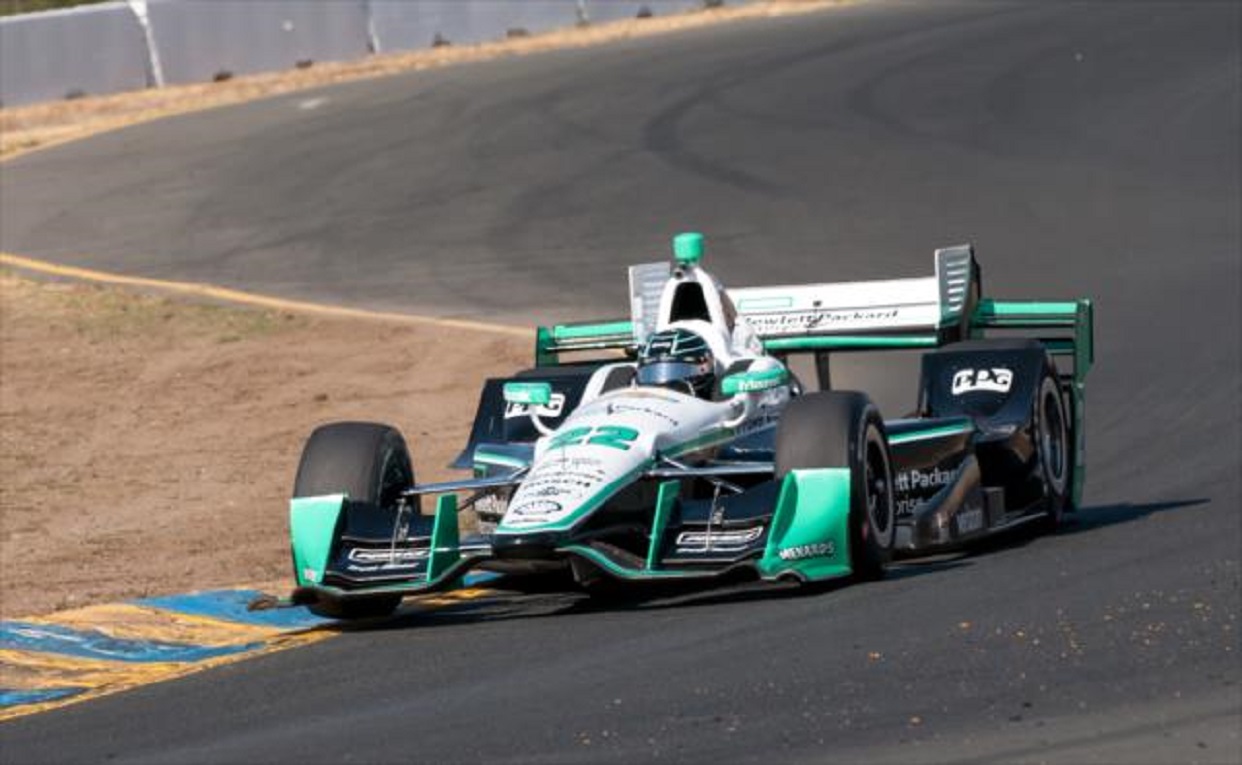 With many questions left unanswered looking ahead to the 2017 Verizon IndyCar Series season at this time, there is still one major piece of business to take care for the 2016 slate, who will be the overall champion? After 15 races, the battle for the top place on the points table is down to one race at the 2.52 mile Sonoma Raceway for the GoPro Grand Prix.

At this point, it is a lock that Team Penske will house the new champion the question is which of two drivers will step, or to be more precise pull forward to the forefront. For the first two-thirds of the season, it appeared that the one driver that would claim the accolades would be France’s Simon Pagenaud, who opened the 2016 campaign with five straight finishes of second or better to build a gigantic points lead in the championship. However, in the season’s second half Will Power had a similar streak of top two efforts getting to within 20 points of his teammate.

Things have reversed though in the past two events. Power’s gap to close on Pagenaud has once again increased as a late fade in the Firestone 600 at Texas Motor Speedway and an early exit from the IndyCar Grand Prix at Watkins Glen following contact with Charlie Kimball of Chip Ganassi Racing. Although the Frenchman failed to reach the podium in either round, his fourth and seventh place finishes have increased his lead back up to 43 points, meaning a finish of fifth or better is all that is required for Pagenaud to secure the title.

For Power, an appearance in the Firestone Fast Six, if not a Verizon P1 Award in qualifying on Saturday may be essential for the Australian to have any hope of earning his second title in the past three years. Although the design of the Wine Country-based circuit is similar to the Mid-Ohio Sports Car Course in terms of elevation changes, Sonoma features only one real opportunity for overtaking. The area is the drag strip from the Carousel turn six all the way to the turn seven hairpin. Unlike the NASCAR stock car layout, the tight turn four and turn eleven sections are omitted from the IndyCar course, eliminating two potential places for overtaking. Based on this, a high grid position is of paramount importance looking ahead to Sunday.

While Power and Pagenaud will take a majority of the attention, there are others to focus on likewise this weekend. One of course is Josef Newgarden, who could place third in the final standings with a win or a high finish on Sunday. The future for the Tennessee-native is unknown as he is being courted by several teams for the 2017 season, including the big two of Team Penske and Chip Ganassi Racing. The other two Penske drivers in the fold Helio Castronves and Juan Pablo Montoya also may need strong results to keep their rides for the Captain in 2017. Unlike, their two teammates who are in championship contention, neither Castroneves nor Montoya have a confirmed ride for next season at this point. Sunday could also be important likewise for Chip Ganassi Racing’s Tony Kanaan, who also is currently unsigned with Ganassi for 2017.