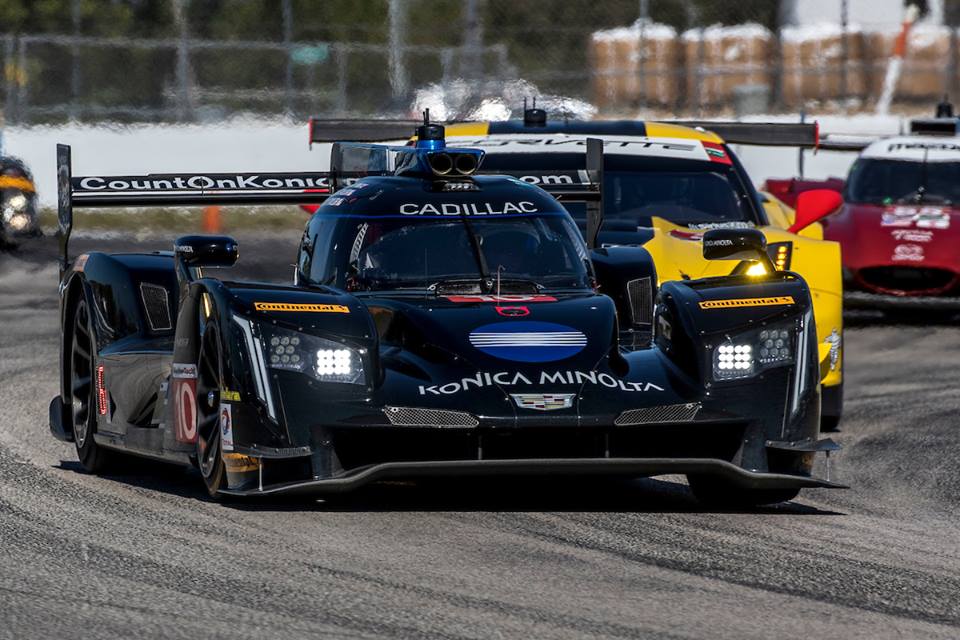 Following two long races of endurance, the IMSA WeatherTech SportsCar Championship teams are in for a different challenge as the series heads to the Long Beach Street Circuit in California for a sprint race.

The short hour and 40 minute race will be a different type of test than the two previous endurance races, lasting 36 hours put together. Rather than testing the durability of man and machine, Long Beach puts agility to the test to see who has the speed to win.

There’s no doubt that brothers Jordan and Ricky Taylor have the most momentum heading into Long Beach. They were a big part of the win during the 24 Hours of Daytona and the 12 Hours of Sebring. The Konica Minolta Cadillac DPi-V.R proved it has the strength to beat the rest of the field in a long race, and it has just as much speed for a shorter distance. The Taylor brothers have won overall the last two times the series visited Long Beach, so they will easily be the favorites again on Saturday.

As for who might be the hungriest pair of drivers in the paddock to win, that has to be Joao Barbosa and Christian Fittipaldi. These two finished second in last year’s running of the race, and they’ve finished second in the first two races of the season thus far. They want to win, and more importantly, they want to beat the No. 10 team after finishing second to them so many times.

When picking a GTLM winner at Long Beach, the first place to look is probably at the foreign manufacturers. The last two races have been won by German manufacturers Porsche and BMW. The Rahal Letterman Lanigan pairing of Bill Auberlen and Dirk Werner won here last year, but Werner’s no longer in the lineup at RLL. If RLL wants to go back-to-back, they’ll have to do it with Auberlen and team newcomer Alexander Sims.

While Porsche and BMW are strong picks, it’s hard to discount Ferrari as well. The No. 62 Risi Competizione car driven by three-time Formula 1 race winner Giancarlo Fisichella and Toni Vilander always shows flashes of brilliance, and they’ve already finished on the podium twice this year.

It wouldn’t be a surprise if one of the red, white and blue Ford GTs were able to beat the competition this weekend. Ford struggled to open the season last year, but they’ve turned that around into a competitive program. Dirk Mueller and Joey Hand will pilot the No. 66, while former Verizon IndyCar Series driver Ryan Briscoe and Richard Westbrook will be in the No. 67.

GT Daytona will race at Long Beach for the first time this weekend. In years past, only the Prototype and GT Le Mans classes would race, but that changes this year. The GTD class brings an additional 16 cars into the mix on an already tight street course.

Scott Pruett is a former race winner in the Prototype class, but he’s paired with Sage Karam in the No. 14 3GT Racing Lexus this weekend. Pruett won the race back in 2014, and will try to revisit victory lane after a difficult first two races for the Lexus program.

After an upset win at Daytona in January, Alegra Motorsports is trying to turn their program into a full-time campaign. The team only expected to run the endurance events, but are now heading to California. Daniel Morad and Michael Christensen will be behind the wheel of the No. 28 Porsche 911 GT3 R with hopes of continuing the dream season.

Riley Motorsports took the win in GTD at Sebring, and will try to make it two wins in a row as the series gets to the streets of Long Beach. Ben Keating and Jeroen Bleekemolen will wheel the No. 33 Mercedes-AMG GT3 with teammates Cooper MacNeil and Gunnar Jeannette in the team’s No. 50 sister car.