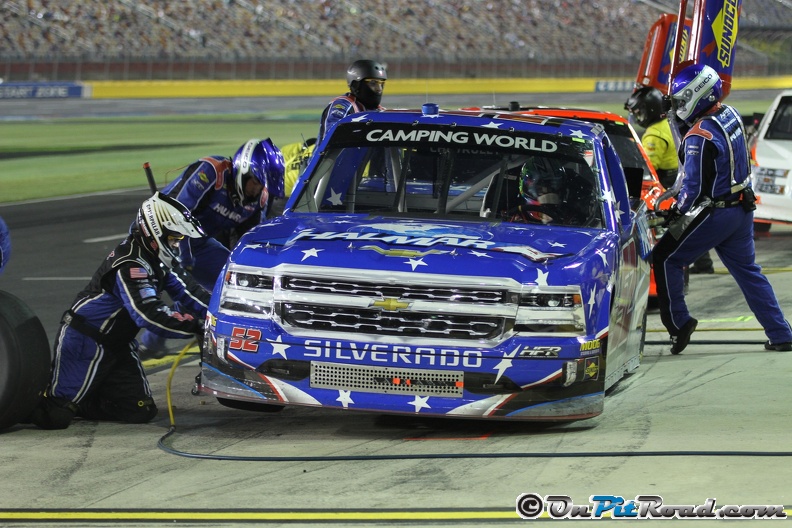 While the spotlight was on the playoff drivers, Friesen sneaked his way into the top-five and ran up there a majority of the second half of the race. A fifth-place finish would be the best finish for the Niagara-on-the-Lake, Ontario native since he finished second at Eldora.

Halmar Racing has teamed with GMS for the remainder of the season, meaning Friesen could spoil the party for the playoff drivers more often.

Friesen returns to Las Vegas Motor Speedway this weekend for the second season in a row. Last year, he finished 19th after starting 19th.