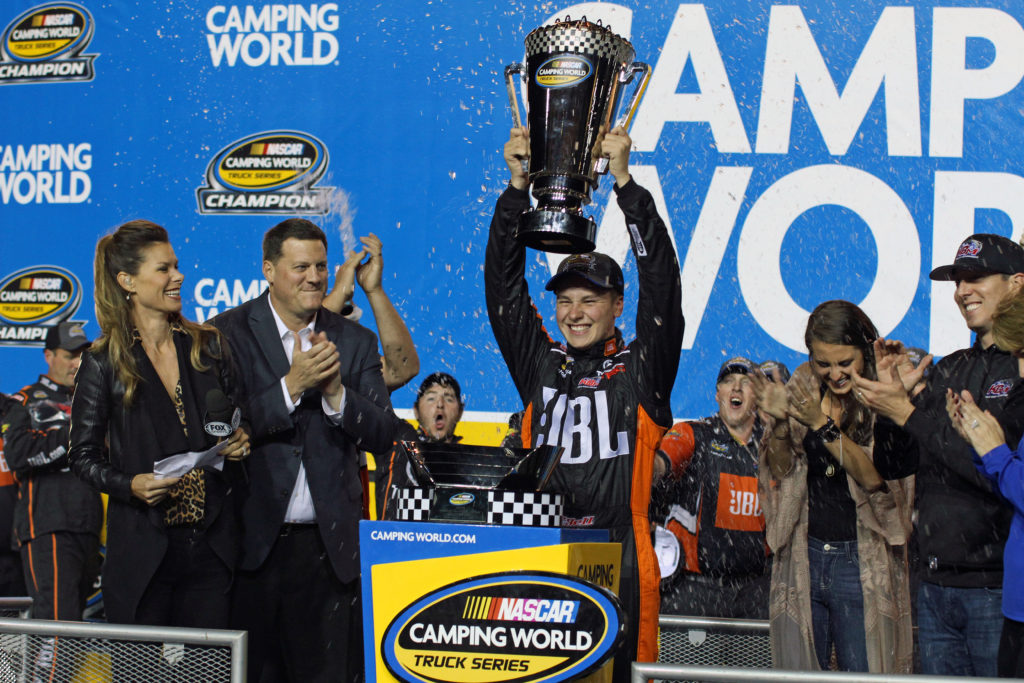 In a rather uneventful night, Christopher Bell secured his first career NASCAR Camping World Truck Series. Bell battled with the three other championship contenders but in the end, the cream rose to the top.

While Bell finished second in the race to win the championship, it was Chase Briscoe who scored the race win. Johnny Sauter finished third to take the second spot in the standings followed by Austin Cindric and Matt Crafton.

During the regular season, Bell fired off strong, earning his first victory of the season at Atlanta Motor Speedway. Bell followed that strong performance with two top-five finishes along with two poles in those races. Four more wins would come along with a string of consistent finishes would send him from dirt-to-Daytona-to-the championship stage at Homestead-Miami Speedway.

The 2017 season was only Bell’s second full-time season in the Truck Series. Last year, he finished third in points after making it to Homestead to compete for the title as a relatively inexperienced driver. He earned a career-high 15 top-fives and 21 top-10 finishes this season.

Bell will move up to the NASCAR XFINITY Series next year to drive for Joe Gibbs Racing. Prior to that, he has one more NASCAR race to run this season as he will contest the XFINITY race at Homestead tomorrow to try to earn Joe Gibbs Racing an owners championship and another race win.