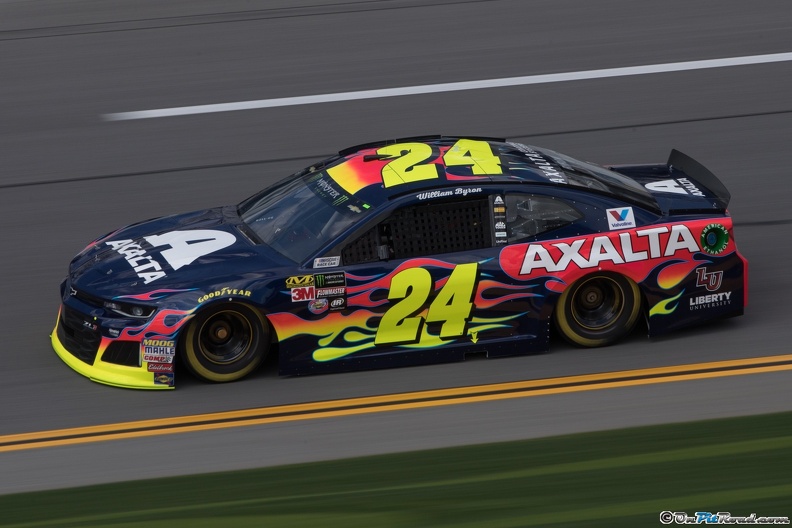 Although he had some nervous moments in the second Daytona 500 practice session, rookie William Byron, who has never started a Monster Energy NASCAR Cup Series race, put the fastest lap together on the speedcharts.

Byron was one of eight drivers to exceed a 200 MPH average in the session with a quick lap of 44.625 seconds. He was followed by Ricky Stenhouse, Jr., who won two of the four restrictor plate races in 2017.

All 40 cars, including the No. 23 of Gray Gaulding, made at least one qualifying lap.