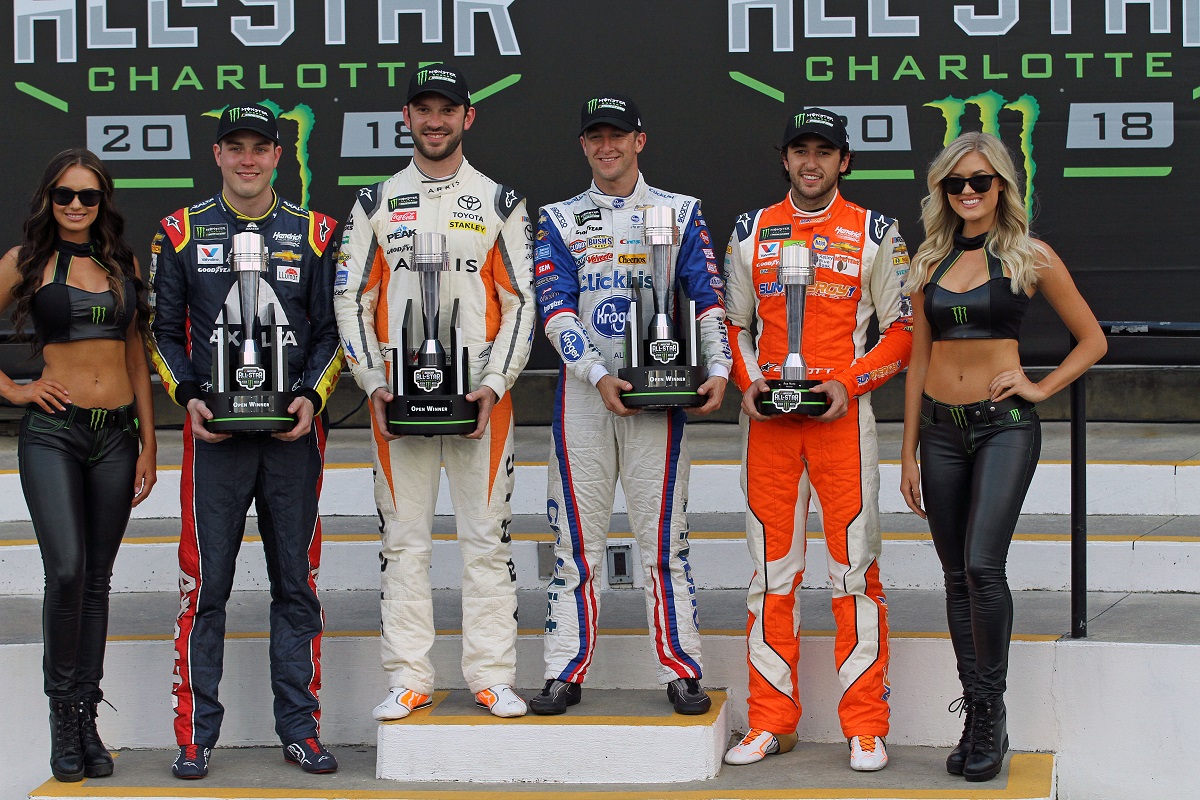 Three drivers advanced to the All-Star Race by winning Stages in the Monster Energy Open, with one driver getting a transfer via fan vote.

Alex Bowman won Stage and would then park his No. 88 Hendrick Motorsports Chevrolet Camaro to save it for the main event. It will be the first All-Star event of Bowman’s career.

Stage 2 was very exciting with multiple side by side battles. Daniel Suarez and Chase Elliott swapped the lead several times, but in the end it was Daniel Suarez securing the Stage win and advancing the main.

The final Stage was extremely competitive with several cars jockeying for position trying to earn their chance to compete for $1M in the All-Star Race. Bubba Wallace was out front early, but could not hold off a very fast AJ Allmendinger. Allmendinger would take the win over Jones and Elliott and secure final transfer spot.

Elliott was very competitive in each Stage, but came up just short. Elliott was able to win the fan vote for the third straight year and will have a chance to win the $1M prize.

If the Open was any indication, this could be one of the most exciting All-Star races in recent history.