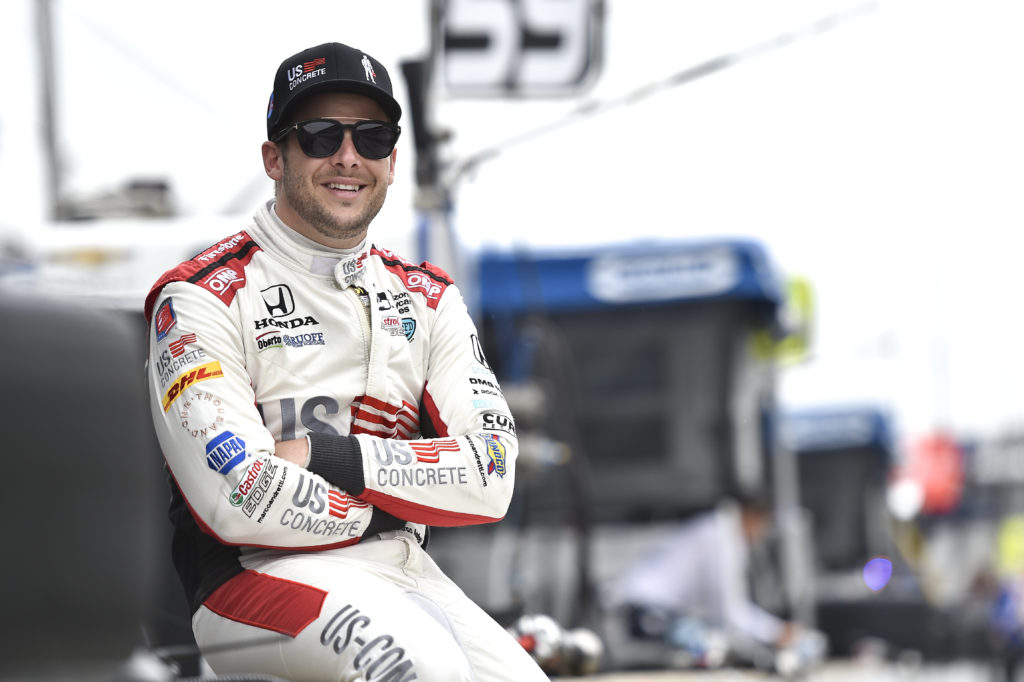 Marco Andretti, driver of the No. 98 AutoNation/Curb Honda for Andretti Autosport with Bryan Herta, came into the Belle Isle Detroit weekend just ready to work and prove he still has what it takes to win.

The season has started out strong for the 31-year old with four top-10 finishes and one top-five finish, but the morning of June 2nd things already started better. During qualifying for the first race at Detroit, Andretti went out and ended up winning the P1 Verizon award, his first pole since 2015.

As the race went green, Andretti, who has struggled on road and street courses in recent years, held onto the lead, pacing the first 22 laps of the race. Pit strategy, however, didn’t work out for his No. 98 Honda, and he lost the lead and was never able to retain it.

Holding on to a podium finish in the late stages of the race, Andretti was passed in the final 15 laps by teammate Alexander Rossi for third. Andretti held on to finish in fourth, a strong result for him heading into the second race of the weekend on Sunday.

“You hate to go backwards. We definitely wanted another trophy. I haven’t had a podium in while and that’s been getting to me, let alone the win. We’ll do some homework tonight on how we can improve on the race today and do better tomorrow. We want to get the pole tomorrow,” he said after the race.

Race number two of the weekend goes green on Sunday at 3:30 p.m. ET.