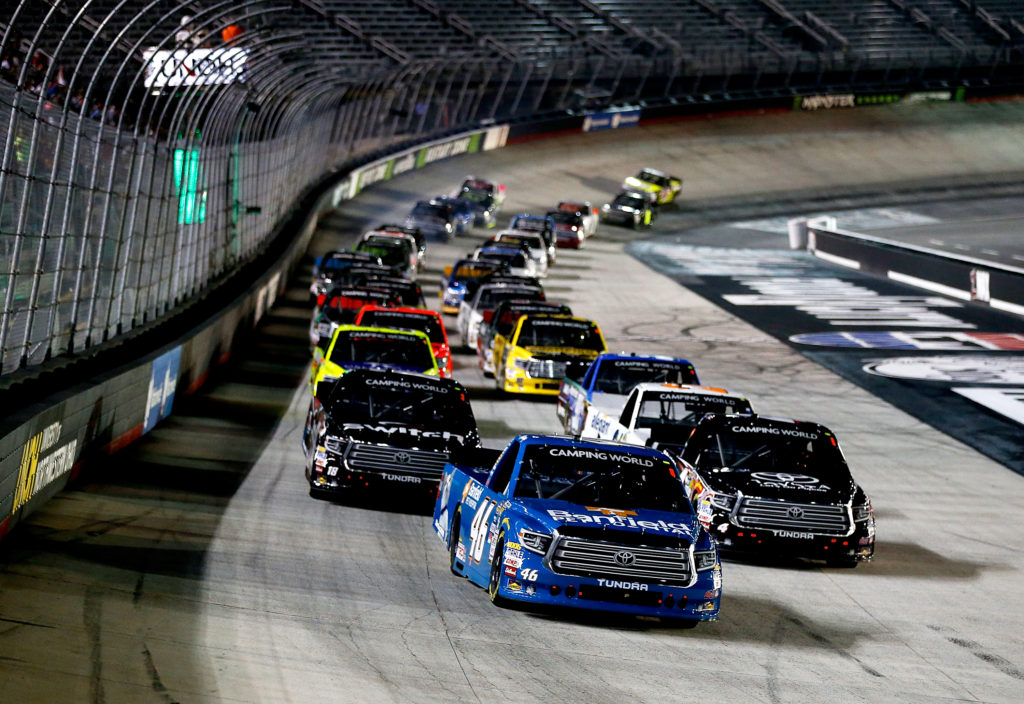 Bristol Motor Speedway. It’s one of the most prestigious tracks on the schedule, and the Bristol night race? One of the crown jewels of NASCAR.

But it’s not the Monster Energy NASCAR Cup Series race that will be the most important of the weekend. It’s that of the NASCAR Camping World Truck Series. A race that will occur on Thursday, not an actual ‘weekend race’, that will be critical for NASCAR. That’s because this will be NASCAR’s first [intentional] attempt at a weekday, primetime event on network television.

Now, you may have noticed the square brackets around the word ‘intentional.’

NASCAR ran the 2012 Daytona 500 on a Monday night on FOX, but that was only because of a plague, and I mean plague, of issues surrounding that race from weather to fire, that postponed the event.

The race had an average of 13.69 million television viewers, with 36.5 million watching part or all of the race. It became the second-most watched Daytona 500 in history, unintentionally. That race sparked the debate of NASCAR having more primetime races in the future to attract more fans.

After years of fans asking for it, it’s finally here again. A primetime event on network television.

Yes, it’s only the Truck Series, NASCAR’s third-tier series, however, it’s a race at Bristol. A popular track that could help get eyeballs on the sport after what’s been a tough year for NASCAR in terms of television ratings and track attendance.

This race being on a Thursday night in the summer gives it less TV competition. There aren’t many television series airing new episodes in the summer aside from reality TV. The only other major sport it could see itself competing against is baseball. There’s no basketball, football or hockey right now.

This is an opportunity for NASCAR to grab viewers flipping through channels on a Thursday evening with their family. A race going back to its roots on a short track under the lights could be exactly what the sport needs to reinvigorate it and light a flame in a place where the flame is getting dimmer and dimmer.