A legend’s fairy take and Greek tragedy delivered Craig Lowndes his seventh Supercheap Auto Bathurst 1000, and still on track to match, or beat, his mentor Peter Brock at the Mountain.

Lowndes and Steven Richards won from Boost Mobile Racing’s Scott Pye and Warren Luff, with Scott McLaughlin and Alex Premat third in the Shell V-Power Falcon. Luff is now third on the list of drivers for Bathurst podiums without a win, the fifth time he has trophied at Mount Panorama.

In heartbreaking scenes Reynolds had to withdraw from the race with severe cramping which also led to a late-race penalty when Lowndes and a podium was still in sight.

While Lowndes and Richards, who scored his fifth Bathurst win, celebrated a shattered Reynolds was next to tears in the Erebus garage.

“I am so, so devastated. We had the fastest car all day,” Reynolds said.

“My leg was cramping big time. When Lowndes passed me, I was 50 per cent throttle, I couldn’t tell whether I was on the brake or the throttle. I have never had anything like that before in anything I have ever driven. It was bizarre.

“Even the first 15 laps (of the last stint) I wasn’t mentally there. I was lost. My body gave up after that. I am just so disappointed for everyone involved. I just can’t believe it.”

The early strategies led to triple stints from the lead drivers in the back part of the race, with Reynolds reigning supreme until the famed lap 131, holding Lowndes at bay with 30 laps to go.

Then, boom. On lap 135 Lowndes got passed Reynolds, having slowly stalked him lap after lap. Complaining of cramp, Reynolds fell away from the Bathurst legend.

“It’s such a shame for Dave because they were the benchmark all weekend,” Lowndes said. “I wasn’t sure what happened but when we got the lead we weren’t going to give it up.”

Lowndes likened it to his victory in 2006 when he became the first to win the Peter Brock Trophy. This is the last time he will drive with long-time partner Steven Richards. 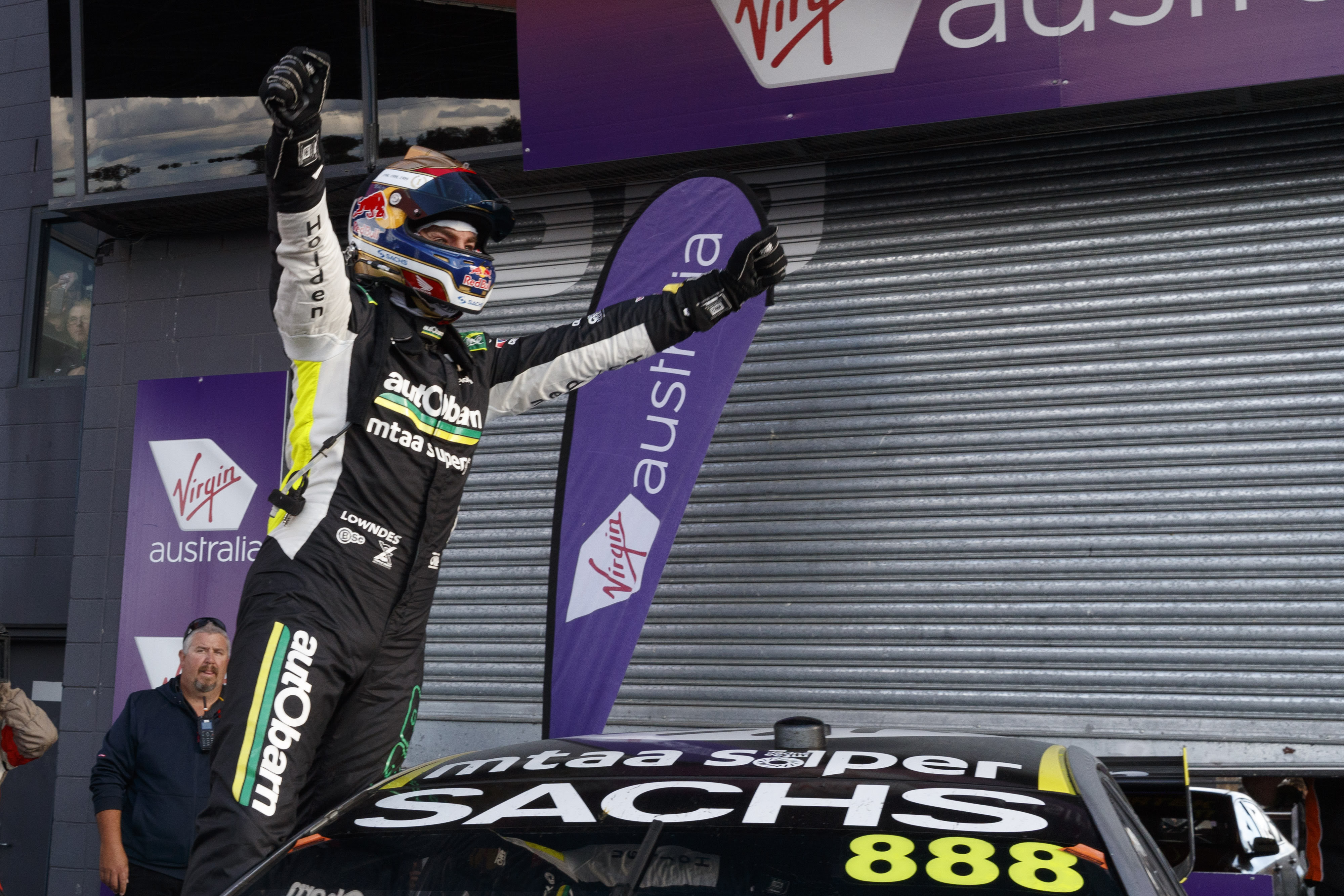 ‘It’s almost like ’06 back again,” he said. “I just wanted to enjoy that last lap. I really cruised and enjoyed it for what it was, watching the crowd right across the top of the mountain.”

For Richards, victory, his second with Lowndes, was as sweet as ever.

“The fact of the matter is we do have a few years under our belts,” Richards said. “Old mate here was just cruising, one hand on the wheel, fantastic. He will be back next year and probably win another one.”

Erebus looked to sub in Youlden with one stop to go. Reynolds appeared to recover a little as his team worked out what to do, matching Lowndes lap for lap.

He came in, was given fluids to rehydrate but in the process and with his legs cramped he allowed his wheels to spin during the stop, which is an automatic drive-through penalty. Game over.

The cramp then got the better of him in devastating scenes when he had to pit again for the team to put in co-driver Luke Youlden to finish the race.

It put Pye into second and McLaughlin into third, as Lowndes had control of the race.

On the other side Jamie Whincup’s recent Bathurst heartbreak continued when his co-driver Paul Dumbrell lost a wheel on lap 40 when running second to Youlden.

Whincup and Dumbrell entered the race as favourites, having dominated the Sandown 500 last month and qualified second for the Great Race.

The Whincup/Dumbrell Holden was the third car to start from the top 10 and suffer dramas early in the 161-lap contest.

They held on for tenth ahead of Fabian Coulthard and Tony D’Alberto in the second Shell V-Power Ford behind James Golding and Richard Muscat, the Percat/Macauley Jones combination and Garth Tander/Chris Pither in the Wilson Security GRM Commodore.

Chaz Mostert and James Moffat scored a strong fourth having been in the running all day, ahead of Shane van Gisbergen and fellow Kiwi Earl Bamber.
FOLLOWING TODAY’S SUPERCHEAP AUTO BATHURST 1000 RACE 25:

Supercars will race in front of fans later this month with today’s announcement of the Truck Assist Sydney SuperSprint. The fourth round of the revised Virgin Australia Supercars Championship will return to Sydney Motorsport Park […]

Coulthard returns to top of the podium with victory in Winton

Fabian Coulthard broke an eight-month drought in an all Kiwi finish with his first win of the Virgin Australia Supercars Championship season in Winton. Coulthard outlasted a fast finishing Shane van Gisbergen and his Shell […]