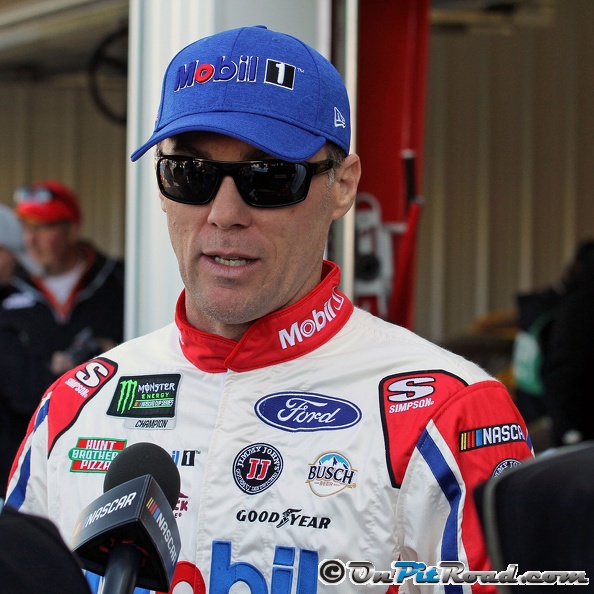 Kevin Harvick will compete for a Monster Energy NASCAR Cup Series championship Sunday at Homestead-Miami Speedway. Harvick qualified for the Championship 4 by finishing in the top four in the points in the previous round. Harvick had a season for which any driver would desire.

Harvick’s 2019 season has been impressive with eight wins, 22 top-fives, 28 top-10’s, and four poles. Harvick has led a staggering 1,932 laps this season and has an average finish of 9th.

Harvick has had what would be a career season for many drivers, but how does he perform at Homestead?

Harvick has one win in the season finale event, nine top-fives, 15 top-10’s, and one pole. A driver rating of 106.8 places him second on the all-time list at the speedway.

Harvick scored a win at Texas in the round of 8, however, after receiving an L1 penalty for discrepancies with the spoiler on his No. 4 Stewart-Haas Racing Ford, the win was encumbered and could no longer be used to secure his spot in the Championship 4. Harvick was left to clinch his spot at ISM Raceway, a track at which he has dominated over the last several years.

Early in the event, Harvick appeared to be easily on his way to another victory at the Arizona raceway, however, a flat tire at the end of Stage 1, would trap him a lap down. In typical Harvick fashion, he fought his way back to finish a solid fifth place finish scoring enough points to advance to the final round.

Harvick, who won the MENCS championship in 2014 will battle two other former champions and a driver with momentum. The drivers competing against Harvick are – Joey Logano seeking his first title, defending series champion, Martin Truex Jr, and 2015 series champion, Kyle Busch.

2 thoughts on “How Does Kevin Harvick Stack-up at Homestead?”