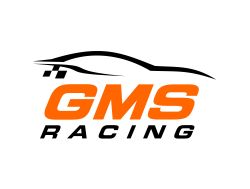 John Hunter Nemechek has been named the driver of the GMS Racing No. 23 Chevrolet full-time in the NASCAR Xfinity Series (NXS) for the 2019 season.

Last season, Nemechek split seat time between NXS and the NASCAR Gander Outdoors Truck Series. Nemechek did find some success scoring one win in in 18 starts in each series.

Nemechek replaces Spencer Gallagher as the team’s primary driver. It was announced earlier this season that Gallagher, who is the son of GMS Racing team owner Maury Gallagher, would not return as a driver. The younger Gallagher will assume other duties with the team.

Mike Beam, president of GMS Racing, was very complimentary of Nemechek and expects him to help the team progress forward.
“John Hunter is a wheelman,” said Beam. “We are excited to have him on board for the 2019 season. With how much progress we showed last year in our NASCAR Xfinity Series program, I know that John Hunter will take us to the next level.”