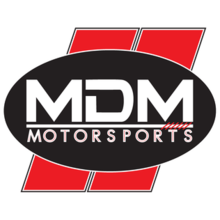 MDM Motorsports will no longer compete in the NASCAR Gander Outdoors Truck Series. The multi-car team operation in both ARCA and K&N competition will also decrease to a two-car operation. The team plans on competing full time in both series and defending their current ARCA Series championship, which they are celebrating tonight in Indianapolis with MDM driver Sheldon Creed.

“MDM Motorsports has amassed more than 30 wins over the last two racing season,” said Matt Miller, Team Partner at MDM. “We’ve had a great run with more than a dozen different drivers win for us across three series. However, with the growth of driver development programs across all series, we feel that it’s time to scale back our operation and our driver development efforts.”

With the reduction in teams, restructuring of the organization will begin as well. Former team partner Mark McFarland will move to Joe Gibbs Racing in 2019 to manage the team’s ARCA operation. The MDM Motorsports driver line-up, as well as numbers, sponsors and more will be announced at a later date.