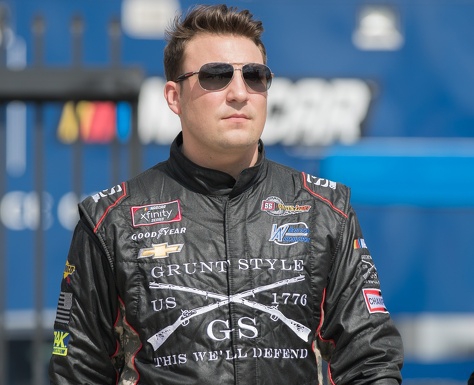 Mooresville, N.C. (January 7, 2019) Young’s Motorsports announced today Spencer Boyd has joined the team as the pilot of the No. 20 Chevrolet Silverado. Boyd, who is entering his fourth season of NASCAR competition, will compete full-time in the NASCAR Gander Outdoors Truck Series in 2019.

“This is an amazing opportunity for me with a team that is committed to running up front,” said the twenty-three-year-old St. Louis native.  “I learned a ton in my first full-time season in the Xfinity Series last year and the Young’s have given me the opportunity to build on that this year. For me and my career, it’s about continuing to gain experience and performing better, so that’s what we’re going to do in 2019.”

“We really admire Spencer for what he’s done in our sport. He is rising through the ranks on pure grit so to add his talent to our program is a great fit.  With his experience and popularity, we are looking to the 2019 season to be the one that puts Young’s Motorsports on the playoff contender map,” said team principal Tyler Young. “My family and our partners are proud to have grown the team to run two trucks full-time last year and giving the No. 20 guys a driver like Spencer to work with every week will certainly continue to improve our program.”

The No. 20 truck became the team’s second full-time entry in 2018, recording a top-5 and three top-10 finishes with ten different drivers in the seat, including four series rookie debuts and four veteran pilot appearances. Andrew Abbott will return as crew chief.

“I’m looking forward to working with Spencer,” mentioned Abbott.  “He is known for giving great feedback, taking care of his equipment, and getting the most of out of a race car.  He will be an important part of our team going forward as we build on our past success.”