Scott McLaughlin set a new practice lap record at The Bend as he ended Friday practice over half-a-second ahead of his nearest rival.

The other story of the day was wildcard Thomas Randle, who in his first ever Supercars session was quickest on track before showing it was no fluke, with a top ten finish in the final session of the day.

The defending Virgin Australia Supercars Champion went a second clear of the field 11 minutes into the half-hour and improved that once again, going well under Jamie Whincup’s practice lap record of set during the circuit’s inaugural Supercars event last year. “We rolled out with a really good car,” said McLaughlin.

“Obviously it was a bogey round for us last year, so it was about getting out there and getting a balance straight away.

“So we tried a couple of things in Practice 1, got to a nice balance and just then it felt awesome so there’s not much I can fault from it.

“I think last year we were so low on the drag, we had to drop the wing so much to try to keep up with the Holdens down the straight and stuff so it was just crazy loose.

“We have made it better as well with how we’re running our setup and stuff… so yeah, stoked, stoked for everyone.”

All seven Mustangs made the top 10, with Will Davison ninth and wildcard Randle 10th. 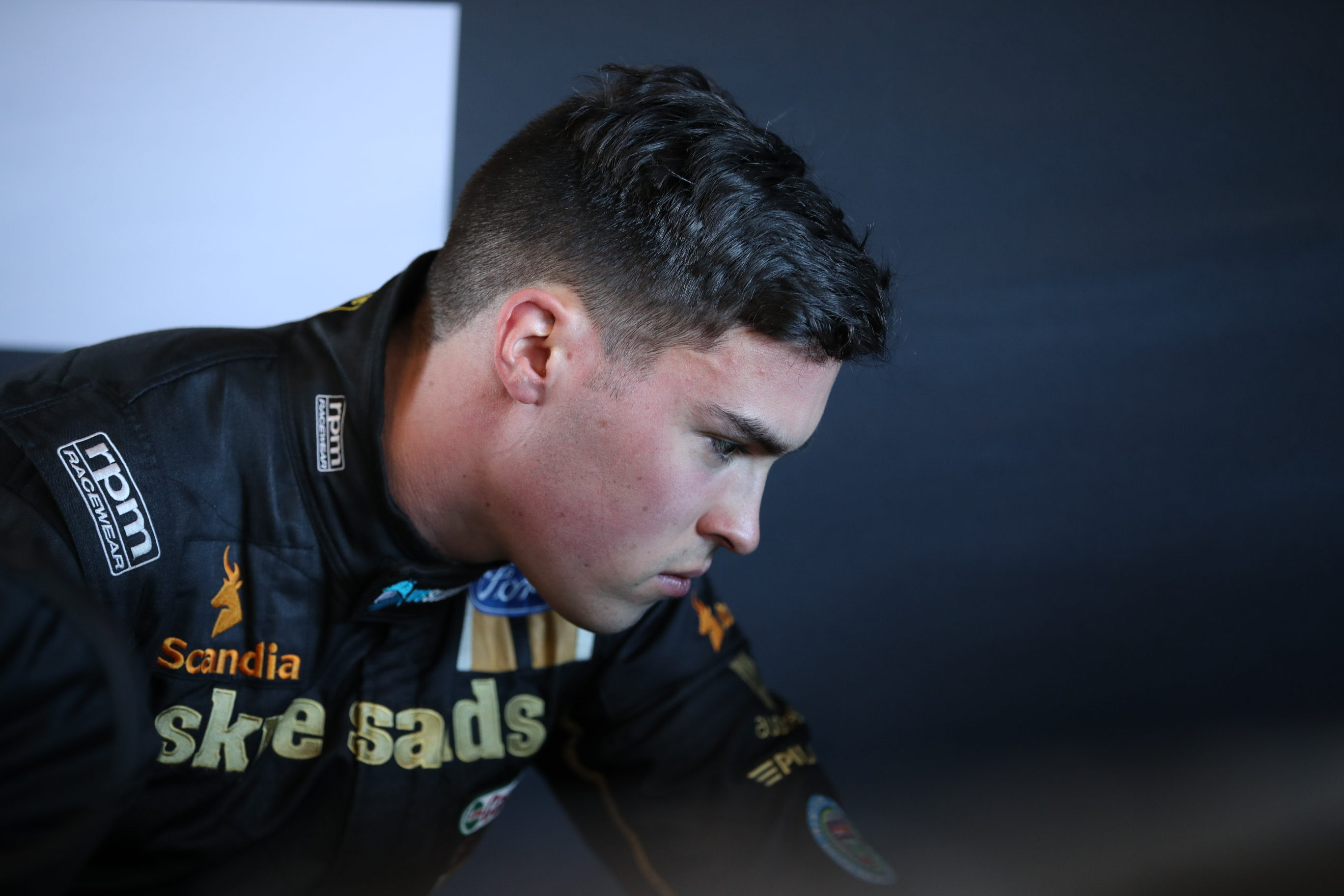 Joining them in getting a free pass through Q1 for Saturday’s knockout ARMOR ALL Qualifying are Penrite Racing’s David Reynolds, Nissan’s Rick Kelly and youngster Anton De Pasquale.

Dunlop Super2 regular Randle was ecstatic with his effort, which followed topping the additional driver session, and a fourth in Practice 2.

“I’m speechless,” he said. “It was in the back of our heads coming into the weekend, imagine if we could get straight into Q2.

“It doesn’t feel real, it’s just fantastic and to be sitting out of Q1 straight away is awesome.”

It was a tough day for the Red Bull Holden Racing Team, with Shane van Gisbergen 16th and Whincup 25th after an off on his final lap.

The team struggled throughout the day on a circuit at which it dominated last year.

“The car is quite difficult to drive, just haven’t quite refined it at this stage,” said Whincup.

“We weren’t going to get into the 10, but we came into the second-last corner around P15 and locked the rears and ran wide.

“Talking to Shane both cars are a little bit hard to drive at the moment. We’ve got some work to do on set-up overnight to find some more pace.”

Walkinshaw Andretti United drivers Scott Pye and James Courtney were among others finding it tough going, ending up 20th and 24th respectively.

A third practice session on Saturday morning ahead of AMROR ALL Qualifying and the opening race of the weekend, a 120km SuperSprint which begins at 3:25pm local time

Supercars on track times this weekend:

Seven-time Supercars Champion Jamie Whincup has set the scene for a Championship fightback in a 1-2 finish with new Championship leader Shane van Gisbergen in the OTR SuperSprint at Tailem Bend in South Australia. Whincup […]

Scott McLaughlin scored his fourth victory of 2020 in the Saturday night race at the Truck Assist Sydney SuperSprint. The win was McLaughlin’s 47th of his career, edging him to just one behind the great […]