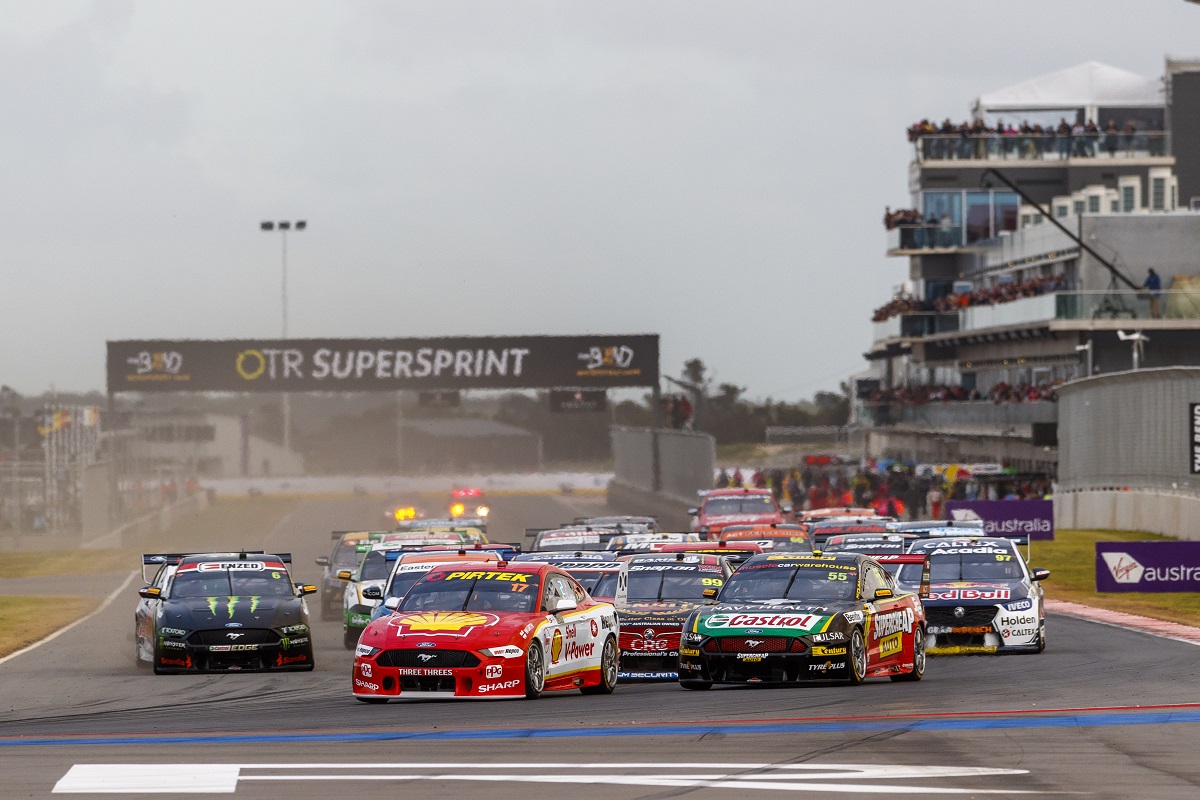 Defending Virgin Australia Supercars Champion Scott McLaughlin has a chance to equal the great Craig Lowndes season record of 16 race wins tomorrow after claiming an historic win at the OTR SuperSprint this afternoon.

The Shell V-Power Mustang ace started from second but got the jump on pole position winner Chaz Mostert to lead from start to finish on the winding South Australian track this afternoon. McLaughlin then kept his cool in tough cool conditions to claim his 15th win of 2019.

The race featured several incidents on the opening lap that the leaders were lucky to avoid, including a spin by Will Davison in his 200th career round start and a crash between Todd Hazelwood and Nissan’s Simona De Silvestro who began the race from her best-ever starting position in 13th.

The incident Hazelwood with a bonnet flapping in front of his windscreen for an entire lap before he safely pitted for repairs. 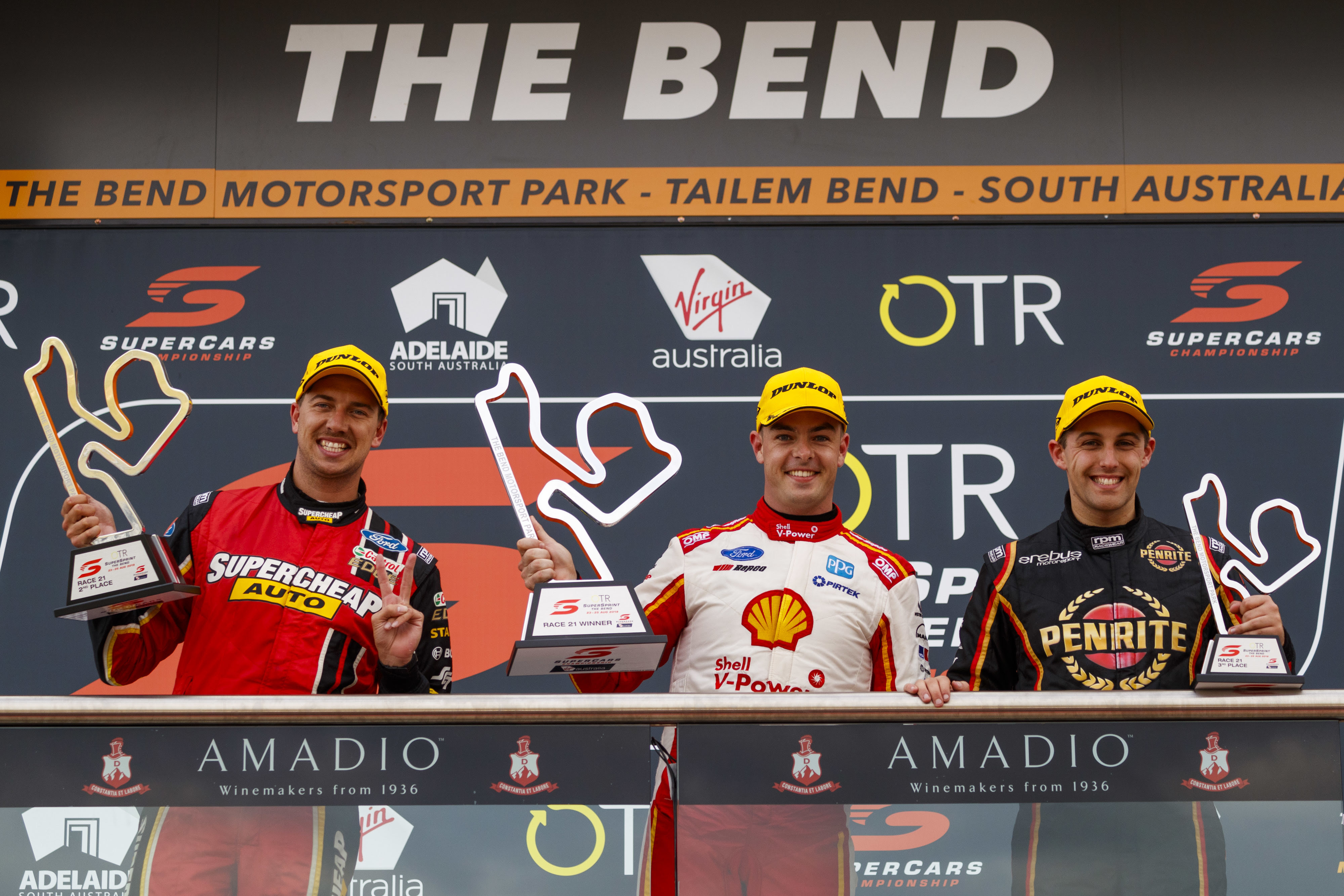 Seven-time Supercar Champion and race winner at The Bend in 2018 Jamie Whincup finished in 11th place following an early-off after trying to get around Reynolds.

McLaughlin’s win extended his Championship lead over teammate Fabian Coulthard to 514 points while Mostert moves back into third and Shane van Gisbergen remains the best of the Holden drivers in fourth ahead of Whincup and Reynolds.

McLaughlin said: “I knew the start was going to be the key and that was probably the best start for me for the year. That was just hooked up and got going.

“[There’s been] a lot of hard work behind the scenes. I’ve been working hard on my fitness and on the preparation side for Tailem Bend, as well as the team on the car. I’m just proud that it all came together.”

Mostert said he was surprised to have lost out at the start.

“He kind of out-grunted me … the launch and all that was OK but I just couldn’t go in a straight line with that thing so look a credit to the car,” he said.

“I was able to keep the gap for most of the race with him so I’m pretty positive, I’m looking forward to tomorrow.”

He added of the late fuel scare: “I think there was plenty but just being cautious, you never want to come across the last couple of corners and have a big cough.

“The guys know their numbers but they are never 100 percent, so yeah, when the alarm is flashing at you, you just back out of it.”

Teams will now turn their attention to tomorrow’s qualifying and the final race of the weekend which begins at 1:40pm local time.

Supercars on track times this weekend: