Scott McLaughlin rode his luck on the smell of an oily rag to claim his maiden Supercheap Auto Bathurst 1000 title and the first for his Shell V-Power Racing Team in 25 years.

McLaughlin won an intense final battle when he was saved by a safety car while under the threat of running out of fuel, which would have given fellow Kiwi Shane van Gisbergen his first Bathurst win. 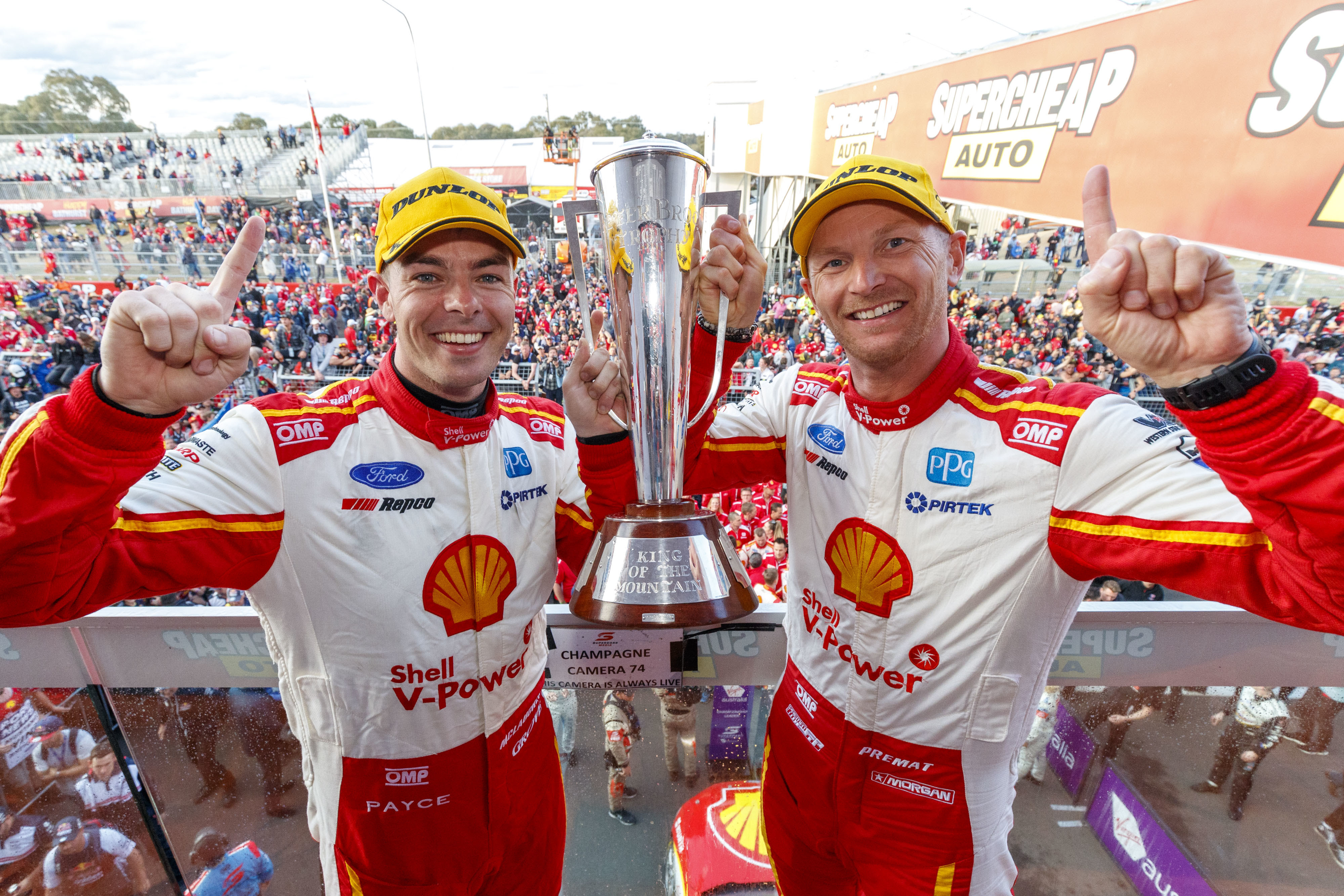 Ironically it was another Kiwi, Andre Heimgartner, who sparked the safety car with three laps to go. Until then McLaughlin’s team did not know if they had enough fuel, or not.

The safety car meant he was able to conserve enough of the little fuel left in the tank. Then, it all came down to a single lap after more than six hours of racing.

“I can’t believe I won the bloody Bathurst 1000,” McLaughlin said.
“We had such a good car all week. I put so much pressure on myself. 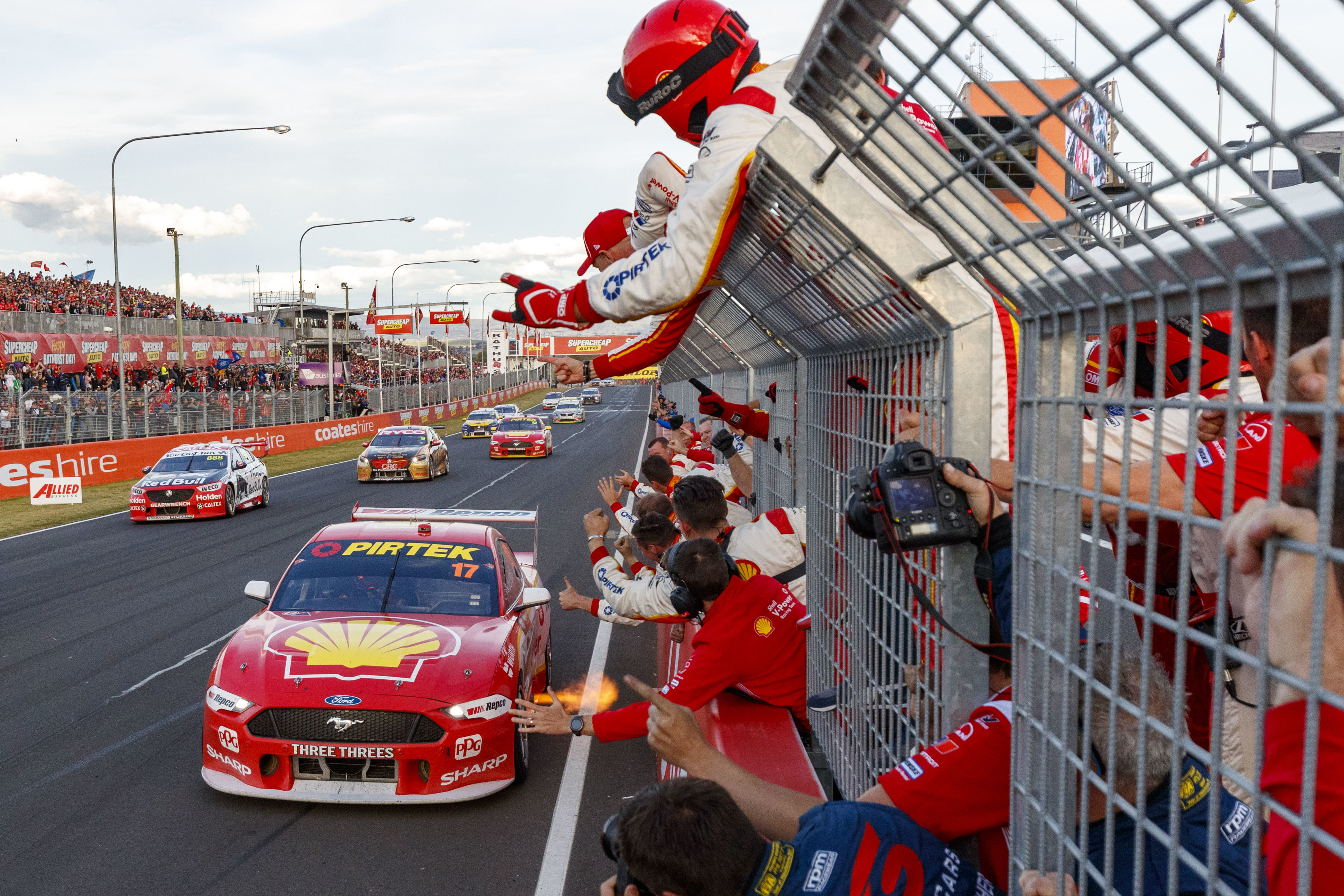 Premat became the first Frenchman to win Bathurst and one of the few internationals to stand on the top step.

“Everything was gambling, gambling, that was crazy,” Premat said. “It’s magic, magic.”

It was the first victory for Dick Johnson Racing, now known as DJR Team Penske, and US magnate Roger Penske who bought into the team four years ago.

The last time Johnson won at Mount Panorama was in 1994 when the Australian icon beat Craig Lowndes and Brad Jones home with co-driver John Bowe.

“It’s one off the bucket list now, what a great Champion,” Penske said. “I just can’t believe what is going on here, it is just so exciting.”

When American wildcard Alexander Rossi sparked a safety car on lap 135 it threw the race into a battle of fuel as most of the front-runners, aside from Van Gisbergen, were a few laps short of having enough to get them home.

Van Gisbergen’s team-mate Jamie Whincup was one of those.

He led the race at that point after McLaughlin stalled in the pits.
But he had to return late in the race to top up, no doubt with memories of the last time he ran out of fuel when leading Bathurst.

That left McLaughlin and Van Gisbergen to battle to the end.

The hard luck story of the day was with team-mates Chaz Mostert and Cam Waters who crashed into each other on lap 102 just when both were pushing McLaughlin and Whincup.

The pair were running third and fourth, with both looking at a podium or even more depending on what happened in the closing stages.

“We were trucking along for a podium, we were fuel saving and Chazzy was obviously trying to race me to pass me. I don’t know what to say, the car was fast, we should have been on the podium.”

It appeared to work in Whincup’s favour at the time with the safety car allowing him to save valuable fuel and maintain the lead he took in the pits under the previous safety car.

A second safety car straight after the resumption, when Penrite Racing’s Anton De Pasquale slammed into a wall when his throttle jammed, helped with more fuel conservation.

That was before the Rossi safety car under which they all pitted but appeared to be a lap or two short on the fuel needed to finish. One of those was Whincup.

The rest ended in McLaughlin and Premat’s extraordinary victory.

Ten out of ten for Whincup in Townsville

Seven-time Supercars Champion Jamie Whincup has made it ten wins in ten years in North Queensland, by claiming victory in today’s opening race of the 2018 Watpac Townsville 400. It was Whincup’s third race win […]

A tactical masterstroke and extraordinary drive secured Scott McLaughlin four straight wins in Perth when the Kiwi made up a staggering eighteen positions in an amazing Supercars race in Barbagallo. Shell V-Power Racing’s McLaughlin held […]