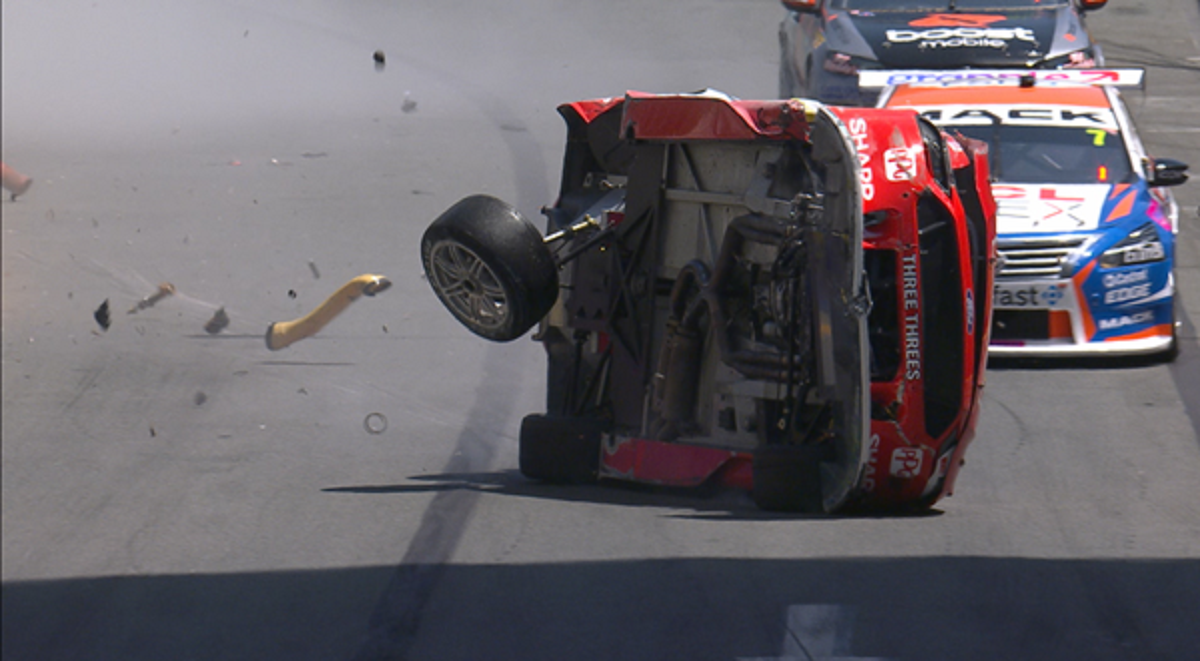 Championship leader Scott McLaughlin has walked away from a spectacular high-speed crash that caused his Mustang to flip on the streets of the Gold Coast this morning.

McLaughlin lost control after clipping a concrete wall at 135km/h during qualifying for this afternoon’s second and final race of the Vodafone Gold Coast 600.

The Shell Mustang clipped the wall on his left which sent him into into the walls on the right, before the Supercar flipped onto its side and skidded until it came to a stand still on its side.

In an act of great sportsmanship, McLaughlin’s greatest Championship rival and good friend Shane van Gisbergen stopped his Commodore behind the stricken Mustang and ran to assist the medical and emergency teams that arrived on the scene.

McLaughlin was able to free himself and walk free from the wreck and walk to the medical centre for mandatory testing.

McLaughlin has been cleared by medical staff and could’ve raced this afternoon, however his Mustang cannot be repaired in time which means it will miss this afternoon’s race.

McLaughlin had recorded the quickest time in qualifying prior to the crash.