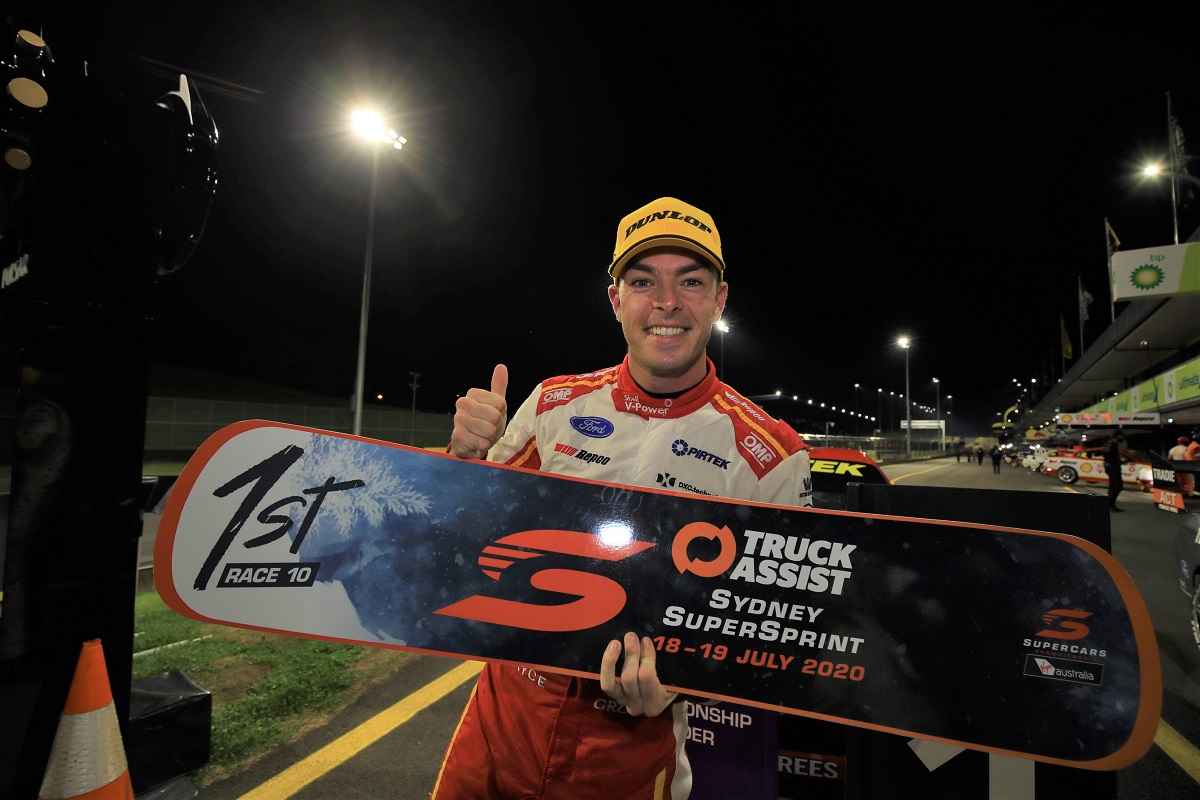 Scott McLaughlin scored his fourth victory of 2020 in the Saturday night race at the Truck Assist Sydney SuperSprint.

The win was McLaughlin’s 47th of his career, edging him to just one behind the great Peter Brock on the all-time record. If the 27-year old kiwi wins both races tomorrow he will overtake the Bathurst great into 5th on the all-time wins list.

Tonight’s race was the first under the new $16 million permanent lighting setup at Sydney Motorsport Park and the whole circuit lit up provided spectacular vision for the fans in the grandstand and for those watching at home.

McLaughlin started from pole but quickly dropped back after selecting a harder tyre compound then other competitors, but the two-time defending Supercars Champion showed his class, by fighting back to win using for a better term worse tyres than others.

As expected, varying tyre strategies made the 32-lap race a complex affair, with a limited allocation of soft and hard compound rubber needing to be spread across the three-race weekend.

McLaughlin’s ability to win the race despite only using one set of soft tyres leaves him well placed for Sunday.

“It’s music to my ears,” said McLaughlin of the tyre situation. “Obviously I have got another set up my sleeve.

“We’ve got a lot of racing left to go but we stuck to our guns. We knew that people were probably going to try that strategy but we trusted our car speed.”

Added Holdsworth: “You can’t be unhappy with P2, but Scotty was on a hard and soft strategy so I would have liked to have covered him because we played all our cards today.

“When you come out on cold tyres you’ve got nothing,” he added of the crucial rejoin. “I just hugged the inside line through Turn 2 and just couldn’t hold it through Turn 3.

“I got a bulk-load of understeer, I just couldn’t hold it and these boys tucked in underneath me.”