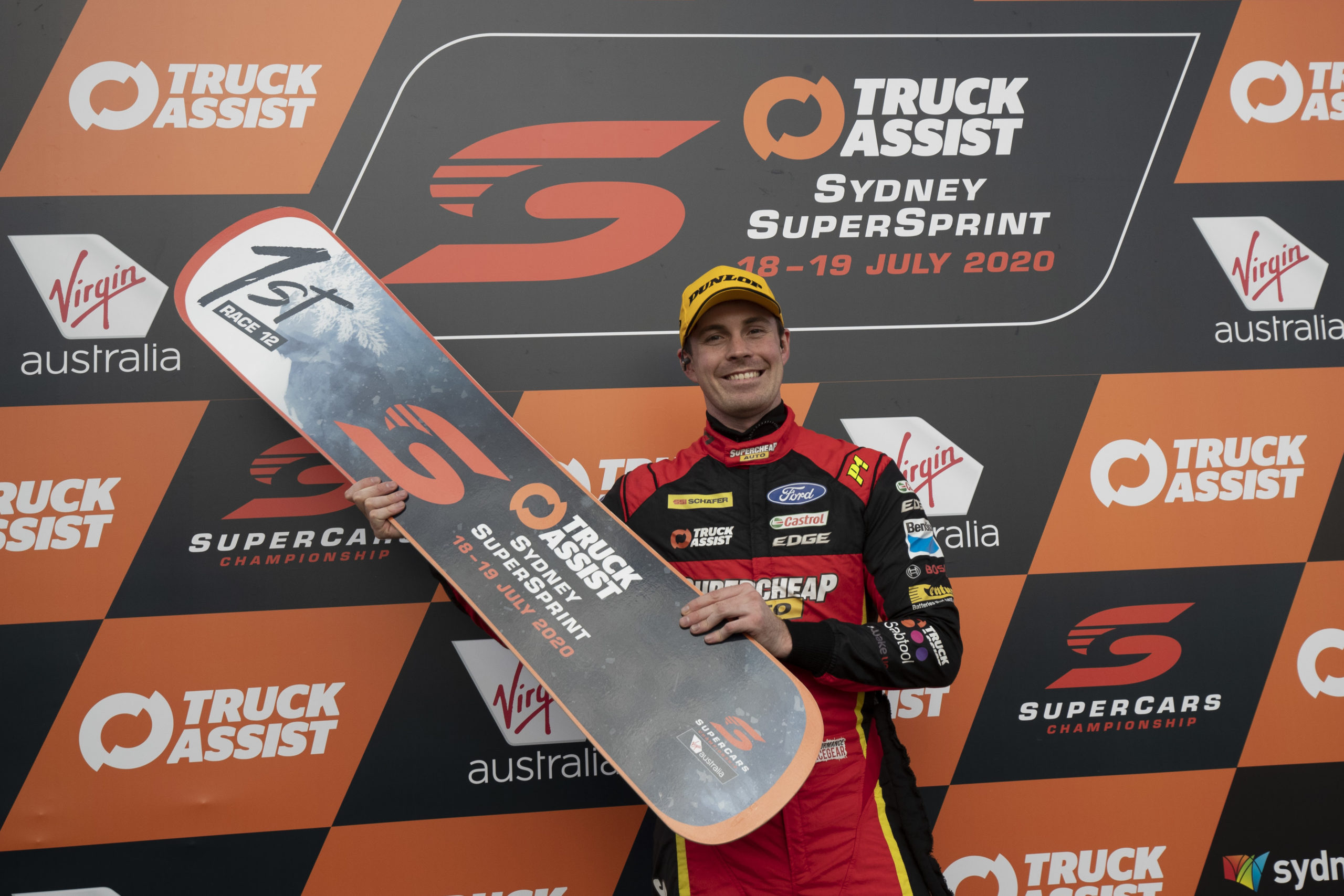 Ford youngster Jack Le Brocq etched his name into history today with his maiden win in Supercars at the Truck Assist Sydney SuperSprint.

The Victorian former Karting Champion, who now drivers the #55 Supercheap Auto Mustang for Tickford, became the 79th driver to record a victory in Supercars, holding off kiwi Andre Heimgartner and Holden youngster Todd Hazelwood in this afternoon’s final race of the event.

This afternoon’s race result, under new tyre rules, is the first time neither a Shell Mustang driver or Triple Eight driver has finished on the podium in a race since the 2017 GC600.

Earlier today, Nick Percat from Brad Jones Racing made it two wins in two events, claiming his 4th career victory in the opening race of the day in front of the Shell Ford duo of Fabian Coulthard and two-time defending Supercars Champion Scott McLaughlin.

After McLaughlin won last night’s spectacular return to night racing and Percat won the second race this afternoon, everything was on the line in the final race of the meet this afternoon and the race delivered.

Heimgartner started from pole position for the first time in his career but a perfect race from Le Brocq meant he took the spoils and will celebrate his first Supercars win tonight before the trip to Queensland.

Le Brocq’s pit stop put him in front of Heimgartner midway through the race and he held on from there.

Hazelwood’s third position finish was the first of his career. An emotional Hazelwood thanked his family post-race, who are known for holding weekly sausage sizzles that have helped to pay for Todd’s career to date. It was the first time since 2005 Hazelwood’s mum hasn’t been trackside.

The day belongs to Le Brocq, who has moved from Victoria to the Gold Coast and back to Victoria to further his short-career at the top level and it all paid off today, as he led the field home in front of fans at Eastern Creek.

This weekend’s results mean Scott McLaughlin has opened up a 107 point Championship lead over Jamie Whincup heading into next month’s double-header in Darwin.

Chaz Mostert is now third in the Championship standings while Percat has jumped up into fourth.