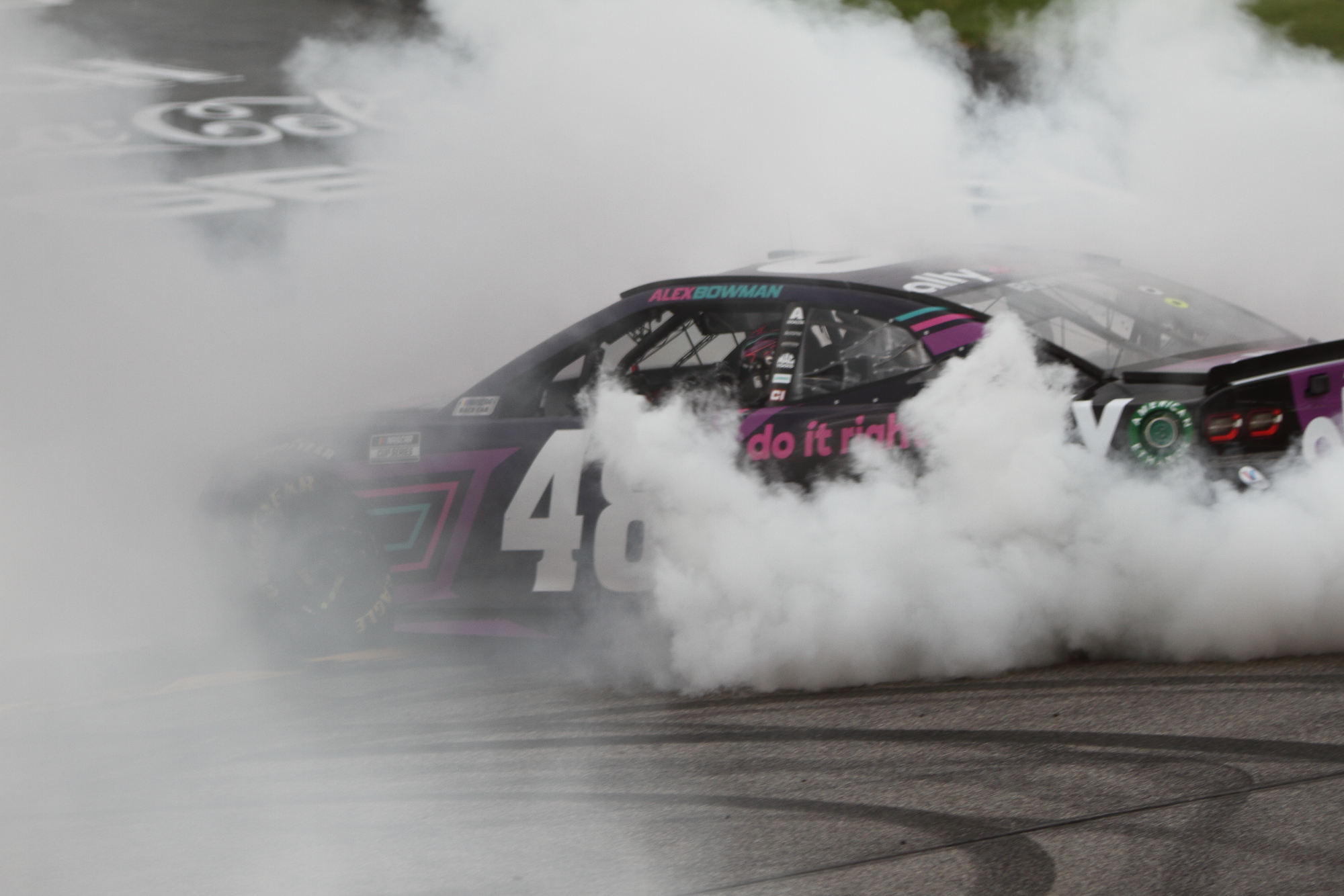 An emotional Alex Bowman could only shake his head and give kudos to the crew of his No. 48 Hendrick Motorsports Chevrolet following a dramatic victory over Denny Hamlin Sunday in the Toyota Owners 400 at Richmond Raceway.

Bowman took the lead for the first time all race on a restart with 10 laps remaining and easily pulled away from Hamlin, who had been the day’s most dominant driver. Bowman’s .381-second winning margin earned the 27-year old his first victory of the season, third of his career and first ever on a short track. He is the eighth different race winner in nine NASCAR Cup Series races this season.

“To be honest with you, we were terrible on short runs,” said Bowman, who had to overcome a pit road speeding penalty as well. “We restarted third and I’m like, if we get out of here with a solid top-five we’ll be good. We overcame a lot today.

“I don’t know if [crew chief] Greg [Ives] pumped the pressures way up or what he did, but that’s more grip than I’ve ever had in a race car at Richmond and it worked out really well.”

It was an especially tough runner-up finish for Hamlin, considering how strong he’d been all day, and all season. Hamlin, who swept the two stages wins and led a race high 207 of the 400 laps, had to be thinking he may have finally secured his first victory of 2021. He held the race lead taking the green flag for that last restart, only to be passed easily by Bowman.

The second-place finish is the eighth top-five finish in the opening nine races for the Joe Gibbs Racing driver Hamlin – an all-time record for top fives to start the season without a win.

“We just didn’t take off quite as good there at the end,” an obviously disappointed Hamlin said. “I tried to warm it up and do everything that I could – just the 48 (Alex Bowman) had a little more on those last few laps and I couldn’t hold the bottom.

“Once he got the position, we were just shut down there. Great job by this FedEx Ground team. First and foremost, we want to think of all of the families in Indy right now. Awful tragedy to happen there. Our thoughts and prayers are with these names. We will get them. We will keep digging. We are dominating – just have to finish it.”

Penske Racing’s Joey Logano, who led 49 laps and for much of the closing portion of the race looked as he would settle the trophy with Hamlin, instead finished third, followed by Hamlin’s JGR teammates Christopher Bell and Martin Truex Jr., who led 108 laps.

The late race caution – and the drama it created – was especially ironic considering most of the event had gone caution free.

Early on it was a duel between the Gibbs teammates and then Logano, who took the battle to Hamlin late.

“The adjustments they made on that final pit stop definitely made it start firing off really well,” Logano said of Bowman. “He started to pay the penalty the last couple laps but he was so far out, it didn’t matter.

“We were just so close with the Shell Pennzoil Mustang and wanted to get our Ford in victory lane here. We led some laps, made the pass on Denny Hamlin. He and I had a lot of fun with it going back and forth.

“I just hate being that close,” Logano added.

With his runner-up effort Hamlin holds a commanding 81-point lead over Truex and 82-point advantage over Logano in the championship standings.

The series’ next race is the GEICO 500 at Talladega (Ala.) Superspeedway on Sunday (2 p.m. ET, FOX, MRN, SiriusXM NASCAR Radio).