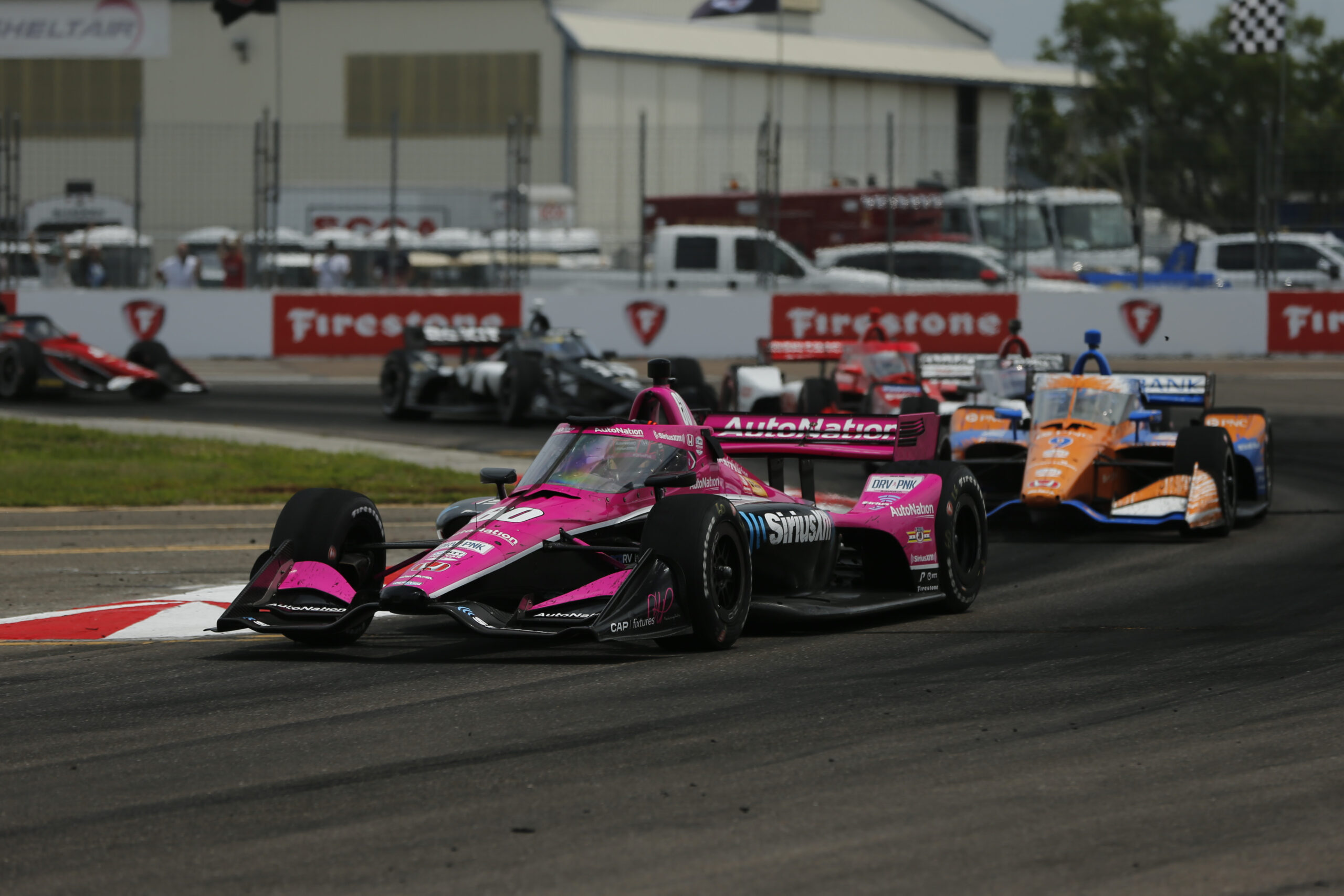 Closing out practice in the top three and qualifying on the front row for the second time in his career was the recipe for a strong podium finish for Harvey during the Firestone Grand Prix of St. Petersburg.

Taking the green flag on Firestone alternate tires, Harvey slotted into second position and didn’t look back for the first 30 laps of the 100 lap race. Harvey kept the pressure on the leading cars ahead despite scorching track temperatures and rapidly degrading tires.

After a lap 34 pit stop for a set of primary tires and a front wing adjustment, Harvey was once again on the hunt towards the podium contending cars. The second half of the race saw Harvey take aggressive action through on two restarts to hold fourth.

The team was hopeful that finishing the race on primary tires would give Harvey the chance to fight back into podium position. The final 10 laps of the race saw the top four evenly spaced out as Harvey began to pull away from fifth. The Brit ultimately crossed the finish line fourth in the order, marking for his second best INDYCAR finish – behind his third place result at the Indianapolis Motor Speedway Road Course in 2019.

“I think that was a solid day,” said Harvey. “Obviously when you start on the front row, you want a podium. But overall the No. 60 AutoNation / SiriusXM Honda was working really well. It would have been awesome to be on the podium in AutoNation’s home race, but it’s been a really great start to the year, and that’s what we didn’t have last year. I’m really happy with everyone at Meyer Shank Racing. They have been working their butts off to have these results. We’ve been close to a pole, and to a podium today. But if we keep working at it, those things will come.”

“Jack did an awesome job today,” said Mike Shank. “We lost a bit of pace towards the end of our stint on reds but we knew that Jack was really strong on blacks which is why we decided to finish the race that way. These are the types of results that we need to be getting this year and to start off the season this way is great for morale heading into the rest of the season.

Meyer Shank Racing will continue a three week streak of INDYCAR races with the double-header race weekend at Texas Motor Speedway May 1-2.