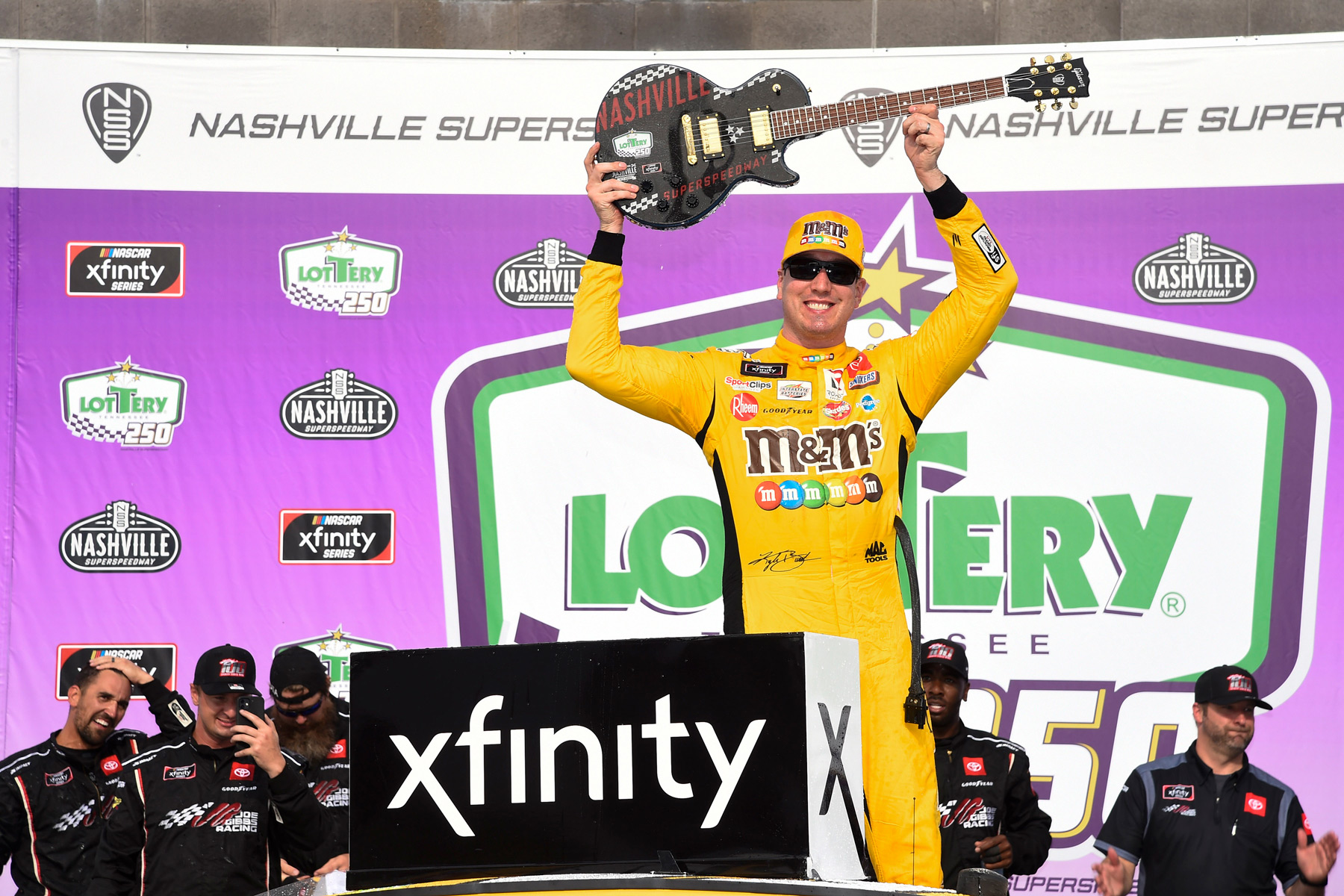 LEBANON, TENN. (June 19, 2021) – In an already historic weekend of racing, Kyle Busch added another layer to Nashville Superspeedway’s lore and to his growing legend within motorsports.

It is Busch’s second career Xfinity Series victory at Nashville and fifth overall at the track, along with two NASCAR Camping World Truck Series wins and one ARCA Menards Series triumph.

Busch, driving the No. 54 Toyota for Joe Gibbs Racing, survived a series of restarts in the race’s final stretch and finally powered past Justin Allgaier in a green-white-checkered overtime finish.

Busch is 51 wins ahead of second-place Mark Martin (49 victories) on the Xfinity Series’ all-time victory list.

“I remember growing up as a kid and watching Mark Martin win every week,” said Busch, who led 122 of the race’s 189 laps. “It’s just been phenomenal years to have be associated with Joe Gibbs Racing and Toyota.”

Allgaier looked to play spoiler to Busch’s party several times in the race’s final stretch, as multiple restarts had Busch and Allgaier battling at the front of the field and even exchanging a bump or two.

“I felt like we put ourselves in a good position,” Allgaier said. “Unfortunately, I didn’t get the push I needed to [at the end].”

“It was way racier than I remember Nashville being,” Busch said. “At the end, I knew if we could clear those guys and I could hit my marks I could pull away.”

Xfinity Series points leader Austin Cindric won the first stage and led 53 laps overall but ended up 32nd after a multi-car crash along the frontstretch.

“I thought I was clear and got checked into the grass and a pretty hard hit,” Cindric said. “Winning the first stage was great. Just not our day.”