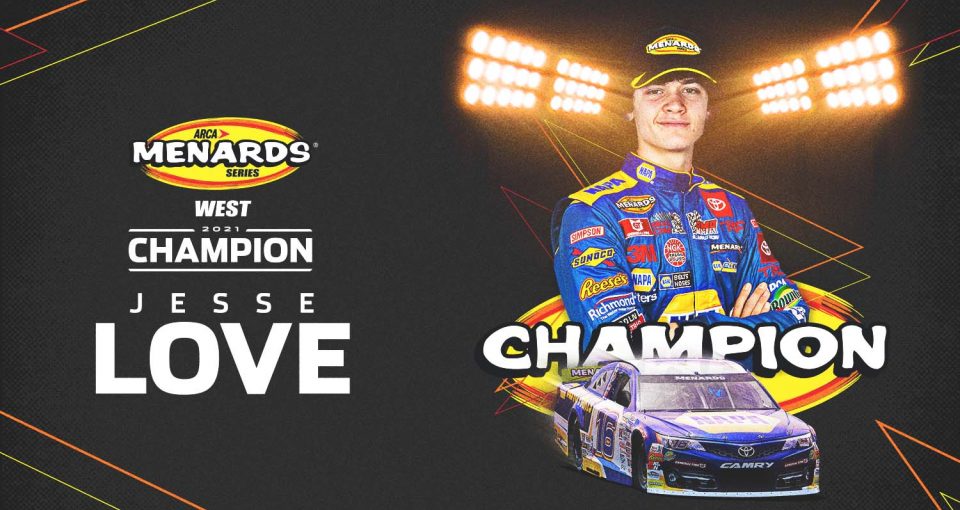 For the 16-year-old California native, it is his second consecutive championship in his second full-time season in the series. Love, who set the NASCAR record as the youngest champion in history last season, drove to two wins at Irwindale Speedway in California. He scored four top-fives and six top-10 finishes in nine starts this season. Love also earned his first national ARCA Menards Series victory in Salem, Indiana, in October.

“We could not be more excited to celebrate another championship with Jesse,” said Paul Doleshal, Group Manager, Motorsports and Assets, Toyota Motor North America (TMNA). “He has constantly delivered on the racetrack since becoming a part of the Toyota family and we are thrilled to watch him continue to grow and win races with the TRD driver development program.”