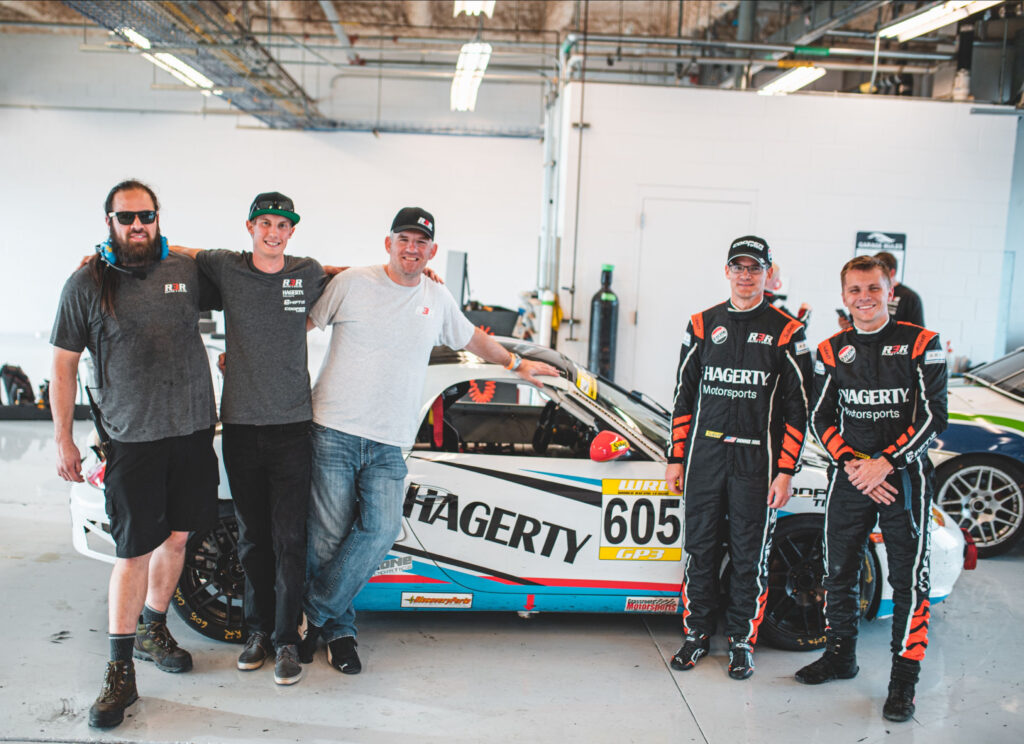 nship battle came down to the final race of the season with Round 3 Racing (R3R) taking the top spot in the 2021 World Racing League GP3 National Championship.

Austin, Texas (5 December 2021) – The championship battle came down to the final race of the season with Round 3 Racing (R3R) taking the top spot in the 2021 World Racing League GP3 National Championship.

The No. 605 Hagerty Drivers Club Porsche Boxster of Carter Pease, Cole Loftsgard, Dennis Neel, and Jim Ptak represented R3R as they took the top honors at Circuit of the Americas on Sunday. The Hagerty team shined in each outing since joining the lineup at Mid-Ohio Sports Car Course where they stood on the podium in both races that weekend.

Pease, Loftsgard, Neel and Ptak went on to combine for another second place finish in Race One at Road America before starting a four race win streak in Race Two at Road America, Daytona International Speedway, and Race One and Two at Road Atlanta to catapult themselves into the lead of the GP3 National Championship.

The No. 605 Porsche returned to the top step of the podium in the 24 Hours of Sebring International Raceway with the help of Sarah Montgomery, Brad McCall and Buz McCall. On their way to earning the GP3 National Championship, the No. 605 team captured the WRL Eastern Championship that was awarded following the round at Sebring.

The 2021 season came down to two eight-hour endurance races at Circuit of the Americas (COTA). Again Pease, Loftsgard, Neel and Ptak pushed the Porsche Boxster in the opening race of the weekend to take second, their ninth podium finish of the season, and cement themselves as the GP3 National Champions.

“2021 was a dream season for the 605, for me personally and the team,” said Neel. “From meeting at Mid Ohio and not knowing my co-drivers, having to learn who they were and having no idea if it was going to be a good season, bad season to multiple podiums and winning a championship is remarkable. To stand on the podium nine times this season is pretty awesome and speaks volume for this program. The entire Round 3 Racing crew has been just incredible, especially Martin, I mean, we wouldn’t be here without him. To pull off what we were able to pull off with a group of guys that came together at Mid-Ohio and a rookie car chief who stepped up to the plate is truly a storybook ending.”

The GP3 title is the first national championship for Round 3 Racing since joining the World Racing League in 2019.

“We said at the beginning of the season that winning a national championship means everything for this team,” said Team Co-Owner Brad McCall. “I’m beyond proud of those four drivers in the No. 605 who put together an incredible season. There were ups and downs from destroying a car to building a new one. It was a total team effort – even the drivers who stood in the No. 605 throughout the season. What an amazing year for the whole team.”

The celebrations at COTA continued for R3R as the No. 701 Team Cooper Tires Porsche Cayman of Loni Unser, Mike GIlbert, and Mo Dadkhah swept the GP1 class with the class win on Sunday.

“After a lot of development, we were able to prove that the No. 701 is a strong contender in the GP1 class,” said Unser. “The first couple of outings we struggled but we knew that with this team in Round 3 Racing that we could get these wins and it feels so good to have proved to everyone that it’s possible. Winning felt easy and right this weekend. I’m on cloud nine.”

The No. 601 Team Sentinel Porsche Boxster of Hannah Grisham, Christian Maloof and James Candelaria had their own hopes of victory as they led for over an hour before a sensor failure required the Porsche to be brought to the garage and fall from podium contention. The No. 601 Porsche was quickly mended and finished the eight hour race in sixth.

The debut weekend for No. 401 Team Hagerty BMW M4 GT4 ended prematurely for Montgomery, Brad and Buz McCall. The Hagerty drivers raced their way to run as high as second before contact by a competitor during Buz McCall’s stint caused terminal damage for the BMW. The No. 401 BMW will be repaired at the R3R shop in Joliet, Illinois before returning to WRL competition to contest the 2022 season.

The 2022 World Racing League begins for Round 3 Racing at Barber Motorsports Park on March 4-6, 2022. The driver and car lineup will be announced later this year.