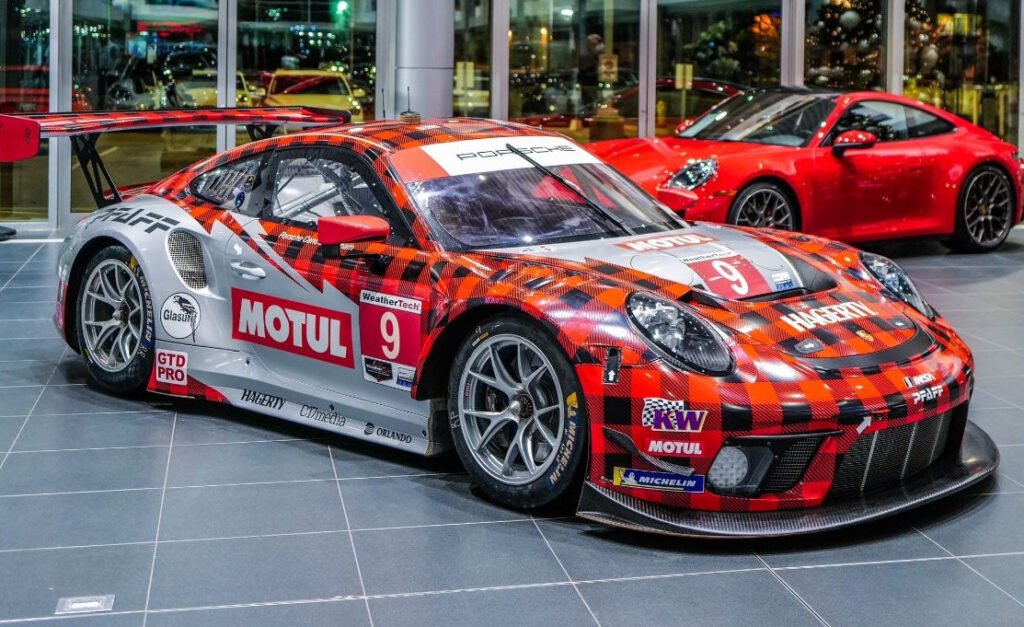 The Pfaff partnership marks yet another opportunity for the Cornelius, N.C.-based organization to work with a Canadian-based entity and champion its marketing efforts. Previously, SS+E staffers have worked closely with Canadian brands such as the rock band Simple Plan, NTT IndyCar driver James Hinchcliffe and Petro-Canada Lubricants.

With a storied history in marketing initiatives rooted in NASCAR and IndyCar racing, SS+E’s relationship with Pfaff marks its first venture into the IMSA WeatherTech SportsCar Championship with a top-flight organization.

“When you look at the landscape of a global brand like the IMSA WeatherTech SportsCar Championship, it’s important for our agency to explore opportunities beyond American borders,” said Spire Sports + Entertainment President Bill Anthony. “Pfaff Motorsports is a highly-regarded team throughout Canada and across the IMSA paddock. With an abundance of OEMs and a robust television package with NBC, the team checks all the boxes for SS+E when we look at what an ideal client looks like. There’s no mistaking the buffalo plaid Porsche 911 on the racetrack, and we’re thrilled to put pen to paper and officially add Pfaff Motorsports to the SS+E client roster.”

Over the past decade, Pfaff Motorsports has been one of the most successful sportscar teams in North America. The Pfaff name has been synonymous with Canadian motorsport since the company was founded in 1964.

Since then, the team has earned championship honors on seven occasions, amassing 34 race wins and 36 pole positions while leading over 5,000 laps. Pfaff Motorsports continued to raise the bar in 2021 by logging four IMSA GTD wins, including the famed 12 Hours of Sebring. The Canadian team was rewarded for its 2021 efforts with the IMSA GTD Class Championship.

Buoyed by its championship-winning pedigree, Pfaff Motorsports will move up the IMSA ladder this season and compete for the 2022 GT Daytona Pro (GTDP) Class Championship. Matt Campbell and Mathieu Jaminet will handle the team’s driving chores for the entire season, with Felipe Nasr joining Campbell and Jaminet for the four Michelin Endurance Cup rounds at Daytona, Sebring, Watkins Glen and Michelin Raceway Road Atlanta.

“We’re thrilled to be partnering with SS+E for the 2022 season,” said Pfaff Motorsports General Manager Steve Bortolotti. “They are a company that deeply understands the racing landscape and has a proven record of success of building partnership programs for the brands they have represented. With their international ability to execute activations for partners at a very high level, SS+E is a key component of Pfaff Motorsports’ plan to raise its game both on- and off-track in 2022.”

The 60th running of the Rolex 24 at Daytona will take the green flag Saturday, January 30, beginning at 3:30 p.m. EDT. The first of 12 races on the 2022 IMSA WeatherTech SportsCar Championship will be televised live across NBC, USA and Peacock.

About Pfaff Motorsports
Founded by team principal and owner Chris Pfaff, Pfaff Motorsports is the 2021 IMSA GT Daytona Class champion. With a pedigree that dates back to 1964, Pfaff Motorsports is building on its winning heritage and stepping up to GT Daytona Pro in 2022. The team’s winning mentality starts at home with its group of automobile dealerships across Canada. The group represents Volkswagen, Audi, BMW, MINI, Porsche, McLaren, Singer Vehicle Design, Pagani, BAC Mono, Harley-Davidson, Mercedes-Benz, Subaru, and Automobili Pininfarina automobiles and motorcycles, and also operates Pfaff Tuning, Pfaff Leasing, and Pfaff Autoworks.