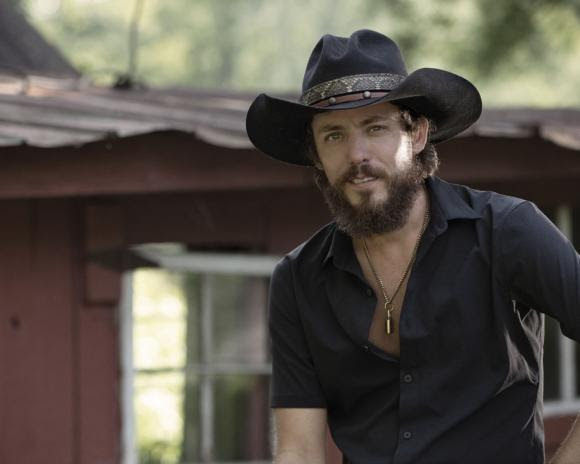 CONCORD, N.C. (Jan. 12, 2022) – Fans are sure to be feeling nothing but good vibes when singer/songwriter and Academy of Country Music award winner Chris Janson takes the stage for a electrifying pre-race concert ahead of the 63rd running of the Coca-Cola 600 at Charlotte Motor Speedway on Sunday, May 29.

Known for No. 1 hits including “Buy Me a Boat,” “Fix a Drink,” “Done,” and “Good Vibes,” the high-octane entertainer and multi-instrumentalist will bring a variety of fan favorites as well as new music from his forthcoming album.

“I can’t wait to perform in Charlotte at one of the biggest events in NASCAR. It’s going to be a great day filled with two things that I love: country music and NASCAR.”

The 60-minute concert will take place in the infield, preceding the speedway’s spectacular Memorial Day Weekend salute to the troops and the green flag for NASCAR’s toughest test of man and machine, the Coca-Cola 600. Fans can upgrade their race ticket to a Track Pass for stage-front access to the concert and a trackside view of all the pre-race festivities.

“The Coca-Cola 600 is the biggest Memorial Day Weekend party in the country, and what better way to kick things off than with one of country music’s biggest names,” said Charlotte Motor Speedway Executive Vice President and General Manager Greg Walter. “With Chris Janson’s spectacular pre-race concert, a rousing pre-race salute to the troops and one of NASCAR’s crown jewel events all on tap, this year’s Coca-Cola 600 should be on every fan’s bucket list.”

TICKETS:
Tickets to the Coca-Cola 600 start at just $49 for adults. Kids 12 and under get in for just $10 with a paying adult. For tickets to all of Charlotte Motor Speedway’s events, including the 63rd running of the Coca-Cola 600, visit www.charlottemotorspeedway.com/tickets.

Who is Chris Janson? He’s a “live legacy in the making” (Rolling Stone). Breakout country star Janson is a platinum-selling recording artist, high-octane entertainer, multi-instrumentalist, and award-winning singer/songwriter. The ACM award winner has collected prestigious accolades that place him amongst country music greats. Both his inspiring hit “Drunk Girl” and his chart-topping, 3x Platinum smash “Buy Me A Boat” were named among NSAI’s “Ten Songs I Wish I’d Written” lists – making Janson one in a handful of the industry’s most elite artists to earn the title multiple times. “Good Vibes,” the flagship single from his 2019 album Real Friends, and follow-up “Done” each topped the country charts, bringing his total of No. 1 songs to four – and now the hit-maker is entering a new chapter with “Bye Mom.” The single, derived from the real-life story of co-writer Brandon Kinney, is a triumphant ode to unconditional love. It was most-added upon impact at country radio and earned the highest first-week streaming total of Janson’s career. In addition to his own successes, the talented songwriter has lent his pen to industry peers including Tim McGraw (“Truck Yeah,” “How I’ll Always Be”), LOCASH (“I Love This Life”) and the legendary Hank Williams Jr. (“God Fearin’ Man,” “Those Days Are Gone”). Catch Janson’s “crazy harmonica skill and… riveting stage tyle” (People) this winter on his headlining Halfway to Crazy Tour and see for yourself what makes him an “undeniable star” (The Tennessean).