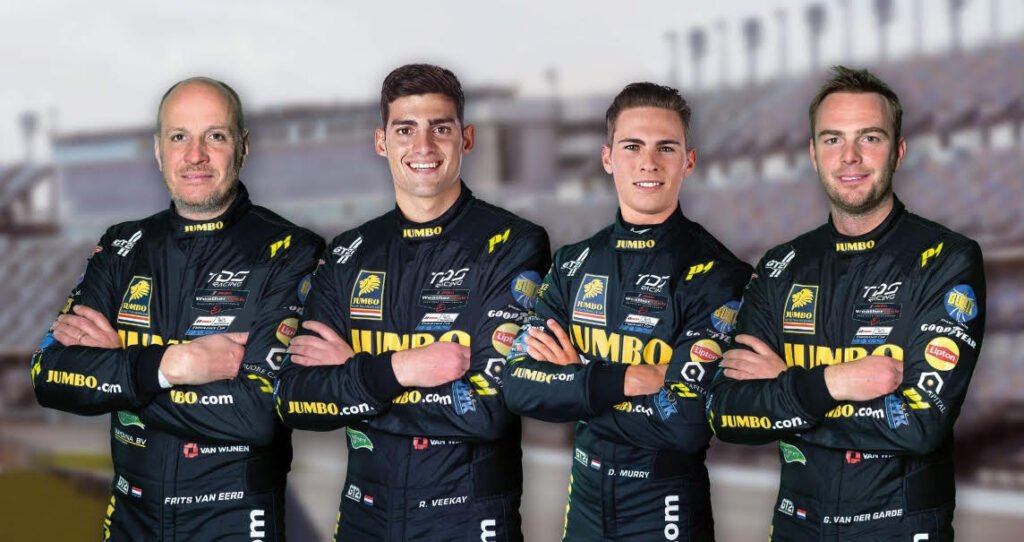 Driver Dylan Murry will make his debut with Racing Team Nederland next weekend, January 21-23, at IMSA’s “Roar Before The Rolex 24” at Daytona International Speedway.

Murry has signed on with the Dutch endurance racing team for IMSA’s four endurance rounds at Daytona, Sebring, Watkins Glen and Road Atlanta.

“This is an amazing opportunity,” said Murry, the son of former sports car world champion, David Murry. “I am still in awe about the entire program. This will be the best year of racing yet.”

The Athens, Georgia resident will be stepping up in class this season after competing in LMP3 last year. He finished third in the standings aboard a Riley Motorsport-run Ligier.

“I really don’t know what to expect,” said Murry. “The LMP3 is the fastest car I’ve driven lap time wise, so I don’t really know what to expect with the LMP2. I have driven cars with the same power to weight ratio as the LMP2, but never something with that much downforce. The braking abilities and cornering speeds are insane, and I am so excited to drive it for the first time. I do feel this is the right time in my career, and that I am ready for the next step up.

“Having been in LMP3 for a couple years now, I feel it is the perfect time to take the step up to LMP2. The current IMSA LMP2 cars are very similar to the LMh and LMDh cars. It’s going to be the same chassis with similar aero and power. It is perfect timing for me to be able to get experience in these cars, so I am ready for the LMDh opportunity when it comes. That’s where my eyes are set.”

Murry is excited about the chance to drive with his teammates Frits van Eerd, Rinus VeeKay, and Giedo van der Garde. Last year, the team captured the Pro/Am LMP2 crown in the FIA World Endurance Championship.

“I am so thankful for Fritz, Racing Team Nederland, and TDS Racing for all coming together and choosing me to be a driver for the year – it truly means a lot,” said Murry. “To be able to work with both an F1 driver (van der Garde) and an IndyCar driver (VeeKay) will be a great opportunity. It will be a perfect match since I know the tracks, and they know the car. We will be able to learn very quickly from each other to have great success this year.

“I think it is time for me to start learning Dutch and French. Between all the other drivers living in the Netherlands and the TDS team based in France, I am outnumbered. I am proud to carry the American flag with us to the races and am grateful that the team has put faith in me to run with them.”

The “Roar Before The Rolex 24” weekend will include a one-hour, 40-minute qualifying race on Sunday, January 23, in advance of the 60th Rolex 24, which is scheduled for January 29-30.

Dylan Murry made his IMSA debut in the Michelin Pilot Challenge Series in 2018 alongside his father. They were the first father-son combination to race in the series. In 2017, he finished in the top 10 in both NASCAR K&N Pro Series races that he competed in. He also has 12 overall championships to his credit in go karts as well as in the Pro Class Legends and Pro-Legends Winter Series at Atlanta Motor Speedway.