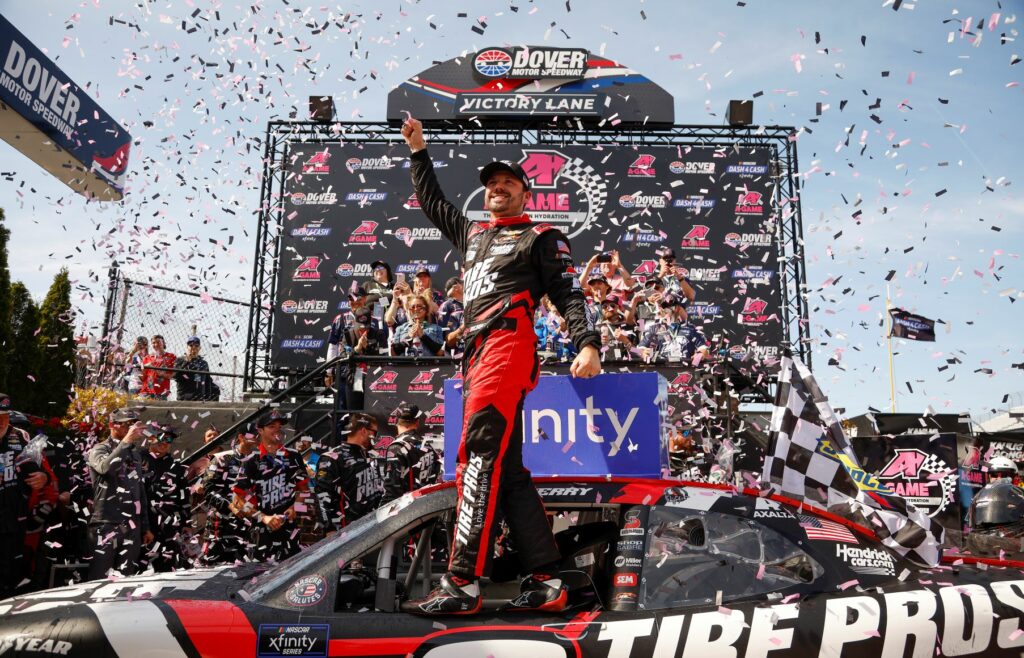 Berry led the final 55 laps of the 200-lap race to claim his first win of 2022 and the third of his Xfinity Series career. His JR Motorsports team claimed four of the race’s top-five positions – the first time any team has done so since 2013. Joe Gibbs Racing’s Ty Gibbs was third followed by JRM drivers Noah Gragson and Sam Mayer.

Allgaier led a race-best 67 laps but was passed by Berry’s No. 8 JR Motorsports Chevrolet with 55 laps remaining. He rallied to his ultimate second-place finish after suffering a setback on a slow final pit stop. Berry returned to track with the lead on that re-start and Allgaier had to race forward from fourth place, getting as high as second but never having a true chance to make a pass for the win.

“I struggled a lot on the bottom on the restarts and just kept trying to work to get better. It’s just credit to these guys, the pit crew did a phenomenal job today, they executed when we needed it,’’ said the 31-year old Tennessee native, Berry. “And we were there when it counted.

“I went toe-to-toe with Justin Allgaier and he’s so freaking good here,’’ Berry added. “Gosh, I thought he was kind of out of it after that pit stop and then he was right back to second and I thought, ‘here we go again.’ ”

Allgaier, 35, a perennial championship contender, is looking for his first win since Darlington, S.C. last May. This marked his fifth runner-up finish in that time – but is his best showing of 2022.

“Proud of our team, we wanted to get the car in victory lane but with the string of bad luck, I feel like today was a good day, just a little bit short,’’ said Allgaier, who had finished 20th or worse in four of the five races leading into Dover.

Gragson’s fourth place finish marked a solid end to a challenging day for the 23-year old and earned him his $100,000 bonus check in the Dash 4 Cash program.

“What a day for the entire company, four cars in the top-five, and congratulations to Josh Berry for his win,’’ said Gragson, who added with a smile holding up the giant $100,000 cardboard Dash 4 Cash winner’s check, “My car was as fast as the Xfinity internet.’’

A.J. Allmendinger finished sixth but retains the championship lead by 43 points over both two-race winner Gragson and three-race winner Gibbs.

Mayer’s fifth place finish was impressive considering his eventful day. He won Stage 1 and then had a pit stop situation during the ensuing stop. His No. 1 JR Motorsports Chevrolet lost a left rear tire and he ended up having to make an extra stop and eventually dropping back as far as 19th place before making his way forward again.