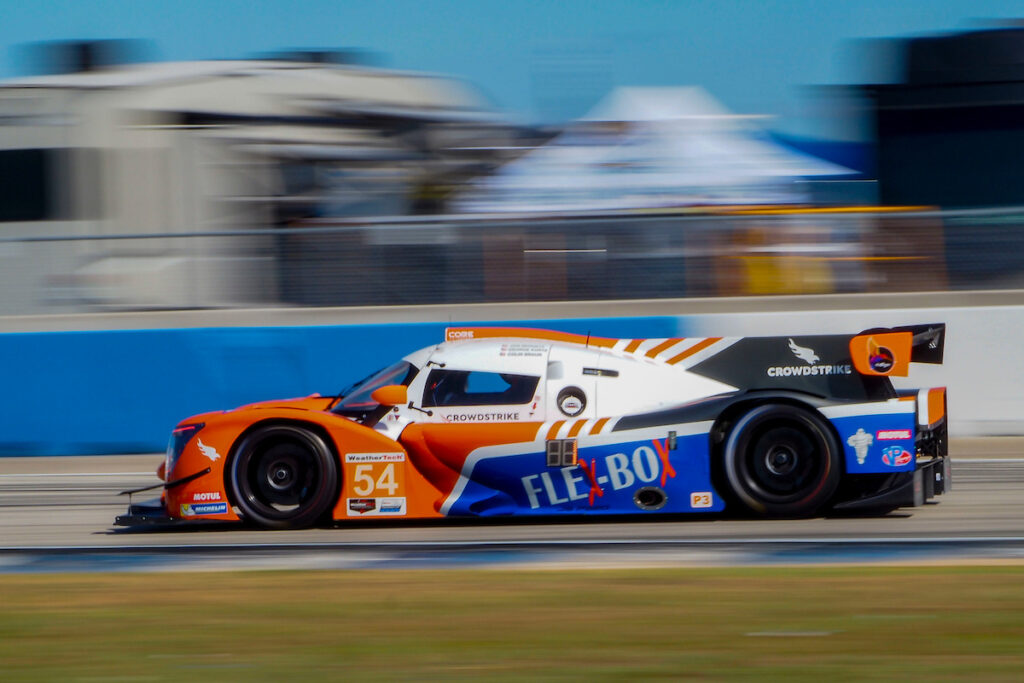 It’s the first race in the WeatherTech SportsCar Championship for Kurtz and CrowdStrike Racing since March’s Mobil 1 Twelve Hours of Sebring. Kurtz will rejoin Jon Bennett and Colin Braun behind the wheel of the No. 54 CrowdStrike/Motul/FLEX-BOX Ligier JS P320 in the Le Mans Prototype 3 (LMP3) category.

This year’s Watkins Glen round will see a bigger promotional presence for CrowdStrike as it continues as an Official Partner of IMSA, the sanctioning body for the WeatherTech Championship.

Kurtz charges into Watkins Glen following three race victories this weekend at the SRO America competition at Virginia International Raceway (VIR). He now leads both the Fanatec GT World Challenge Powered by AWS and the GT America Powered by AWS championships with the next SRO race scheduled for Watkins Glen in July.

Kurtz looks to build on his earlier success this year in long-distance races. He finished third in the Rolex 24 At Daytona with CORE autosport and recorded a runner-up finish at the 24 Hours of Dubai in January. Those results built on a solid 2021 where Kurtz and CORE won in class at the Sebring 12 Hours and placed second at Watkins Glen.

“Endurance races are some of the best and most competitive events all year,” Kurtz said. “I enjoy the multi-driver, multi-class format because of the challenge it presents and the teamwork involved. Long-distance racing is a blast, but it’s even more fun at an old-school, classic track like Watkins Glen. The layout of the track tests every part of a car and driver. I’m looking forward to reuniting with Jon and Colin to see if we can climb a step higher this year at the Sahlen’s Six Hours.”

The honor recognizes the team in each IMSA WeatherTech SportsCar Championship class demonstrating the unique qualities needed to be successful in long and grueling IMSA endurance races. It will be given to the team that sets the fastest time on the final lap of each Endurance Cup race with presentation of the Sebring awards taking place during Sunday’s pre-race ceremonies at Watkins Glen.

The Sahlen’s Six Hours of The Glen is scheduled for 10:40 a.m. ET on Sunday, June 26. The race will stream live on Peacock with USA’s live television coverage beginning at 2 p.m. ET. IMSA Radio will air all on-track sessions at IMSA.com along with XM 207 and SiriusXM Online 992.

Purpose-built in the cloud with a single lightweight-agent architecture, the Falcon platform delivers rapid and scalable deployment, superior protection and performance, reduced complexity and immediate time-to-value.

Located in Rock Hill, South Carolina, CORE autosport operates its numerous motorsport programs from a purpose-built, state-of-the-art facility. From its inception, CORE autosport has been driven by the belief that wins, in and of themselves, are not the only definition of success. After all, a team can do everything right, only to have a race win taken from them by a mishap caused by another competitor, or a failure of a component over which they have no control. What defines success at CORE autosport is the development and execution of processes and systems that put them in the best position to seize victory.