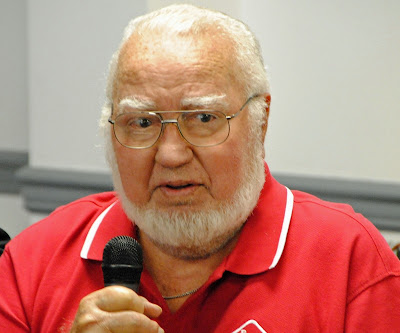 Today an emotional Doc Mattioli, the President and patriarch of the Pocono Raceway for 50 years, announced he was resigning all of his positions at the Speedway today. With his Wife, Rose, by his side Doc announced that his oldest grandson, Brandon Igdalsy, age 35, would take over as President and CEO effective today. 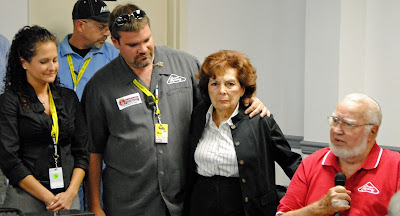 Executive Vice President while his sister, Ashley Igdalsky, age 30, will become the Secretary/ Treasurer of the corporation.

When asked how long Doc had thought about the decision to step down he replied. “ Oh gosh, I don’t really know. It was something that just evolved and evolved and evolved. When I realized that my three grandchildren are capable than I started thinking heavily about it. They’re really three super kids right here, and we have a lot of confidence in them.”

While he may be turning over the operation and control to his grandchildren, Doc and Rose Mattioli have set the corporation up so the track can not be sold while either of them are alive. In fact, Rose Mattioli will sit on an executive committee with the three grandchildren along with their accountant and as Doc says “the executive committee really and truly does run Pocono Raceway”.

Doc said of his last 50 years of running one of the last family owned Nascar tracks in America, “it has been a nice trip. And I feel very happy and lucky to have these three kids. We’ll continue on from here and I’m quite sure that they will take care of you guys as I did and hope to do in a proper way. An now I say with the three grandchildren we’ve had a pretty good time. “