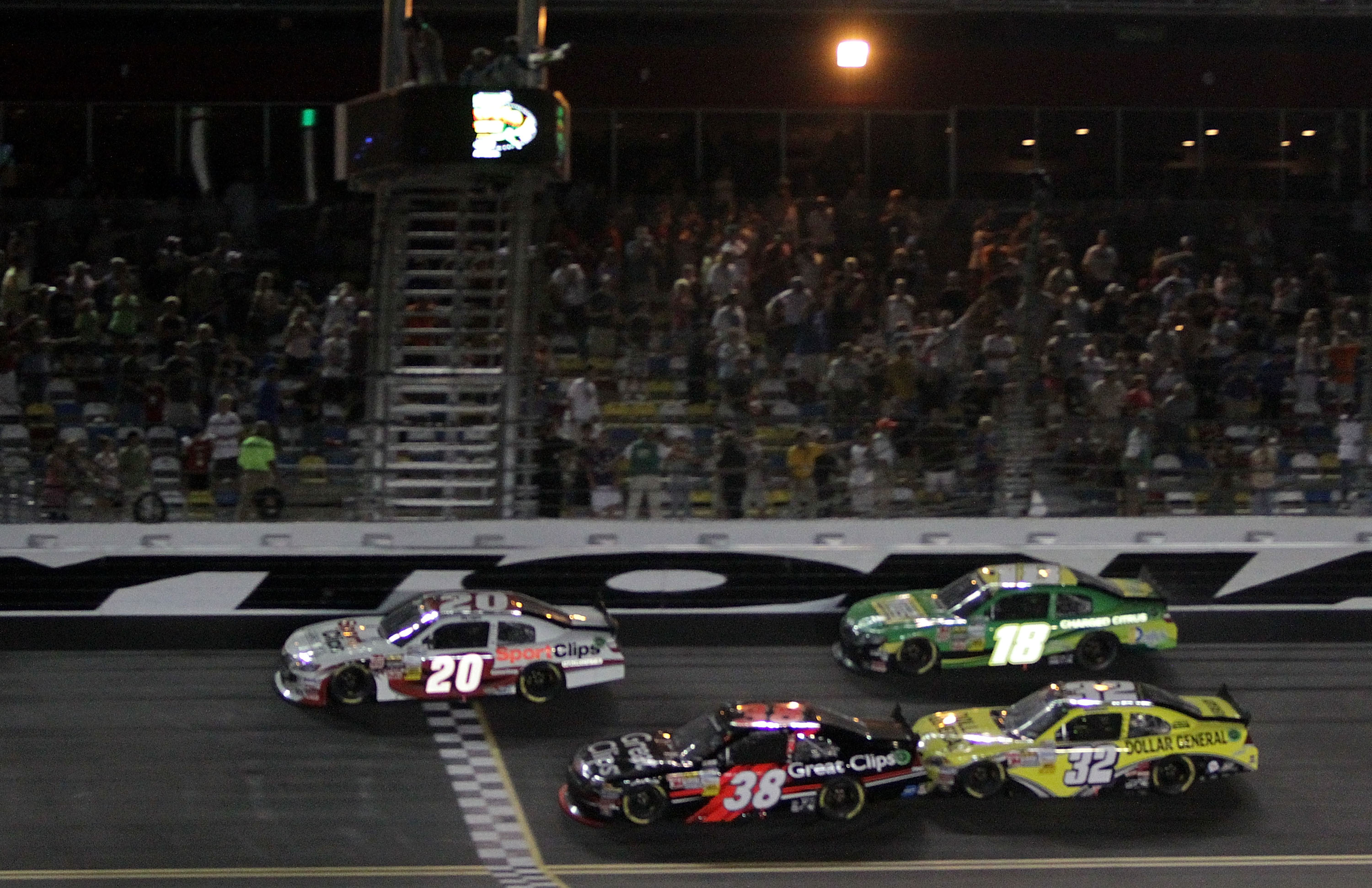 No one ever quite knows who is going to win a race at the plate tracks of Daytona and Talladega.

The two winners of the NASCAR Nationwide plate series races haven’t been leading on the final lap, in fact they weren’t even leading until a few hundred feet before the checkered flag.

James Buescher won the previous Daytona race despite being in 11th when the white flag flew. Thanks to a top-10 wreck, Buescher was able to drive on through to the victory, the first of his career in any of the top-three national touring NASCAR series.

As the series makes it’s way back to Daytona, Buescher and his No. 30 Turner Motorsports Chevrolet and the rest of the Turner team could make a season sweep at the two and a half mile trioval.

The Turner Motorsports group only has one other win this year besides Buescher’s win at Daytona and that came at the road course of Road America.

However this week with Buescher, Justin Allgaier and Brad Sweet driving the three Chevrolet’s they could make noise at the 250 mile event this Friday. After all, Buescher proved in February, sometimes to win a race all you have to do is have a car that stays in one piece and be in the right place at the right time.

At Talladega, Logano pulled a last second pass on cup teammate Kyle Busch, with a few hundred feet to go, and made the race winning pass.

Last July, Logano didn’t have to make a last lap pass he did have to hold on to his car as a fast charging Red Sorenson who was pushing Jason Lefler. Logano kept high, and the momentum to win the race.

With two ristictor plate wins under his belt in the Nationwide series, along with the fast cars and incredible luck Logano found through the months of May and June, it could be Logano winning again at Daytona.

Other drivers to watch will be Logano’s teammate for the race, Clint Bowyer. Bowyer will be making his first start in a Joe Gibbs Toyota, and his record on the high-banked superspeedways of Talladega and Daytona is pretty impressive in the cup series. Also there is Brian Scott, who even though he has had bad luck at the plate races he could help the Gibbs trio race to victory Friday night.

The Busch brothers are also two drivers to watch during the race as well. Kyle, was leading the Talladega race before he was passed by Logano.

Kurt Busch on the other hand, has been fast at ristrictor plate races, he just hasn’t won one yet. If he or any of the other 43 drivers are at the right place at the right time, they can find themselves in victory lane on Friday night.